Ending of the International Space Station

The ISS was created to last 30 years, and it is already over 20 years old. ISS partners are committed to operating it until 2024, NASA believes it is safe until 2028, and the U.S. Space Agency endorses keeping it operational until 2030. Either way, the end of the ISS is in the near future.

As it ages, the risk of impacts from space debris and micrometeorites increases. If humans don’t retire it, eventually the hazards of space will. Not only does the retirement of the ISS signify the end of the station, but it also marks a possible break of NASA and Americans in space. To avoid this, NASA is in talks to transition the ISS operations to commercially provided missions in space.

Work on the ISS has proven that microgravity benefits the manufacturing of high-value materials like fiber optics, drugs, semiconductors, and bioprinted human organs. As a result, space will likely become a place to manufacture these products as a way to make manufacturing cheaper for companies.

The cost of space manufacturing has decreased drastically due to the efforts of private companies like SpaceX and Blue Origin, making it much easier and cheaper for these products to be made in space and then brought back to Earth. Additionally, improvements in 3D printing allow more of the work to be done in orbit, rather than with rockets from the Earth. For example, Made in Space put the first 3D printer in space in 2014 and is currently developing an orbital platform that could assemble structures in space.

This massive push towards space manufacturing is clear in the numbers: in 2020, space startups invested $7.6 billion, and in just the second quarter of 2021, $9.9 billion was invested in all space companies.

In addition to manufacturing, the mining industry is interested in the final frontier as well. There are thought to be over a million times more mineral resources in space than on Earth. NASA estimates that the mineral wealth of asteroids in the asteroid belt might exceed $100 billion, and the greenhouse gas emissions from asteroid mining could potentially be much less than on earth. Some private companies have already begun outlining plans to source materials from space in a more sustainable way than on Earth.

Private companies like Blue Origin, Virgin Galactic, and SpaceX have started launching their first non-astronaut passengers to space to make their mark on the space tourism industry. In July of 2021, business owners Richard Branson and Jeff Bezos took an orbital space trip with their respective companies of Virgin Galactic and Blue Origin.

In September 2021, SpaceX made strides into space tourism when four civilians, who six months ago had no spaceflight training, took a three-day spin around the Earth in a SpaceX rocket. SpaceX says this is just the beginning; they have five missions already planned in the next months and years. SpaceX’s goal is to make space travel a more regular occurrence so that when Earth’s orbit has more manufacturing facilities, outer space is more accessible for the general population. Additionally, space tourism may also help fund SpaceX’s goal of putting humans on Mars.

Even though this part of space in tomorrow’s world may not generate too much revenue, it could bring more interest to the sector and help it grow.

Putting humans on Mars may not be such an impossible task in tomorrow’s world. NASA wants to send astronauts to Mars at some point in the 2030s, the United Arab Emirates has a 100-year plan to create a colony there, and Elon Musk, the founder of SpaceX wants to send humans to Mars in this decade.

However, there are many scientific problems that face a human mission to Mars. For example, the mission just to get to Mars is about six to nine months. The astronauts on board need enough oxygen to survive this over a year-long journey. Getting four astronauts off of Mars would require about 15,000 pounds (7 metric tons) of rocket fuel and 55,000 pounds (25 metric tons) of oxygen. The group of four astronauts would also need about one metric ton of oxygen between them to breathe on Mars for a year. The hauling of about 30 metric tons of oxygen all the way to Mars to get back to Earth is a nearly impossible task. The Mars Perseverance Rover recently found a way to convert CO2 to Oxygen with help from semiconductors, but there is still a great deal of work to be done until this is conceivable for a human mission. 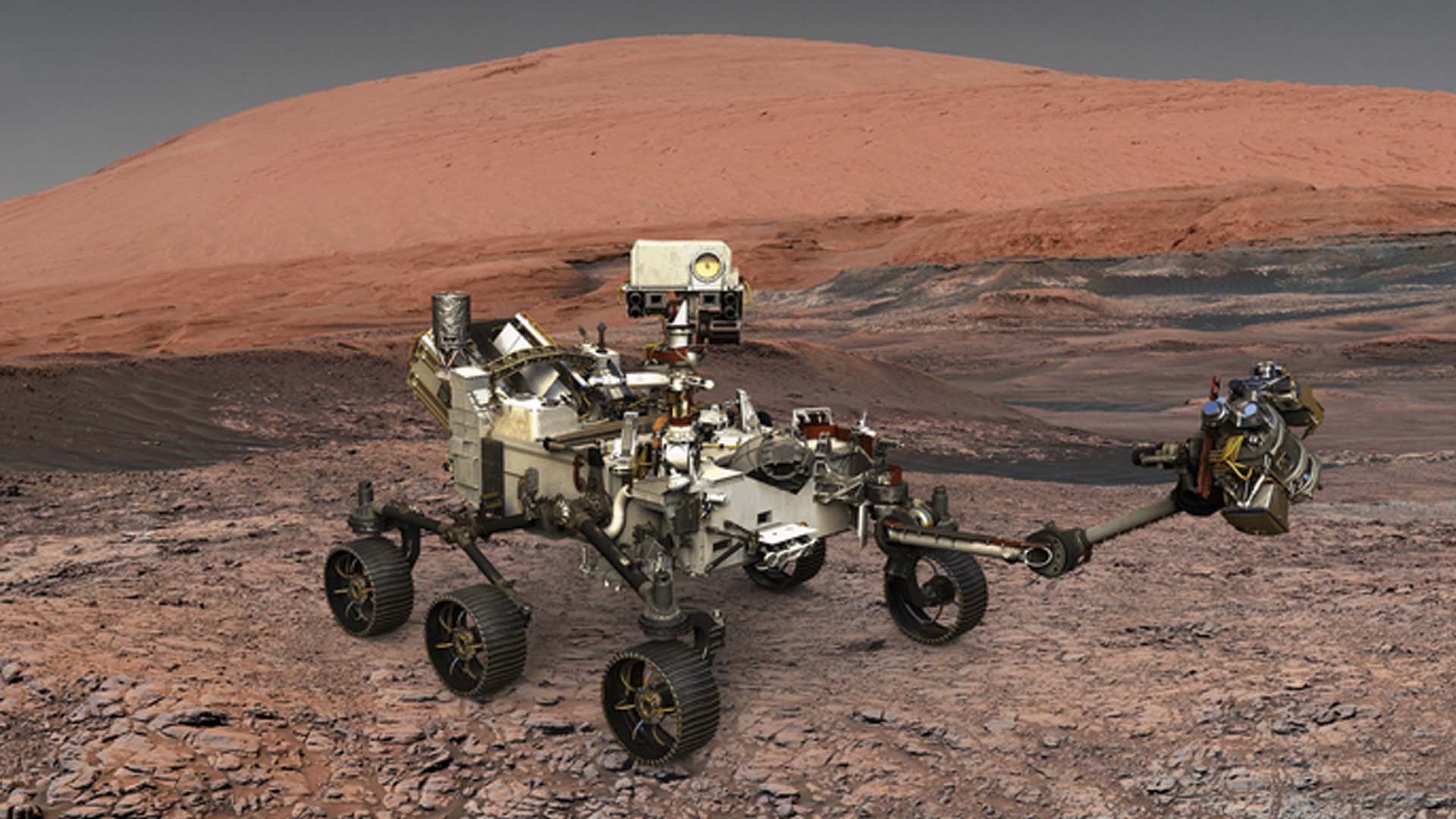 Additionally, this long of a flight would expose humans to solar flares which is the most powerful explosion in the solar system—a flare is equivalent to 100 million hydrogen bombs. If a human is exposed to this, the radiation damage it causes would not allow them to survive for more than a few days.

To discover more about space innovations, tune in to Tomorrow’s World Today’s “Semiconductors in Space” on October 9 at 8:30 am EST on the Science Channel and October 10 at 6:30 am on the Discovery Channel.

Can’t wait until the weekend to watch? Stream it NOW on SCIGo and Discovery GO.