Home / Innovation / How We Could Live And Breathe On Mars

How We Could Live And Breathe On Mars

Would you live on Mars?

Living on Mars may not just be a science fiction story anymore. Using the innovative science and technology behind NASA’s Mars Perseverance Rover, breathing on Mars is now more realistic than ever before. 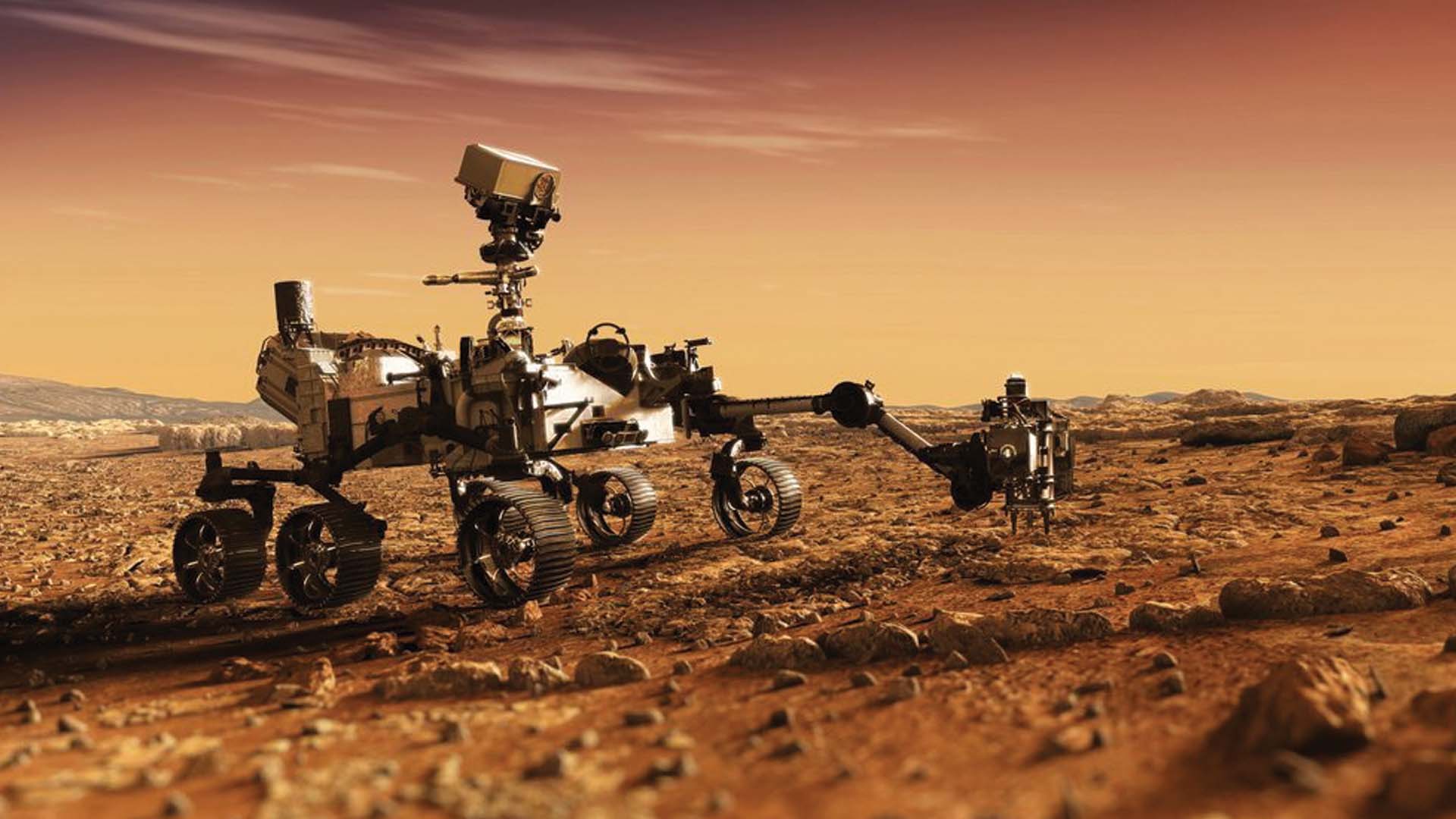 MOXIE works similarly to a tree, breathing in CO2 and breathing out oxygen. Once the CO2 is taken in, it is compressed and filtered to remove any contaminants. It is then heated to separate the oxygen and carbon monoxide. The oxygen is further isolated by a ceramic component, and the oxygen ions merge into O2. The waste carbon monoxide is dispelled back into the atmosphere.

This process requires an extremely high level of heat—about 1,470 degrees Fahrenheit. For MOXIE to accommodate this temperature, its materials are all heat tolerant. For example, there is a thin gold coating on the outside of it that reflects infrared heat so that it does not radiate outward and damage other parts of Perseverance.

In this first demonstration, MOXIE produced just about 5 grams of oxygen, equivalent to about 10 minutes worth of breathable oxygen for an astronaut. At full power, MOXIE can generate up to 10 grams of oxygen per hour. However, the MOXIE on the Perseverance Rover is just a taste as to what is to come. Future oxygen generators must be about 100 times larger in support to human missions.

The oxygen is not just for humans to breathe on Mars; rocket propellant depends on oxygen as well. This means that future astronauts will need to rely on producing oxygen on Mars to get back to Earth. Getting four astronauts off of Mars would require about 15,000 pounds (7 metric tons) of rocket fuel and 55,000 pounds (25 metric tons) of oxygen. The group of four astronauts would also need about one metric ton of oxygen between them to breathe on Mars for a year.

The hauling of 25 metric tons of oxygen all the way to Mars to get back to Earth is a nearly an impossible task. However, transporting a one-ton oxygen converter (a future descendant of MOXIE) that can produce the 25 tons is a much more practical solution, making it the main motivation for the mission.

There is a lot of room for MOXIE to grow, and many years and innovations must take place before life on Mars is viable. However, MOXIE marks the first instrument to produce oxygen in another world, and the first technology that can help future missions “live off of the land” with the resources at the space site. MOXIE signifies a huge leap for the future of Mars exploration and a vital step in having humans on Mars.

More About the Mars Perseverance Rover

The Mars Perseverance Rover is the fifth robot NASA has sent to Mars. Its purpose is to better understand the geology of Mars, seek signs of ancient life, and test new technology to benefit future robotic and human exploration of the red planet. The rover will also collect and store rock and soil samples and return them to Earth.  It launched on July 30, 2020 and landed on Mars on February 28, 2021; it will spend about two Earth years exploring the region.

Alongside the MOXIE, there are six other instruments on the rover to aid in the science and technology research objectives. For example, the Mastcam-Z has an advanced cameras system to study surface materials, and the SuperCam examines rock and soil with a camera, laser, and spectrometers to look for organic compounds.

It is no easy feat for the Mars Perseverance Rover to successfully get to Mars in the first place. The rover is testing new technology for future robotic and human missions to Mars such as an autopilot for avoiding hazards and a set of sensors for gathering data during the landing.

Furthermore, a main issue of any space travel is radiation. This is especially pertinent on the 300 million mile space mission to Mars. The rover must be able to withstand the immense amount of radiation in space. A solution is injecting radiation hardness into the semiconductors from companies like CAES so they can withstand extreme environmental conditions. Specific to the Mars Perseverance Rover, the robot traveled in a protective aeroshell with a backshell and a heat shield for it to withstand the radiation and temperatures in space.

Explore the World of Innovation, and discover the science behind roller coasters, the evolution of energy, and what you need to know about electronic recycling.