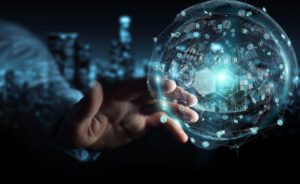 If you’ve watched any science fiction movie from the last… ever, you’ve probably been exposed to the idea of a hologram. The concept of being able to project your image or recreate something without it physically being there is insanely tempting. In fact, for many, holograms are the very definition of “future technology.”

But here’s the thing: the future always eventually becomes the present.

While holographic meals a la Star Trek are still beyond our grasp, holographic projections are already bordering on commonplace. In the entertainment industry, holograms are used fairly regularly to bring performers, even if they don’t live themselves. And it’s been around for longer than you might have realized.

In 2006, the animated band Gorillaz performed alongside Madonna at the Grammys. The “live” show was clunky and not entirely convincing, but it was the first sign that such technology could be used in the music industry. It wasn’t until 2012 that “true” holographic musicians would hit the stage, when the late Tupac Shakur appeared at Coachella. While the performance itself received mixed reviews, the notion of bringing back dead celebrities as holograms was firmly planted in the publics’ brains.

Although calling it a “hologram” is a bit of a stretch. In truth, most “holograms” are just advanced versions of the Pepper’s ghost illusion. Dating since the 19th century, the technique uses sheets of glass that reflect certain images onto another screen, giving the illusion of something being projected into the main viewing area. It’s deceptively simple but fairly believable, especially from a distance. It’s the same trick used to pull of the dancing ghosts on “The Haunted Mansion” rides in Disney parks.

The same trick used to resurrect Tupac was also what revived Michael Jackson to perform at the 2014 Billboard Music Awards. Since then, virtual tours have begun popping up across all genres. Recently, Swedish pop group ABBA announced their plans to release new music and perform it as holograms. It’s been a project teased since 2016, but details are still scarce. Similarly, late founder of the United Arab Emirates Sheikh Zayed Bin Sultan Al Nahyan gave a speech via hologram to commemorate his 100th birthday. (You can watch the speech in the video below.)

Perhaps the musicians that have most benefitted from the rise of holographic technology would be fictional bands. As previously mentioned, Gorillaz has performed using the tech and continues to do so with better equipment. “Audiovisual collective” Studio Killers held a live show in July 2014 after a successful crowdfunding campaign. Hatsune Miku, the world’s premiere digital diva, has been brought into the real world via hologram since 2009. Even companies like Nintendo are getting in on the act, bringing the idol duos of the Squid Sisters and Off the Hook from Splatoon and its sequel to life at gaming conventions worldwide.

So, what’s next for holographic music? American rock group A Perfect Circle just released their new album “Eat the Elephant,” self-described as “the world’s first holographic album.” Using a prism included in the deluxe version and your smartphone, photos and videos are projected and seemingly become 3D within the prism’s borders. The deluxe edition is currently sold out and costs $125.

Admittedly, none of this lines up with what science-fiction taught us about holograms. We aren’t creating food out of thin air like Plankton on SpongeBob SquarePants. But holograms have, nonetheless, come a long way. From Pepper’s ghosts to virtual idols, we’ve been perfecting the illusion of bringing a 2D image into the 3D world. There are still flaws to fix and improvements to be made, but the technology is evolving. And entertainment is evolving right alongside it.

Learn more about the World of Innovation, and discover the science behind exercise, the evolution of energy, and the production of game controllers.