When video games first became commonplace- be it on home consoles or in arcades- most didn’t have an intricate story to speak of. Pac-Man was hungry, Mario had to save the princess, and Pong was… well, ping-pong. That’s not to say that some games didn’t have more involved plots, but they were often told through manuals that came with the game or via a text scroll when you first booted it up. For the most part, games were devoid of elaborate tales.

It made sense, given the technology at work. Early video games are downright primitive compared to the HD releases we have today and were often already pushing the limits of their systems to even function properly. But now, with hardware more than powerful enough, games can explore storytelling much further than could ever be dreamed of in the 80s- and yet, many remain fairly simplistic. Pac-Man is still hungry. Mario is still saving the princess. On the other hand, there are also games with extremely well-received plots that are equally beloved. How is it that the two can coexist and neither be considered inferior?

The Types of Games
Perhaps the most obvious explanation for why there’s no story in a video game is simply what kind of game it is. Tetris has utterly no plot to speak of, and it doesn’t need one. Puzzle games are, by and large, self-explanatory. While there are puzzle-based games with stories- the Professor Layton series being a good example- it’s not required for games like Bejeweled or Candy Crush. If you know the controls, you know all you have to.

Role-playing games, on the other hand, need a compelling story in order to fully immerse the character. The Final Fantasy franchise wouldn’t be as beloved and long-running as it is today if it lacked a relevant story. It’s also why the original Mass Effect trilogy were so revolutionary; aside from being able to influence your character’s development through choices (and thus, effect the plot), your version of Commander Shepherd could be carried through all three games, making it all the more personal for the player.

Stories as a Framing Device
Sometimes, a story is nothing more than a device to move the characters between events. You see this a lot in action movies. Sure, the plot may be predictable, but who cares when there are so many awesome fight scenes? Video games utilize this same strategy: a simple plot is introduced, and resolving it is your eventual end goal. Until then, just enjoy the game.

This is the method that Nintendo’s Mario games often rest their hat upon- more often than not, it’s up to the plumber to rescue Princess Peach from Bowser. It was true for the original Super Mario Bros., and it continues for Super Mario Odyssey. That doesn’t keep Odyssey from being innovative and groundbreaking in its own right, and there are plenty of side quests with their own simplistic storyline to complete. But if visual novels like Danganronpa or Ace Attorney were to try this method, they would be ridiculed. Because visual novels lack extensive or elaborate forms of gameplay, they rely on their stories to be entertaining.

Outside Sources
Some games don’t have plots within the game itself. This is most common in multiplayer games like League of Legends or Team Fortress 2, both of which utilize animated shorts and comics to detail their worlds and the characters who live in them. The games themselves may have hints or references to such lore, but it’s not necessary to enjoy the game as is. 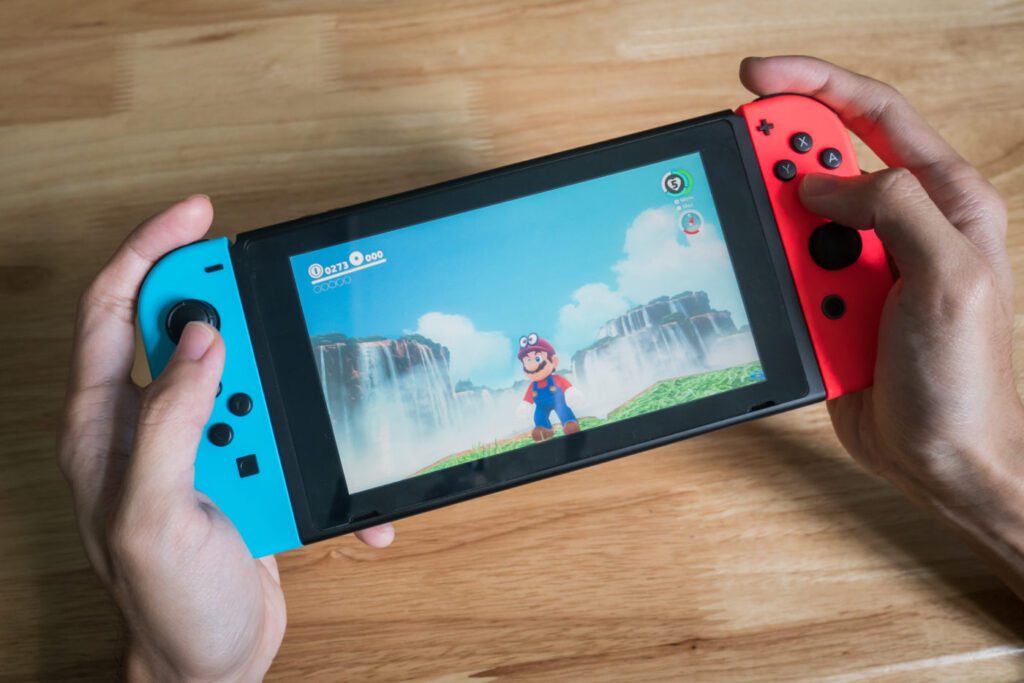 They might also have a story campaign away from the main game mode. Last year, Overwatch used such a technique to show one of the character’s first missions as an agent of the titular group. Splatoon, on the other hand, has a rather lengthy story mode, but none of it is necessary to enjoy the online content that made it a sleeper hit in the first place.

Games are a form of storytelling like no other. Because of the interactivity they provide, they allow for choices to be made and the resulting consequences be dealt with by the player. But there’s nothing wrong with a simple plot, either, as long as the gameplay holds up. Simple can still be brilliant, after all, and the future of video games is likely going to be even more brilliant than we can imagine.