Explore a new museum this year.

For all of the art and history enthusiasts beginning their 2023 travel plans, here are some of the most anticipated museum openings this year. 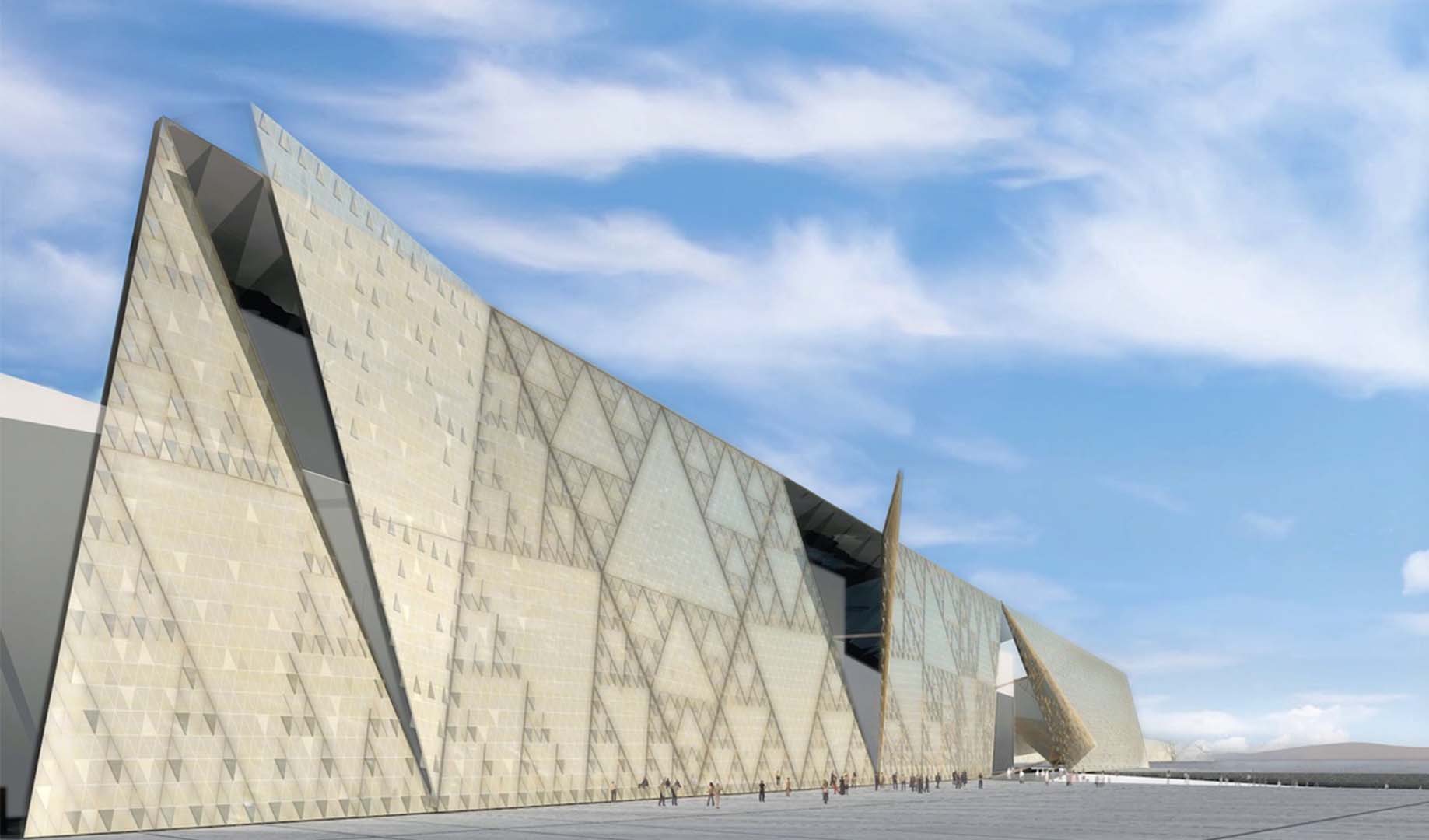 A result of roughly 20 years of planning, The Grand Egyptian Museum has had its opening date pushed back for many years but it’s finally expected to open in the first half of 2023. The museum announced it as “99% finished” in October of 2022 and, though it hasn’t declared an official opening day, it has announced some preliminary testing events as well. When this museum finally opens its doors, it will be the world’s largest archaeological museum complex due to the vast amount of antiquities housed at the museum.

Located roughly a mile away from the famous Giza pyramid, the museum is roughly 484,000 square feet and it will be the largest museum in the world dedicated to a single civilization. The museum will house showpieces collected by archaeologists and egyptologists, notably including artifacts from the reign of King Tutankhamun and early Pharaohs. The full collection will include roughly 100,000 artifacts, many of which will be available to the public for the first time as they were previously in storage in Luxor, Alexandria, Sohag, and Beni Suef. 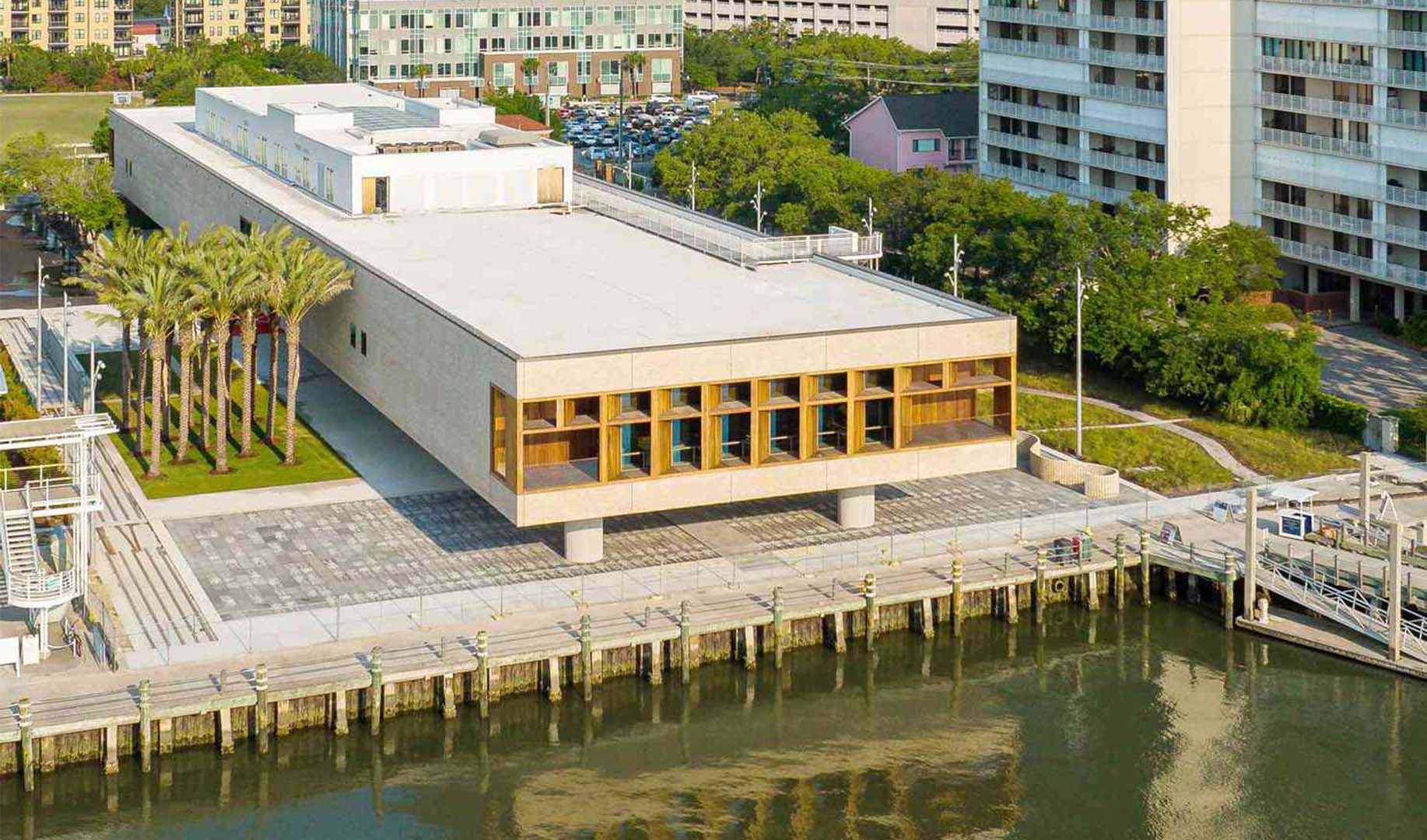 Set to open in late January 2023, The International African American Museum is one of the most anticipated museum openings of this year. Located at Gadsden’s Wharf, a significant site based on the museum’s history as Gadsden’s Wharf was once the largest slave port in the United States.

Construction of this museum began in January 2020 and it is a result of almost two decades of planning. Approximately $75 million was set aside for the construction of the museum with $25 million raised from public donations. The museum spans 150,000 square feet and was designed by the late US architect, Henry Cobb. The building stands on a series of 13 ft tall pillars above a memorial garden designed by landscape architect Walter Hood. According to the museum board, the exhibitions will focus on sharing ‘untold stories’ of African American people throughout their history in North America. The displays will blend classic storytelling techniques with new approaches enhanced by innovative technology and digital displays. 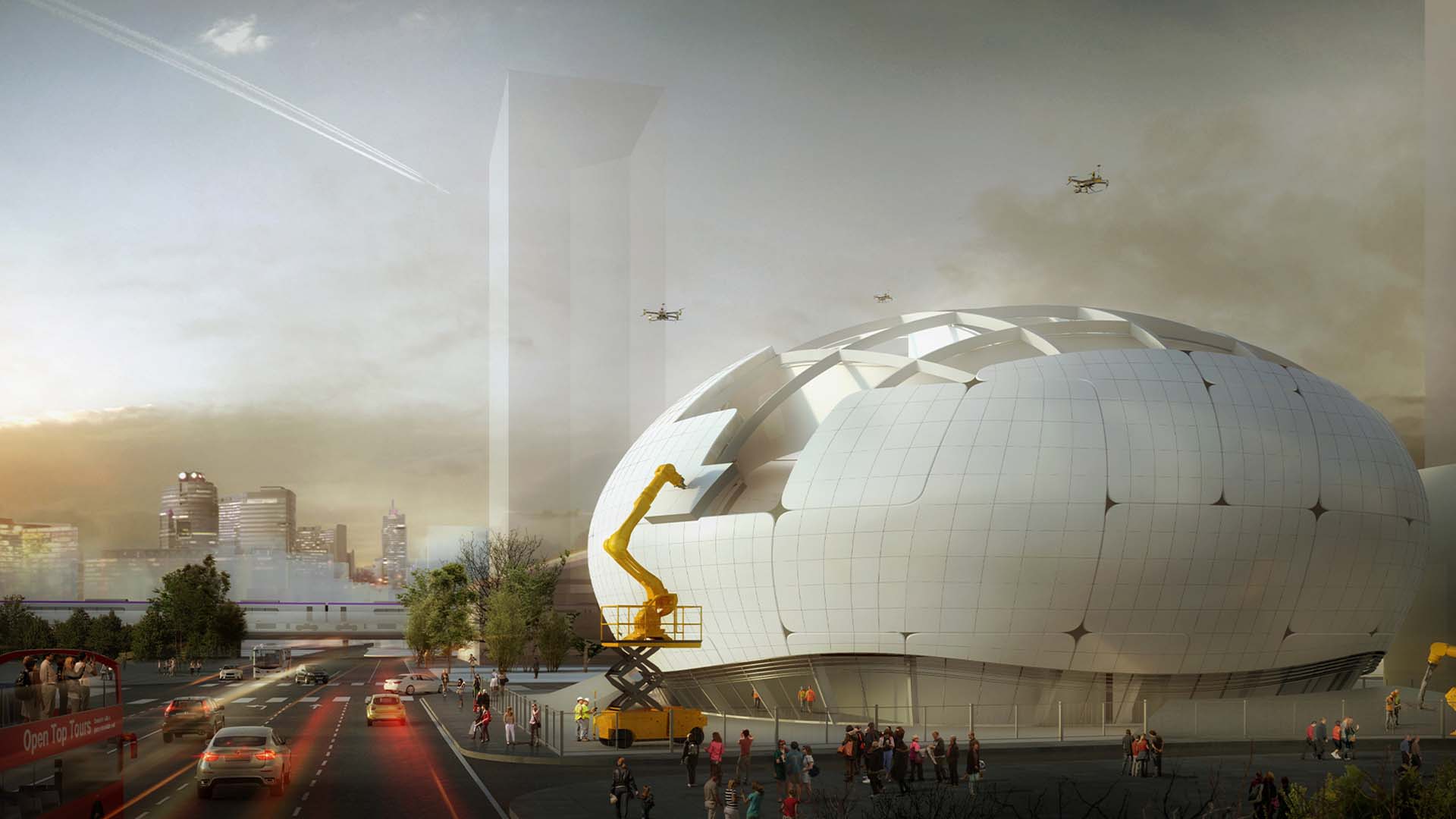 Designed by an architectural firm following an open submission competition process, The Robot and AI Museum is set to open in Seoul this year. The Turkish firm, Melike Altinisik Architects, submitted its design to the Seoul Metropolitan Government after announcing its ambition to pioneer a museum dedicated to AI and robotics. The idea behind the museum is to support public education in machine learning and robot technologies while helping to inspire the next generation of programmers and technology enthusiasts.

Scheduled to open in July 2023, this museum covers roughly 79,000 square feet and possesses a distinct round design that is meant to appear futuristic. Located in the Chang-Dong neighborhood, it will be the first museum in the country devoted to AI and robotics. Planning to display drones and other examples of self-learning systems throughout, the museum’s construction itself utilized robotics systems as well. 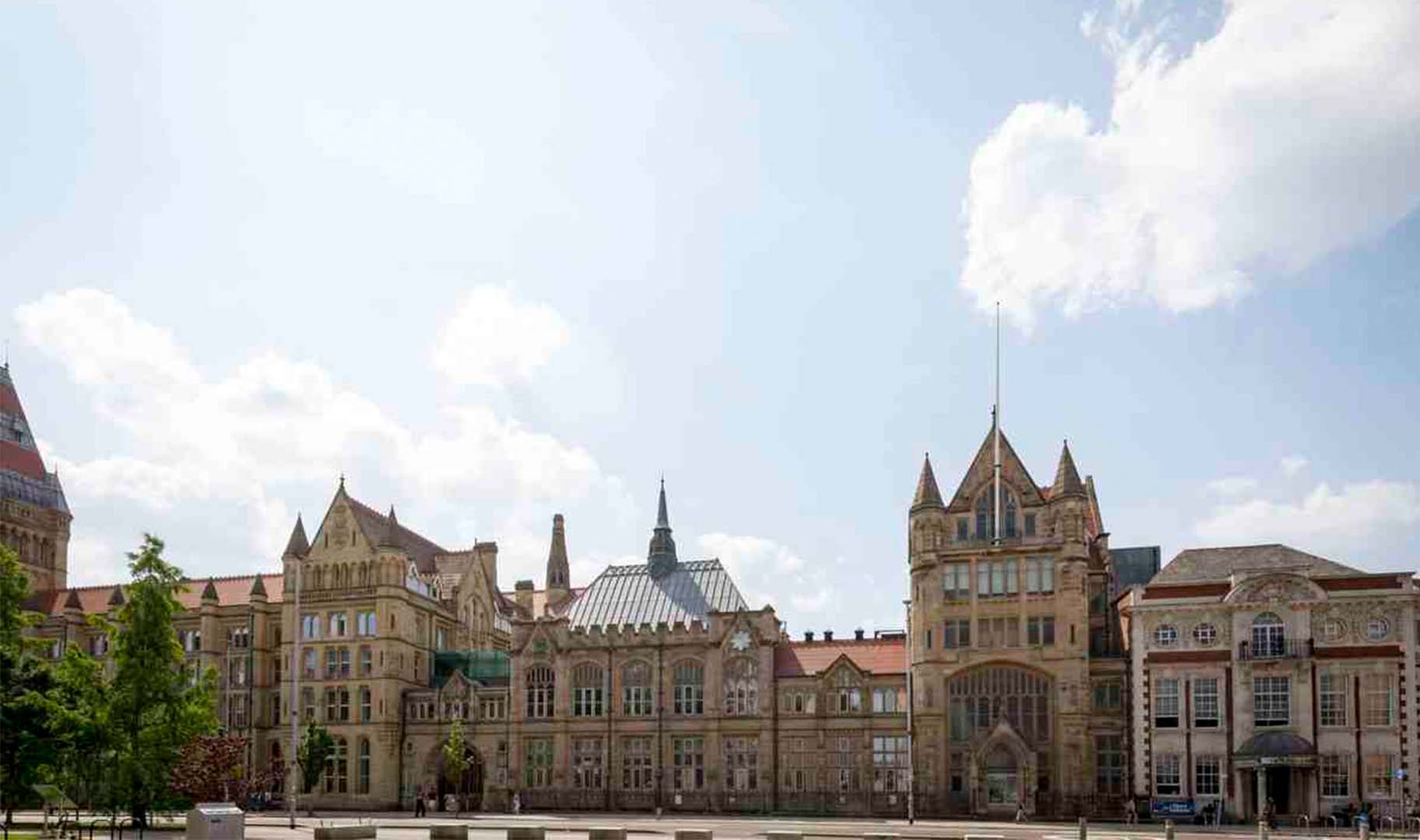 Originally founded in 1867, the Manchester Museum has historically devoted itself to public education in anthropology, archaeology, and natural history. The museum is part of the University of Manchester and its collection has been housed in the buildings since the campus was first built. In August 2021, however, the museum announced a redevelopment program with a roughly $17 million dollar budget. The new museum is now set to open in February 2023.

One of the major updates to the museum is a two-story extension with a modern style. With green-glazed terracotta tiling, the new building adds a significant amount of space to the museum. The new gallery will be devoted to a brand-new exhibition hall which will house rotating temporary exhibitions. Additionally, galleries dedicated to the museum’s South Asian collection and East Asian culture (known as the Lee Kai Hung Chinese Culture Gallery) will also be added. This will free up more space throughout the museum to display more of the museum’s current collection than ever before. 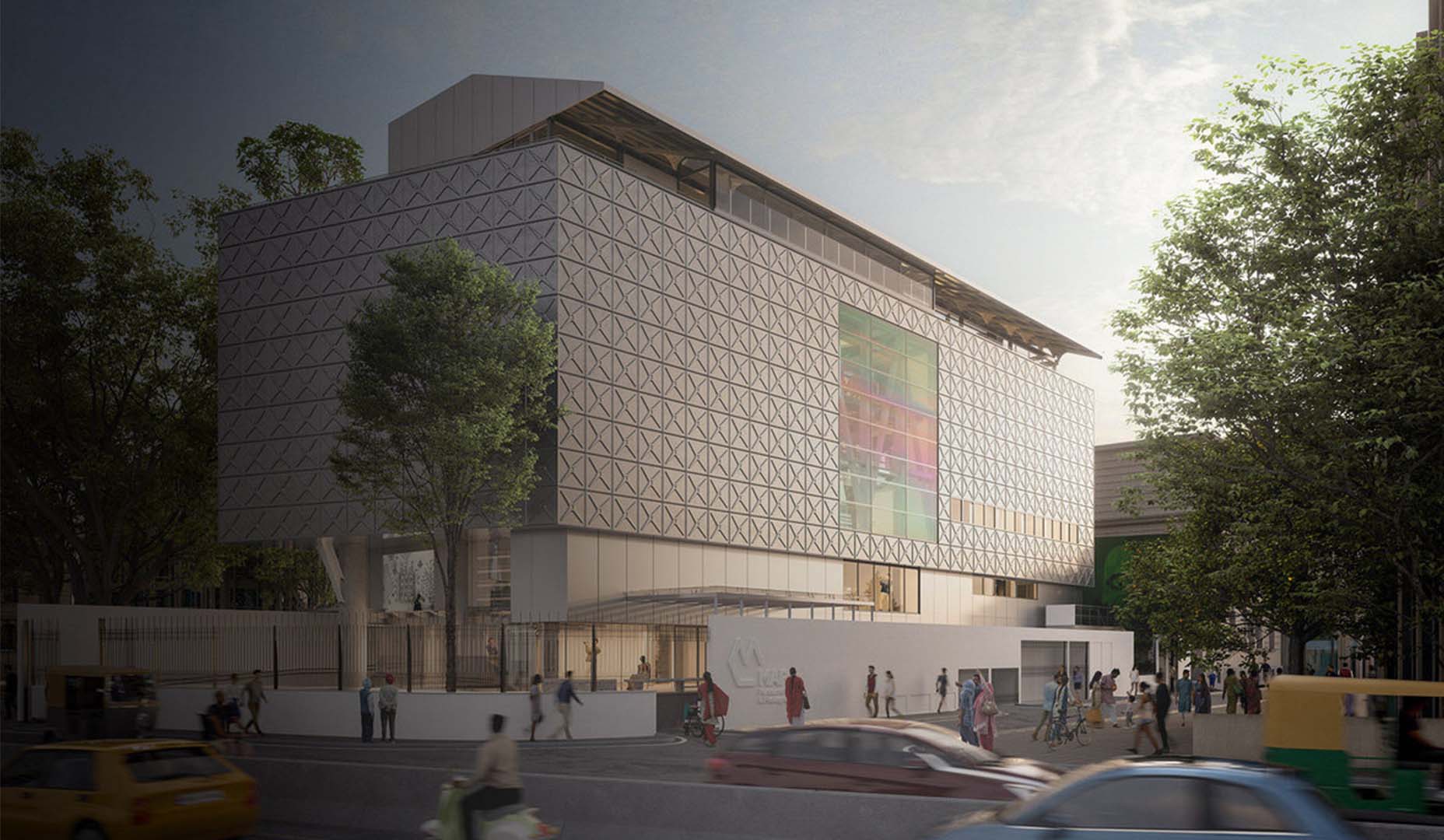 5. The Museum of Art and Photography (Bengaluru, India)

Also scheduled to open its doors in February, the Museum of Art and Photography is designed to cover a variety of visual media from the last one thousand years from the sub-continent. Located on Kasturba Road in the city, the gallery is already home to roughly 60,000 artworks that will represent all of South Asian art’s many diverse styles.

In addition to the paintings and prints, the collection will house a number of 21st-century digital artworks in partnership with big tech companies such as Microsoft and Accenture. Some of the digital displays are available for preview on the museum website, including Painted Stitches, and Woven Stories-II, which is a digital exhibition that focuses on Indian fabric designs over the years. The museum will have four galleries totaling 44,000 square feet and the bulk of the pieces are derived from a private collection owned by Abhishek Poddar, an industrialist who was a catalyst behind the development of the museum. Portions of the collection have also been donated by Indian businessmen Deepak Puri and Rahul Sabhnani.

For more blogs about 2023, check out space events happening this year, the year’s best travel destinations, emerging artists to watch, and houseplant trends on the rise.