Nuclear energy extensive history of use in space.

Nuclear energy has an exciting future, from providing power to remote locations and after a natural disaster to helping reach the global goal of achieving net-zero carbon emissions by 2050. However, nuclear energy’s history is equally as exciting—especially its extensive use in space.

NASA has safely used nuclear energy in space since the 1960s, mostly in the form of radioisotope thermoelectric generators (RTGs). RTGs convert heat from the radioactive decay of Pu-238 into electricity using specialized thermocouples. These are devices that make electricity without moving parts that might fail during a long space mission. RTGs are used whenever lack of sunlight, rugged conditions, or the length of the mission necessitates a robust, long-lived power supply.

In 1961, the Johns Hopkins University Applied Physics Laboratory launched the U.S. Navy’s Transit 4A navigation satellite. This was the first U.S. spacecraft in history to get power from nuclear energy, and the radioisotope-powered generator produced 2.7 watts of electrical power, which is about enough to light an LED bulb. This mission confirmed that the Earth’s equator is elliptical and set the stage for the successful use of nuclear energy in space.

In 1977, Voyager 1 and Voyager 2, both powered by nuclear energy, were launched, allowing us to travel further from the sun. The two missions both remain in interstellar space, making them the most distant human-made objects in space.

Also powered by nuclear energy, Cassini is an ongoing exploration of Saturn and its moons; it entered Saturn’s atmosphere in 2017. The Curiosity Rover launched in 2011 and is still roaming Mars with support from nuclear power. Curiosity studies rocks and the climate, helping us understand Mars’s conditions. 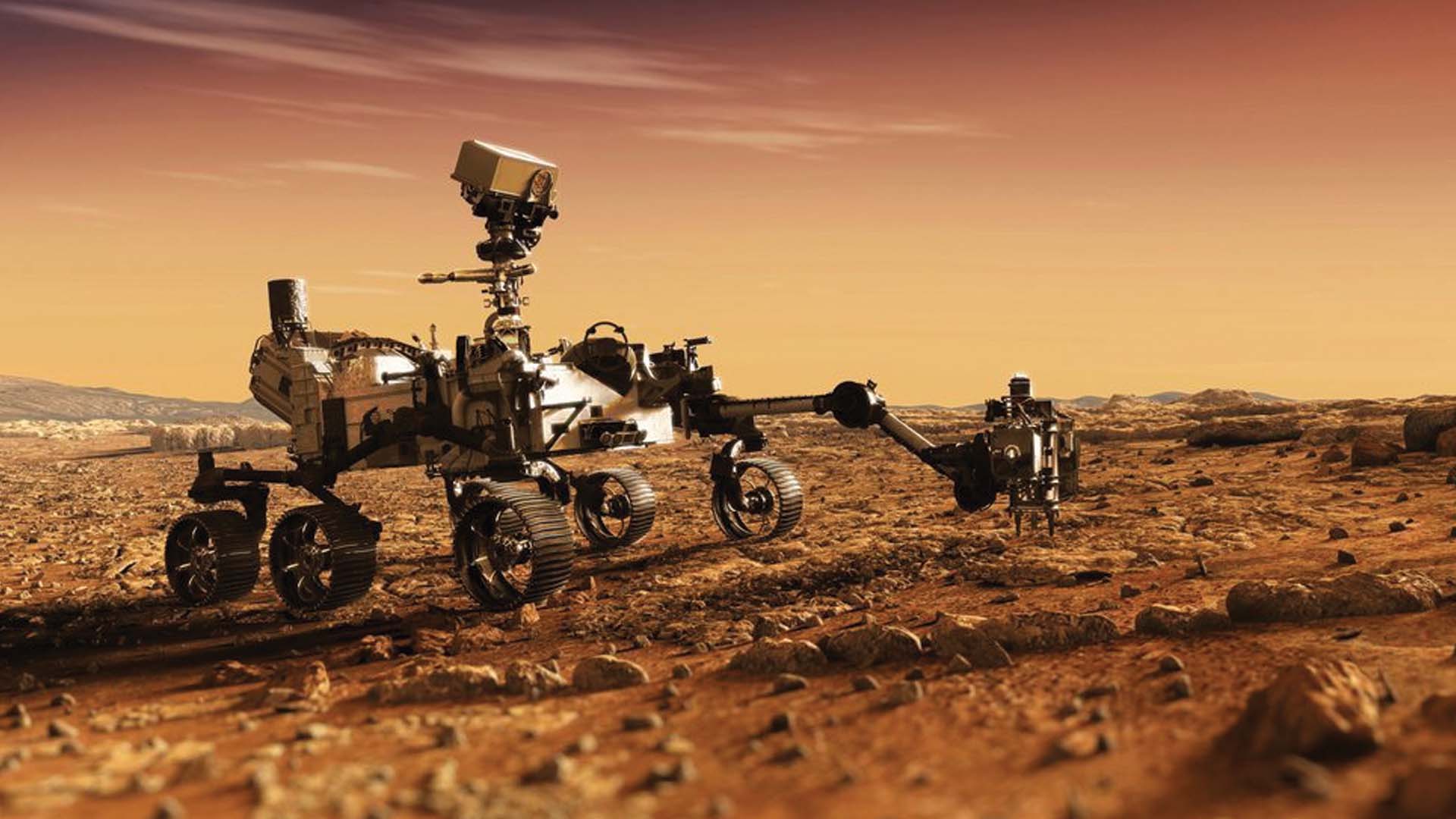 MMRTG is NASA and the Department of Energy’s current flagship nuclear power source for space missions. It is designed to work in both the vacuum of space and/or within the atmosphere of a planet. The excess heat energy from an MMRTG can be used as a steady source of warmth to maintain proper operating temperatures for a spacecraft and its instruments in cold environments, especially ideal for the freezing nights and winters Perseverance faces on Mars. Perseverance’s MMRTG is designed to produce 110 watts of power.

Looking towards the future of nuclear energy in space, NASA and its partners have set the goal for humans to get to Mars before 2040. This monumental trip presents many challenges; one challenge is power. The mission will require two special power sources: a propulsion system that overcomes the many limitations of conventional rockets and an electricity source for a research station on the Martian surface. Nuclear energy has been proposed as the solution to these power sources, using things like TRISO fuel and nuclear thermal propulsion.