A Brief History of Pottery

Pottery is one of our oldest handicrafts, but surprisingly little has changed in the past few centuries.

Out of all of humankind’s handicrafts, pottery is the oldest. Even writing, the very method of communication used to create this article, came after the first pots. And like many things, it’s theorized that it was discovered by complete accident.

In ancient times, people would transport water in handwoven baskets. The water, especially that from rivers, would have some clay in it. As the clay dried out, it would take on the shape of the basket. Eventually, people realized that these clay linings could be used as sturdy containers. They gathered clay, shaped it, and baked in the sun or hot ashes, sometimes decorating them with primitive tools. Thus, the first clay pots (and by extension, all of pottery) were born.

The first potter’s wheel is believed to have come from Sumer in 3129 BC, although there is evidence that points to other places of origin. Precursors to the wheel started appearing as early as 4500 BC though, so an exact date is likely impossible. That said, the idea of using a wheel to assist in the creation of pottery was shared by many cultures.

Nowadays, pottery is heated through the use of a kiln. It’s widely accepted that the ancient Egyptians created the first kilns, lined with bricks made with clay and straw for insulation. They were also among the first to glaze their pottery before firing. Much like their modern equivalent, this glaze gave the pottery a glass-like sheen and texture and made the item non-porous. 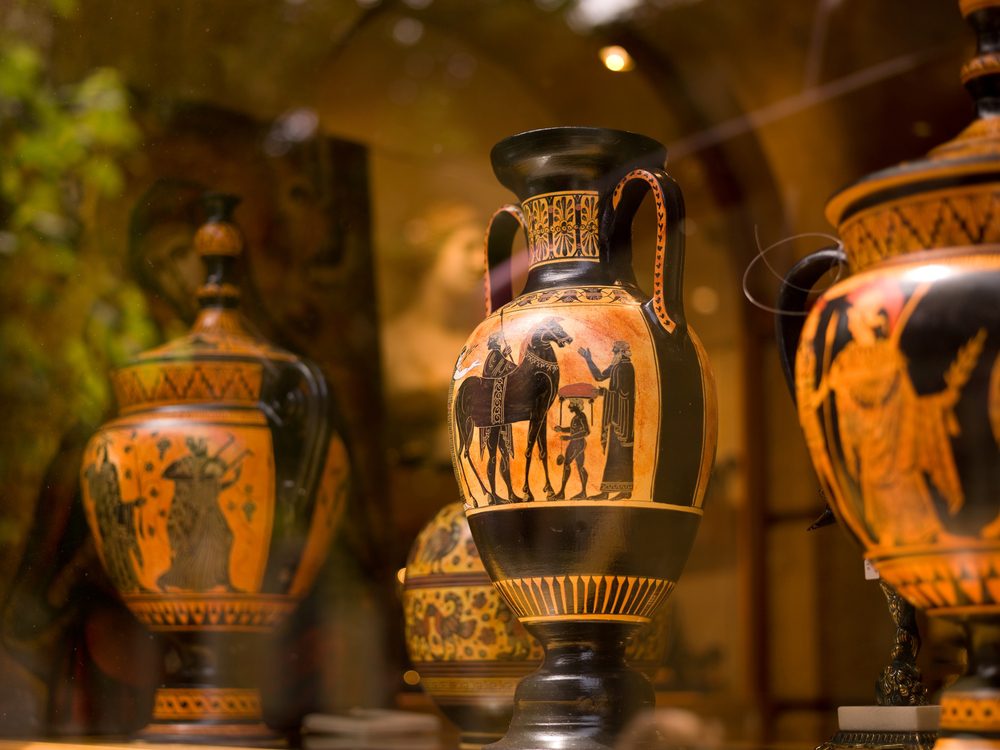 The ancient Greeks are also renowned for their pottery, particularlytheir vases. These pieces are frequently decorated with stories of mythological heroes and the Greek pantheon. Depending on what color clay was used- red or black- the background color would change. Black backgrounds were painted on red pots, for example, and vice versa.

Eventually, people figured out that mixing sand in with the clay resulted in pots strong enough to withstand being directly in a fire. This was likely sometime during the medieval period. The same concept is used today when creating casserole dishes for baking. It also helps prevent warping, cracking, or exploding inside of the kiln during firing.

It wasn’t until the thirteenth century that stoneware first appeared. In Germany, potters fired finer clays at higher temperatures. This created strong pots that were naturally non-porous. Stoneware is used not just for cooking but as decorative pieces as well. However, the durability and non-porous qualities keep it a popular choice in the kitchen to this day.

Porcelain is a special type of pottery first produced in China. Made from a mix of kaolin and felspar, the result was a very beautiful but fragile item. It was so popular that potters across Europe and the rest of Asia began developing new techniques in hopes of replicating Chinese porcelain. Whether or not they were successful in capturing the same beauty, however, is up to personal preference. 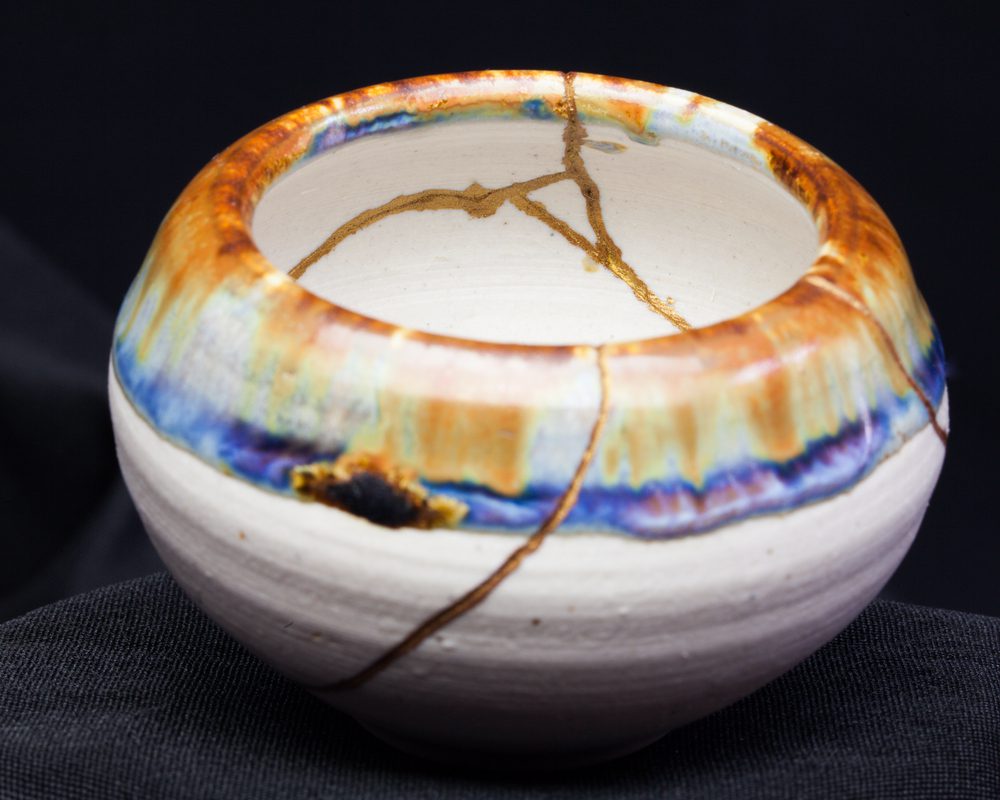 Like many things, however, pottery can be extremely fragile. While it’s depressing when such pieces of art are broken, there’s an art form to repairing them as well. The Japanese practice of kintsugi (literally “golden repair”) takes pieces of pottery that have been broken and filling in the cracks with gold or silver. A longstanding tradition (with no exact origin date), it adheres to the philosophy that repairs shouldn’t be erased and should be considered a part of the pot’s history.

Whether you use clay pots simply for decoration or if you use them for something practical, you can rest easy knowing that these are the same purposes pottery has served since its creation. And it’s amazing to see how little has changed- after all, if it’s not broke, you don’t need to pour gold into it.

Explore the World of Creation, and discover the history of calligraphy, anamorphosis art, and ancient painting.