Home / Innovation / How Macy’s Parade Balloons are Made

Thanksgiving wouldn't be the same without them.

Happy Thanksgiving! Whether you’re tucking into a full turkey dinner or trying something a bit unorthodox, Thanksgiving is the day we celebrate all that we are fortunate enough to have. It’s also the day to watch one of the most popular programs on American television: The Macy’s Thanksgiving Day Parade. Since 1924, this parade has been enchanting viewers with elaborate floats and over-sized balloons of pop-culture icons. But this begs the question: how are the Macy’s Parade balloons made? 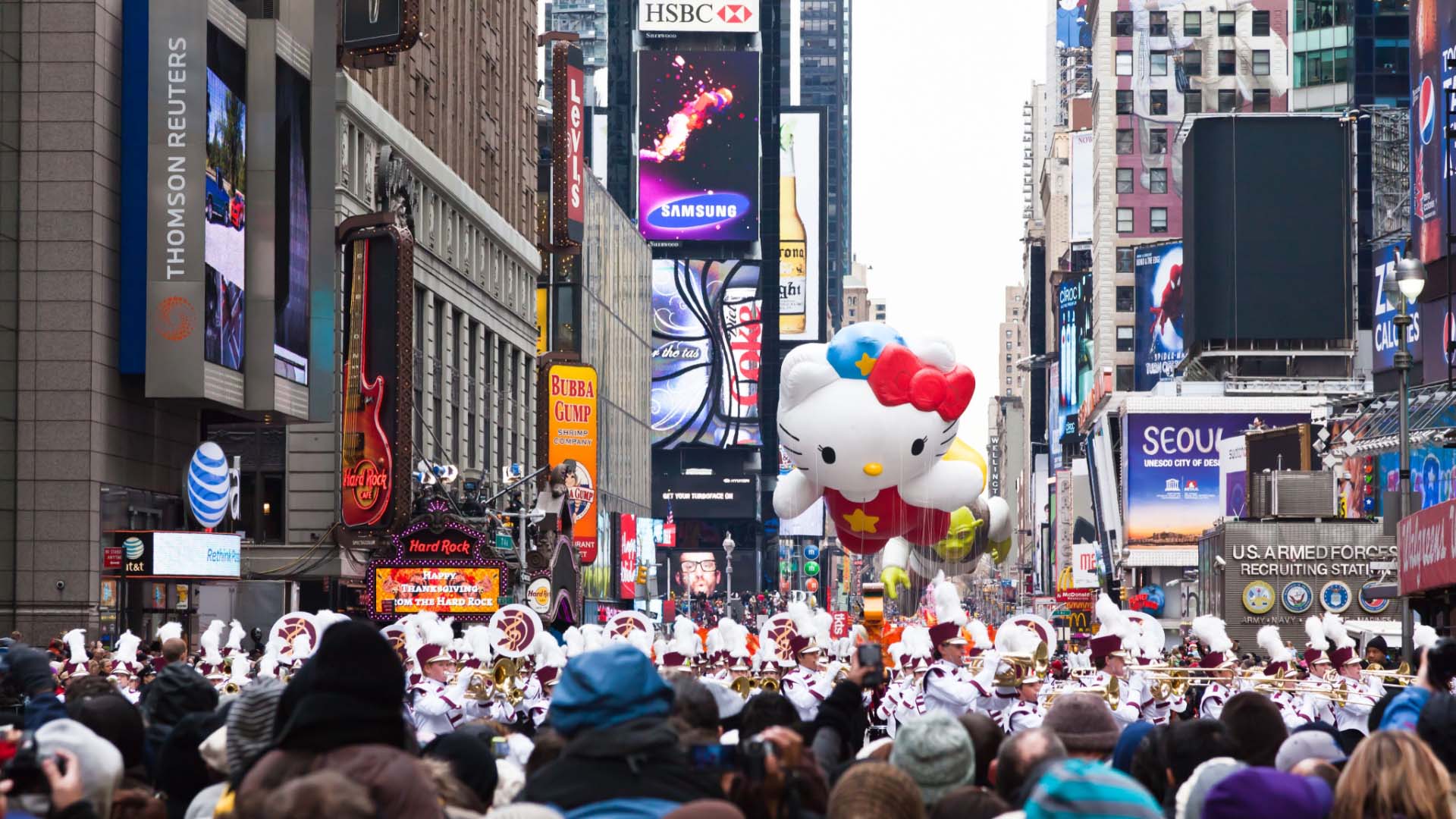 It begins with a pencil. The Macy’s Parade balloon designer sketches out the basic design or concept for a new balloon. These often have a starting point with whatever sponsor has purchased their spot in the parade. While the term “sketch” implies something simple, these first drawings feature extensive notes about the aerodynamics and engineering behind the balloon, along with base visuals.

Next comes a clay model, or rather, two of them. One is to further analyze the technical side, using the scale model to calculate density and factors like wind resistance. The other model is to pinpoint the exact colors needed to bring the balloon to life. You wouldn’t think sculpting would be a crucial skill for a Macy’s balloon designer, but it’s a multi-faceted profession!

A critical step is figuring out how much helium is required to fill the balloon. Not enough helium and the balloon won’t lift; too much and the handlers won’t be able to control it. It’s also important for calculating the overall cost of the balloon. Engineers calculate this by submerging the clay model in water. The displacement of the water, combined with the number of gallons needed to make the model float, gives them the magic number. While the numbers vary, the average is a whopping 12,000 cubic feet.

Finally, the moment of truth: making the balloon. When the Macy’s Parade first began, the balloon was sewn together manually from rubber. This was before the switch to helium (the balloons were originally filled with air). Today, polyurethane is used. The process is almost entirely automated, with the design being scanned into a computer. Machines cut the appropriate size pieces of material and heat-seal them together. Instead of the air hole seen on consumer balloons, these have zippers attached for easy deflation.

After the balloon is constructed, it is blown up and painted. Yes, the balloon is painted by hand, not printed on colored pieces of material. This allows for greater detail. The balloon is blown up prior to painting to prevent cracking. In many ways, it’s like painting a sculpture or a building. Not an inaccurate comparison, seeing as most Macy’s balloons reach heights over five stories.

Testing, as one might imagine, is especially crucial. While most associate the balloons with fun and cheer, there have been a few incidents throughout the history of the Macy’s Parade. The first was when a Mighty Mouse balloon collapsed in 1956 due to high winds. In 1993, Sonic the Hedgehog (or at least his balloon form) injured an off-duty police officer. The most damaging of these accidents is when a Cat in the Hat balloon hit a lamppost in 1997. The debris from the collision put a woman in a coma for over a month. For this reason, rigorous indoor and outdoor tests are conducted.

The handlers also go through their fair share of training. Well, the team leaders are the only ones required to attend, but all handlers are welcome. Lessons on aerodynamics, physics, and geometry are all on the lesson plan, making balloon-handling training sound more like a college science course. There is a practice session on the field- or street, anyway. Fun fact: balloon handlers must weigh at least 120 pounds, so as not to become airborne.

Finally, the balloons are finished and stored in the design studio. The studio itself isn’t actually at Macy’s, but rather in Hoboken, New Jersey in a former Tootsie Roll plant. The new balloons only make their way to Manhattan shortly before the Macy’s Parade. And once the spectacle is complete, it’s back into storage until next year, although they may be pulled out early for repairs and updates. 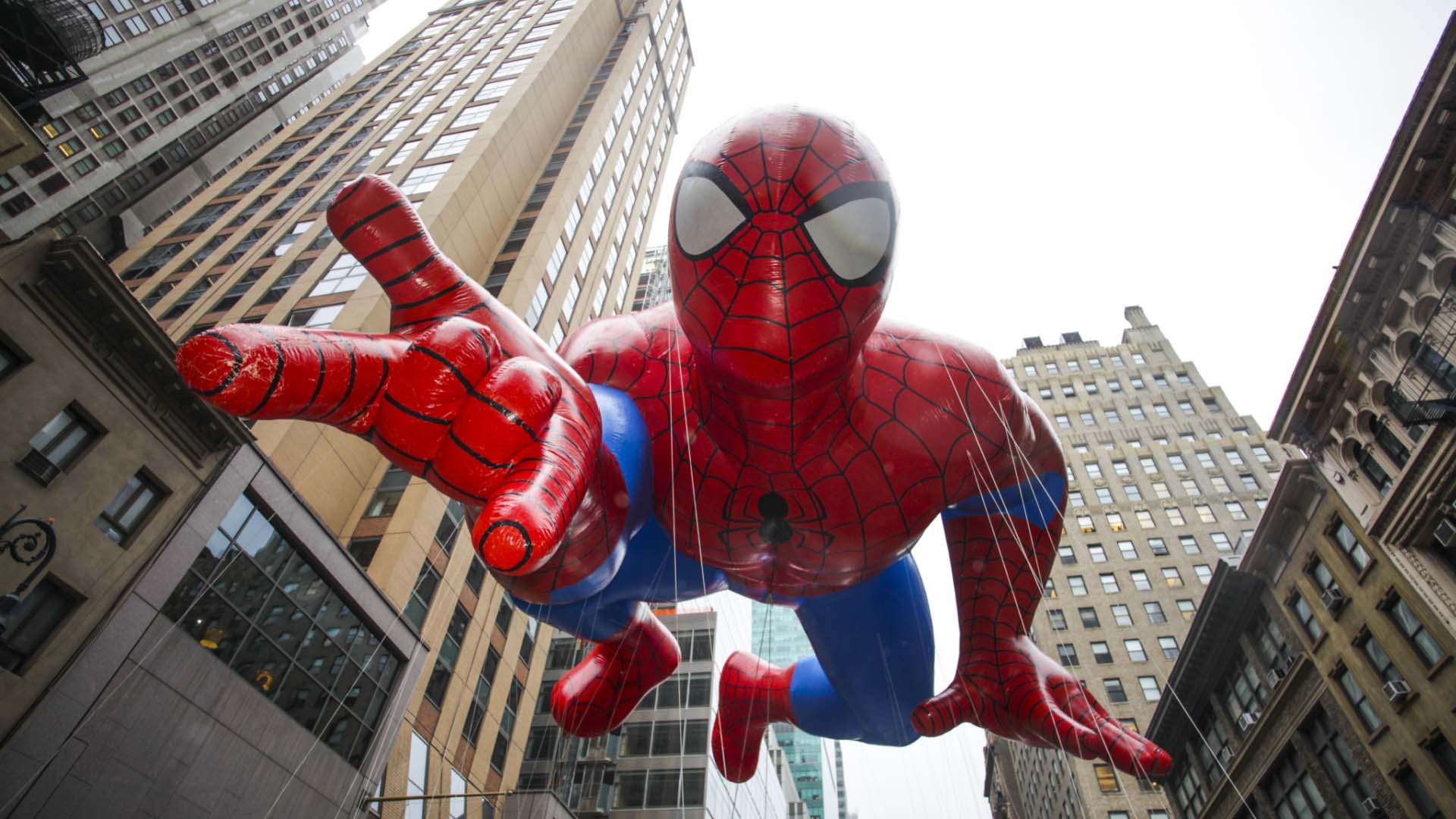 The balloons of the Macy’s Parade have an awful lot of planning and care behind them, even if they’re only seen for a short while each year. But it is precisely because of the care and love going into them that has made them so iconic. The parade wouldn’t feel complete without them, and we wouldn’t feel complete without the parade on Thanksgiving.

The 96th Annual Macy’s Thanksgiving Day Parade begins at 9 am ET on November 24, 2022. The parade will be available to viewers live on NBC from 9 am to 12 pm ET.

New balloons this year include “Bluey” by BBC Studios, “Diary of A Wimpy Kid” by Abrams Books, “DINO and Baby DINO” by Sinclair Oil and “Stuart the Minion” from Illumination. Additionally, the Striker the U.S. Soccer Star balloonicle will be in the parade to promote the upcoming FIFA World Cup. Baloonicles are hybrid inflatables with vehicles inside.

The new balloons were tested on Saturday, November 5 at Macy’s Balloonfest, an annual event held at the Meadowlands Sports Complex. Balloonfest gives the media a preview of the new balloons and allows the New York City Police Department to approve each new balloon. The new character balloons flew under the direction of Macy’s flight management team and a few hundred handlers for a outdoor trial run ahead of the big day.