Home / Production / Evolution of the Cloud

Evolution of the Cloud

Everything you should know about the cloud.

The average person uses 36 cloud-based services each day, and the cloud storage and compute market is forecasted to reach $118.8 billion in 2025. How did cloud infrastructure get to where it is today?

What is the Cloud?

The cloud refers to the over 13 million servers all over the world that are accessed over the Internet. The cloud’s services include databases, servers, software, networks, storage, analytics, and more.

The cloud enables users to access the same files and applications from almost any device because the computing and storage take place on servers in a data center, not locally on the user’s device. For example, this enables users to log in to their same Instagram account on a new phone, and why their Google Drive looks the same on every device.

Cloud computing is more affordable than physical servers, is better protected for cybersecurity, and makes it easier for companies to operate internationally.

Aspects of cloud computing can be traced back to the 1950s, with universities and companies renting out computation time on mainframe computers. At the time, computing technology was often too large and expensive to be owned or managed by individuals or companies. Mainframe computing allowed multiple users to access a central computer through access points or terminals. 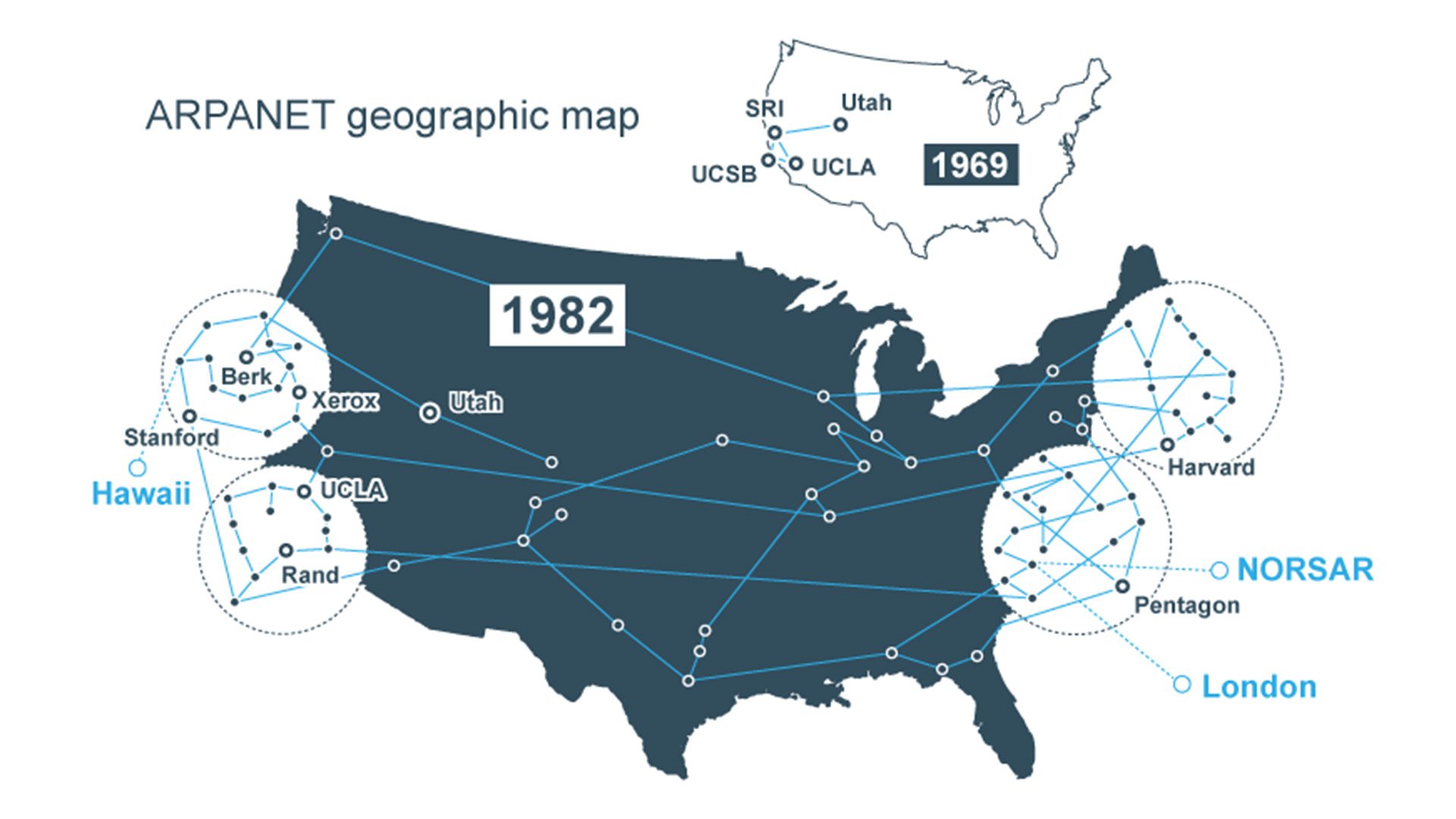 In 1969, the Advanced Research Projects Agency Network (ARPANET), an extremely early version of the internet, built upon cloud computing by enabling digital data to be shared between remote computers. Four University computers, each in different geographic locations across the United States, were interconnected to communicate and share resources across the institutions.

In the early 90s, virtual private networks (VPNs) were used by businesses, and modern cloud computing infrastructure was developed. In 1999, Salesforce became the first company to deliver software programs to the end users available from a website, made possible by cloud computing. The program or application could be accessed and downloaded by anyone with internet access.

Cloud Computing in the 2000s

It wasn’t until the 21st century, however, that cloud computing became a mainstream reality. This aligned with internet service providers rolling out significant bandwidth and the start of Web 2.0 and user-generated content.

By 2010, Amazon, Google, Microsoft, and OpenStack had all launched cloud divisions, making cloud services available to the general public. Apple released iCloud in 2011, and Google launched Google Drive in 2012; both of which enabled consumers to begin using cloud storage in their daily lives.

The Future of the Cloud

Today, cloud-based IT infrastructure and applications are the most common choice for businesses and individuals. Many businesses are continuing to get fed up with managing their own services and infrastructure, turning to cloud providers to outsource and rent equipment instead.

The cloud is also continually growing—the global distributed cloud market is estimated to grow at a compound annual growth rate of about nine percent between 2022 and 2031. This can be partly attributed to digital products like websites, eCommerce sites, mobile apps, education platforms, and more that are delivered on the internet for consumers. This includes the enabling of a new generation of apps like Instagram, TikTok, Uber, and DoorDash that would never have been possible without the cloud.

The future of the cloud is still up in the air (no pun intended), but it is widely speculated the cloud will eventually be serverless and locationless. As opposed to today where you have to pick which physical data center will run your server, your application will simply be run in the cloud.

As DigitalOcean’s Chief Product Officer Gabe Monroy explained to us at Tomorrow’s World Today, “You’re not going to have to worry about where in the world your data center is located….The application will magically move wherever it needs to move in the cloud and provide the best possible performance for your end users.”

For more technology news, check out information about the Matter Launch Event, Europe’s new rules of the internet, how AI technology could help us talk to animals, and London’s Digital Art Week.

For more information about DigitalOcean and cloud computing, tune in to the Science Channel at 8:30 am ET on Saturday, November 12, and Discovery at 6:30 am ET/PT on Sunday, November 13.