Through a partnership between Microsoft and the Hellenic Ministry of Culture and Sports, an AI version of Ancient Olympia has been developed to preserve its cultural impact for future generations. 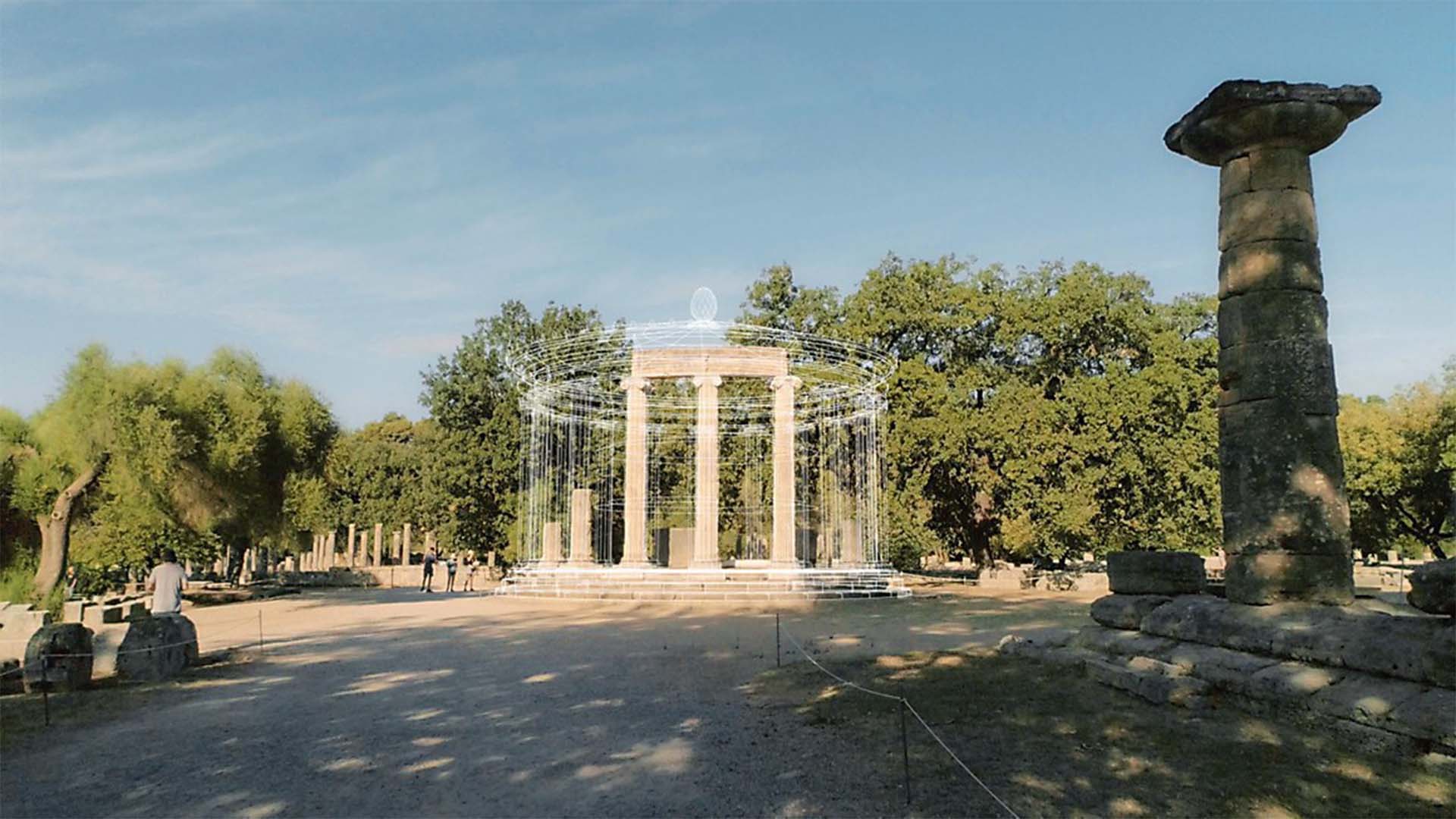 The present-day site of Ancient Olympia is still populated by tourists hoping to glimpse the famous “ruins.” Today, 27 major monuments and several minor ones still stand at the site, but the impact of this ancient culture’s ideals, innovations, and creations is still being felt around the world.

Among the sites still present is the original Olympic Stadium, the temples of Hera and Zeus, the workshop of sculptor Phidias, etc. These monuments have survived thousands of years of varying environmental and societal conditions. Although they are continuously conserved and restored by the Hellenic Ministry of Culture and Sports, a digital rendering of the original site will allow the rich history to be passed to future generations.

Thus, a partnership was formed between the Hellenic Ministry of Culture and Sports and Microsoft to create Common Grounds, a digital revival project with the goal to preserve and restore valuable pieces from our past. The message behind the partnership and establishment of Common Grounds was to empower global audiences to find common ground through our collective shared history.

The immersive AI experience allows viewers to experience Ancient Olympia as it stood over 2,000 years ago and interact virtually with buildings and artifacts from the historical site. Through its AI for Cultural Heritage program, Microsoft partnered with technology company Iconem to bring this project to life. Specializing in digitizing historic sites in 3D, Iconem used both on-the-ground cameras and drones to take hundreds of thousands of images of the site. Using those images, Microsoft AI was able to render a realistic digital model.

“The project to digitally revive Ancient Olympia is a stunning achievement in cultural heritage, bringing together humanity and cutting-edge technology to benefit the world and empower coming generations with new ways to explore our past.”

The buildings’ details were researched by the Hellenic Ministry’s expert archaeologists and designed to look as true to their original forms as possible. This includes depictions of artifacts from each period and historical timelines of the site’s changes. Some important sites in the experience include a Gymnasium where athletes trained, a Stadium that held the Olympic Games, and temples to Hera and Zeus. This project not only allows these structures to remain documented for future generations but also grants people around the world access to both global and time travel.

To see how digital twins work in action, we visited Microsoft’s campus in Redmond, Washington. Check it out: