Amidst Europe’s worst drought in the last 500 years, the diminished water levels in rural Spain have revealed a normally submerged monument known as the Dolmen of Guadalperal. Also known as the “Spanish Stonehenge” the site consists of a prehistoric circle of nearly 100 stone megaliths. 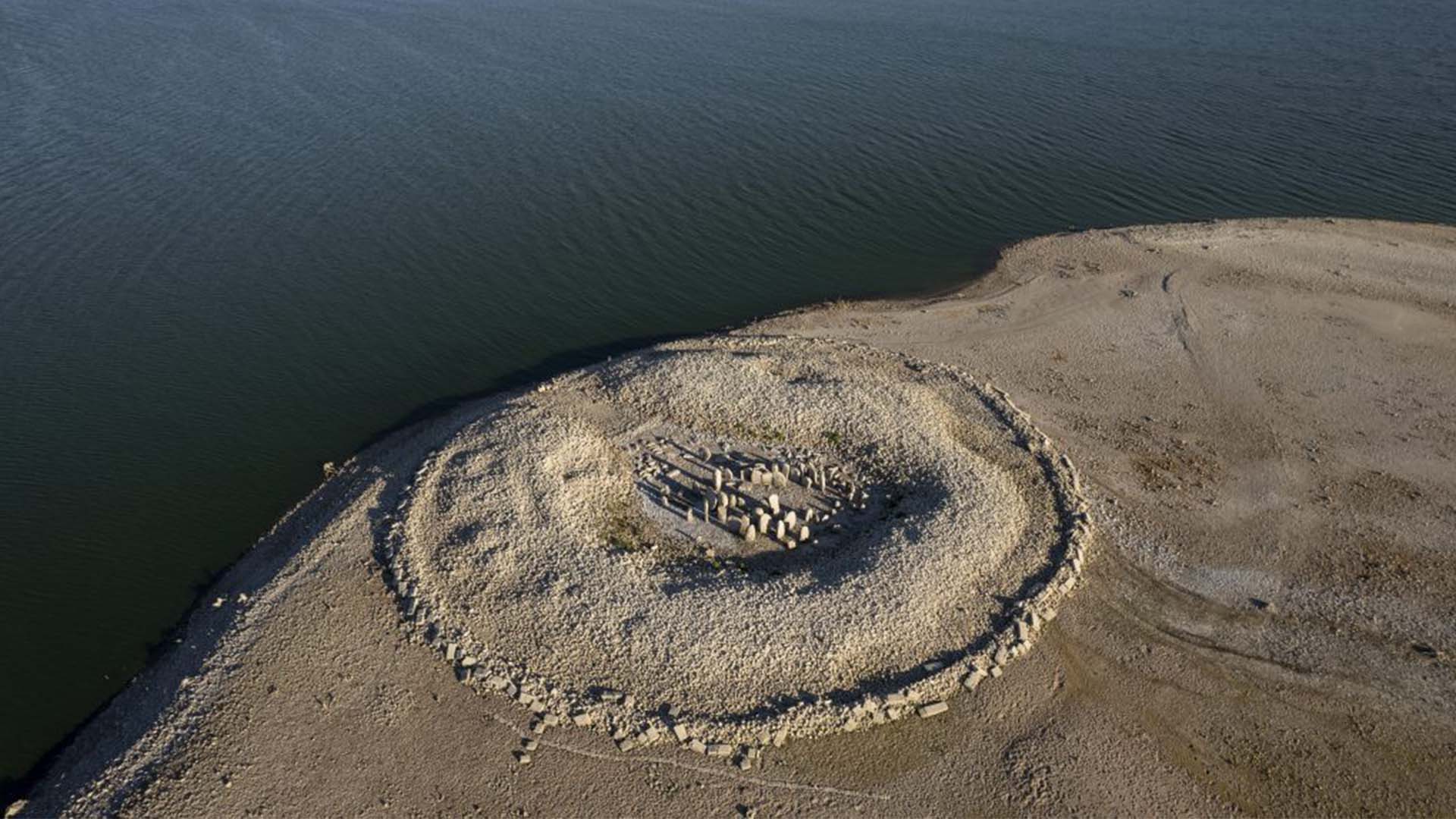 A dolmen is a structure consisting of two or more upright megaliths called menhirs, with a capstone on top. Believed to date back to 5,000 BCE, these sites were commonly used as tombs. Angel Castaño, president of Raíces de Peralêda, a local cultural association, stated to Atlas Obscura, “All my life, people had told me about the dolmen… I had seen parts of it peeking out from the water before, but this is the first time I’ve seen it in full. It’s spectacular because you can appreciate the entire complex for the first time in decades.”

Up to six feet tall in height, the stones were originally discovered by German archaeologist Hugo Obermaier in 1926. After the addition of the Valdecanas Reservoir, a civil engineering project from 1963, the stones have remained mostly underwater. Because the monument doesn’t resurface often, it’s reasonable that experts are hoping to examine the site. Primitiva Bueno Ramirez, a specialist in prehistory at the University of Alcalá, stated, “Whatever we do here, needs to be done extremely carefully… We need high-quality studies using the latest archaeological technology. It may cost money, but we already have one of the most difficult things to obtain—this incredible historic monument. In the end, money is the easy part. The past can’t be bought.” 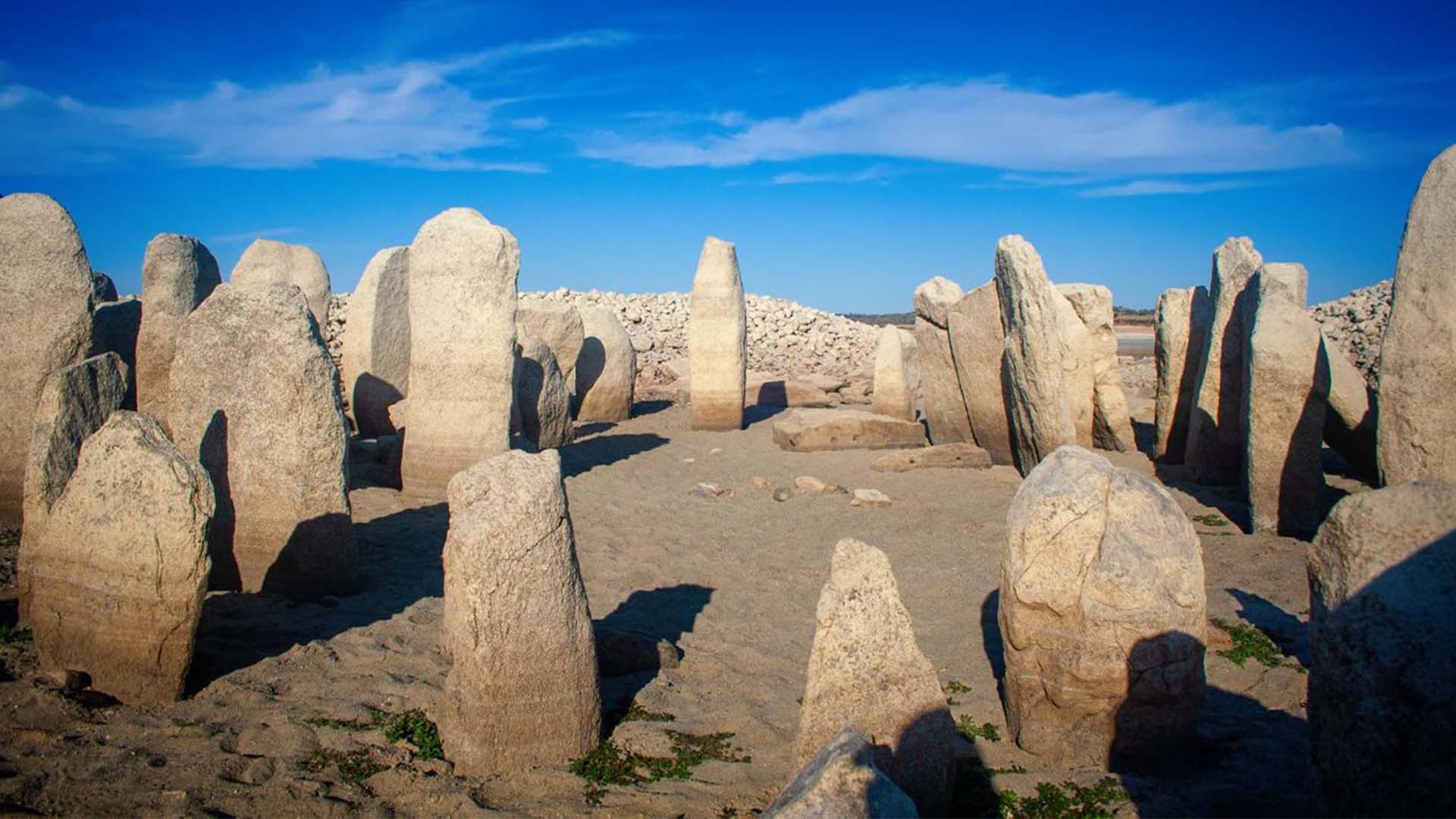 Similar to its more famous counterpart, there is a mystery surrounding the origins of the Spanish Stonehenge. Although no one knows its true origins, historians believe it could have been built to align with the summer solstice as a solar temple as some of the stones feature carvings.

Hoping to capitalize on the public’s current interest in the stones, Raíces de Peralêda has started a Change.org petition calling for the government to move the circle to a museum or to dry land as the porous granite stones have begun to crack and fall apart over the half a century they’ve remained underwater. 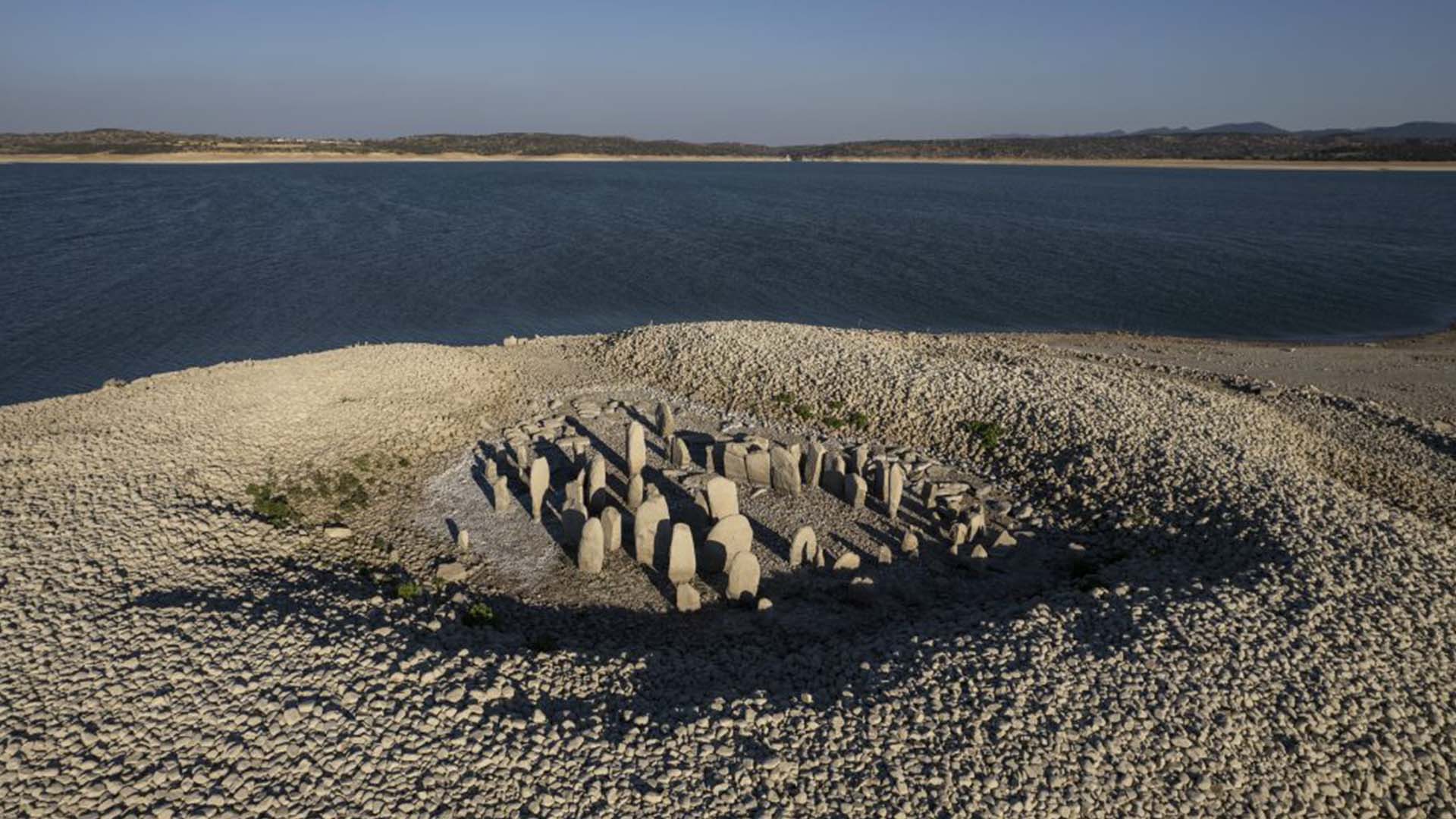 This year is only the fifth time that water levels (which measure at 28 percent capacity) have fallen low enough that the ancient rock formation has become visible. In regard to this, Castaño stated, “When we saw it, we were completely thrilled… It felt like we had discovered a megalithic monument ourselves.”

For more water news, check out what water recycling is, products that help you save water, and a drought-related art exhibition.