Home / Production / The Challenges of Creating an App: A Conversation with Adam Gardner

The Challenges of Creating an App: A Conversation with Adam Gardner

Behind the app design process.

There are currently over two million apps in the Apple App Store, and this number grows every day. To find out more about the process and challenges of creating an app, we talked to LYRITEXT’s cofounder, Adam Gardner. LYRITEXT is the first and only app that allows users to add fully licensed music to GIFs and photos and send them via texts. 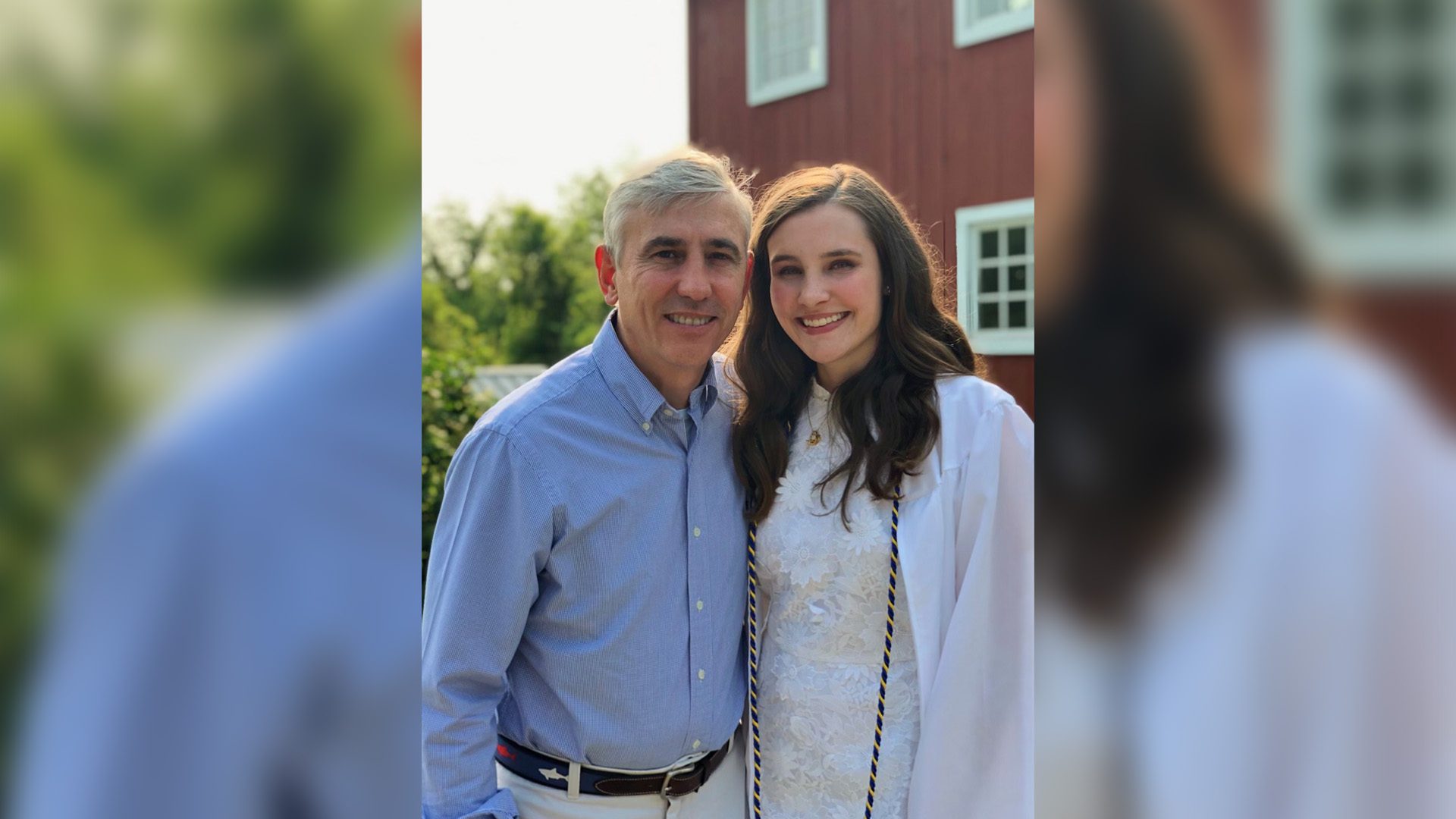 Tomorrow’s World Today (TWT): What was your inspiration behind creating LYRITEXT?

Adam Gardner (AG): My daughter [Addie] and I were commuting to her school together for about three hours in the car in total every day, listening to music and playing song-related games. One of the days we were driving back from school late at night after she had a soccer game; she was tired and had to get up early the next day. She received a text from her friend asking if she could come over to our house, and I could just see that Addie didn’t want that.

At that moment, Men At Work’s “Who Can It Be Now?” was playing in the car and the line was “Stay away, don’t you invade my home.” I joked that she could just text her friend that, and she laughed and said that would be really cool. I started thinking “maybe we could do that.” From that conversation six years ago, we started looking into the possibility of the app.

TWT: Can you walk us through your experience of getting the app on the App Store?

AG: Once we came up with the idea, it became very apparent that licensing would be the biggest issue. Music licensing is extremely difficult, and it became a bigger challenge than the app in many ways. I tried for over a year, but it seemed like it wasn’t going to go anywhere unless I could show the music industry what the idea was.

At that point, I contacted an app developer because I didn’t have a team of developers and am not a really technical person. Starting the app at this point might have been extremely foolish on my part, given the licensing hurdle and how there was no real path to licensing at that point. It was just the hope that we’ll figure that out later.

After the first version of the app was ready, my first thought was to try to do a Kickstarter to raise the money to get the licensing…it failed miserably. It was kind of depressing at the time, but I ended up making several contacts and discovered a company called SongClip which was pursuing a kind of a parallel path. SongClip had encountered all the difficulties of trying to negotiate with the music industry, so they were trying to solve the licensing side of things for people like myself.

So it just kind of coincided that we came together at the right time—SongClip was at the beginning of doing their licensing deals, and I needed a licensing deal and had an app. It all fell together, and we eventually released the app.

TWT: How has the app changed throughout the development process and why?

AG: After the original release of the app, I realized that we didn’t do everything right. We didn’t have a very clear integration for people as a keyboard app, and, at the end of the day, it wasn’t fun enough. It got stale after a while because it always looked the same, and you could see the message without listening to the music.

We needed a visual element, so I went back to the drawing board to figure out how to do that. Fortunately, GIPHY was really receptive to the idea. I had the developers start working on that and came up with the idea of adding it to photos, which is pretty cool as well. 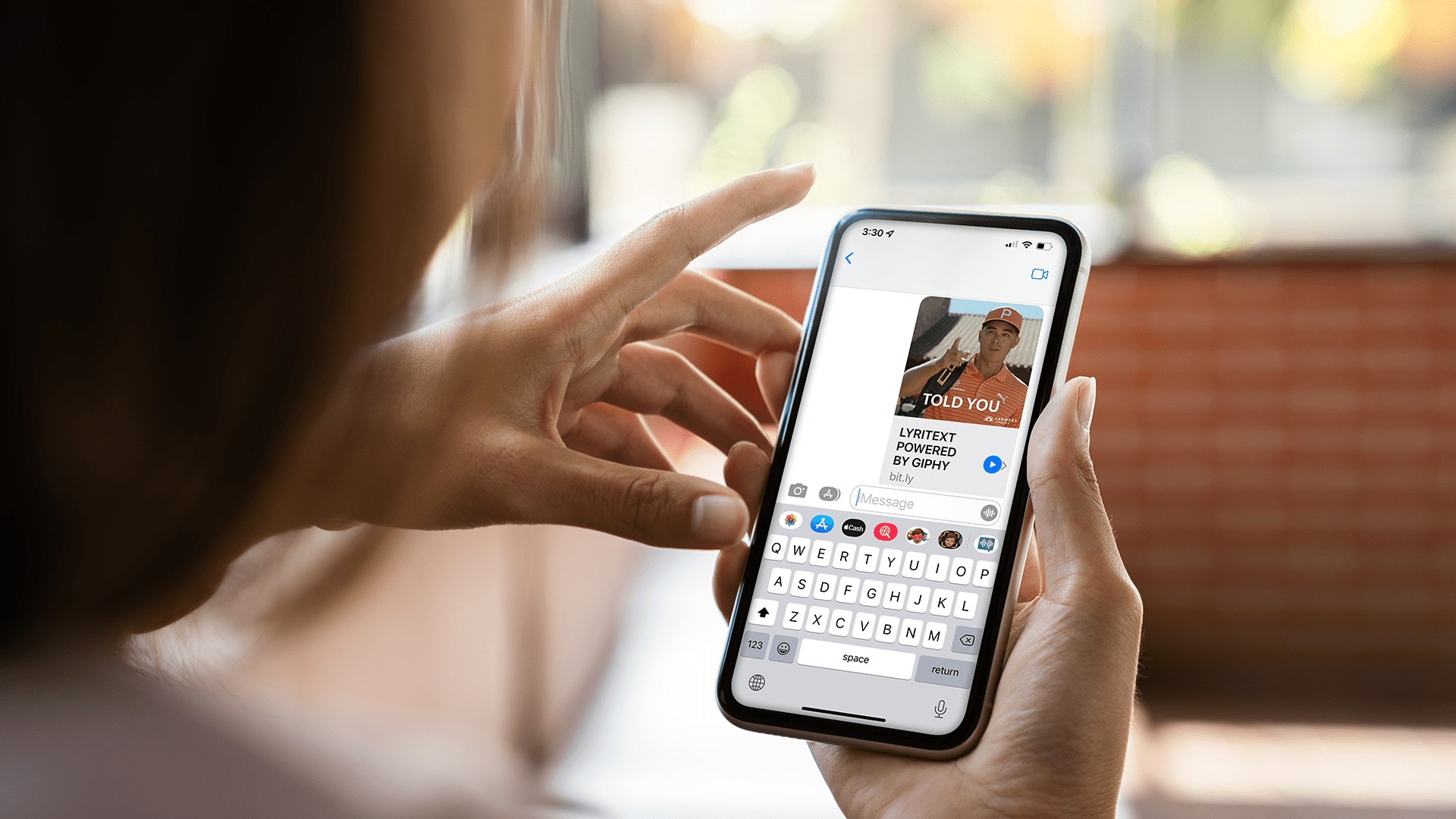 TWT: You’ve already made the app much more user-friendly. Do you have any more goals for the future of LYRITEXT?

AG: I’m really happy with the product now, but I would love to expand to non-iPhone users and get international rights. My hope is in the first year I can get 10,000 subscribers and get a hundred thousand subscribers in year two. You just never know.

Look at Spotify or TikTok—neither instantly took off. They had to build up an audience before they exploded, and I think the music industry was reluctant for streaming at first. Now the music industry is doing really well by embracing change, and I think it’s starting to realize that there are all new opportunities out there that could involve music.

Additionally, we have a good selection of artists and clips which is growing by the thousands, but one of my goals is to have the current and hottest artists quickly and readily.

TWT: What’s your favorite part of the app?

AG: There are 10 billion GIFs sent in a day, so obviously people love GIFs. LYRITEXT is another way to enhance that experience, add another message, and make it fun for people. That’s really what we’re all about—sharing your love of music in a different way and being able to communicate with people. The possibilities are truly endless with the culmination of the two.

TWT: What advice would you give to an aspiring app creator?

AG: I would say don’t give up, and don’t listen to people who say it will never happen. If you believe in your idea, be willing to see it through and make it happen. I can’t even count how many roadblocks and obstacles I’ve faced with LYRITEXT, but you just have to relax, think it out, talk, and negotiate. If somebody says no, you move on and find another way to get it done. There are no guarantees in life and not every idea will work, but if you believe in something, keep trying. Who knows? Maybe the world will agree with you.

Also, I’m not sure I would encourage someone to take the risk unless they’re willing or able to do it financially. It’s not an inexpensive process. If you are the tech-y person or have a team member on your team that can do all that, you’ll probably be faster and maybe get to market quicker. If you go with a third party like I did, you have to have a clear path of what you want to do. I didn’t do that and probably spent a lot of money and time doing stuff that will never get used.

AG: I tend to like to be a little sarcastic and funny, so I like using “I hate to say I told you so” by The Hives and “I know that you are wrong” by Trapt. There are so many different good ones to use depending on the person and the conversation you’re trying to have.

You can download LYRITEXT for the iPhone or iPad HERE.