5 Frozen Waterfalls to Visit this Winter

Some of the most inspirational views are those that nature creates all by itself. Ice fixtures, for example, form naturally and come in every shape and size you could imagine. They look hard and still in the winter cold and then, when the sun peaks out, they transform what appeared to be a dark winter landscape into a bright sparkling natural wonder. And, if we can even see the beauty in the ice crystals hanging off of our homes, imagine the majesty of a giant frozen waterfall. Here are some winter waterfalls across the United States that are so beautiful they’ll leave you frozen. 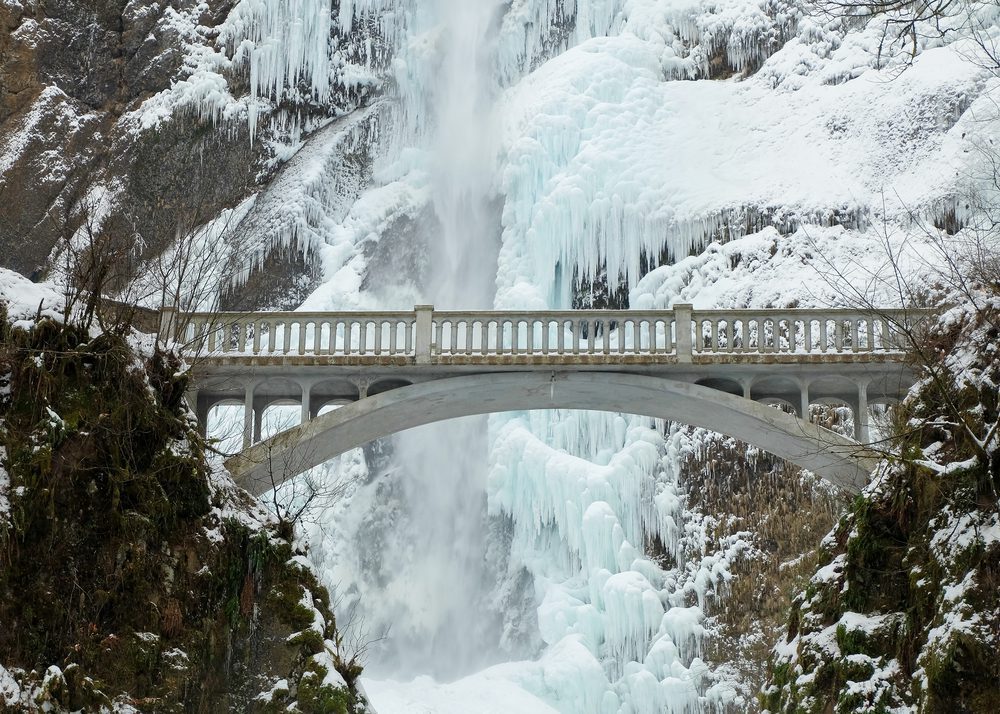 Located along the Columbia River Gorge Highway, the Multnomah Falls cascade 620 feet down a cliffside. Although these falls are very large, they are capable of fully turning to ice once the temperature drops below freezing. Even when it’s not completely frozen, unfrozen water running across the bright translucent blocks of ice can look stunning in the winter sun. And the view is perfectly situated from the pedestrian bridge which is located above the lower fall and eye-level with the base of the upper fall. Since the placement of the bridge is a little lower, it allows onlookers to gaze up at the optically giant waterfall, completely suspended. 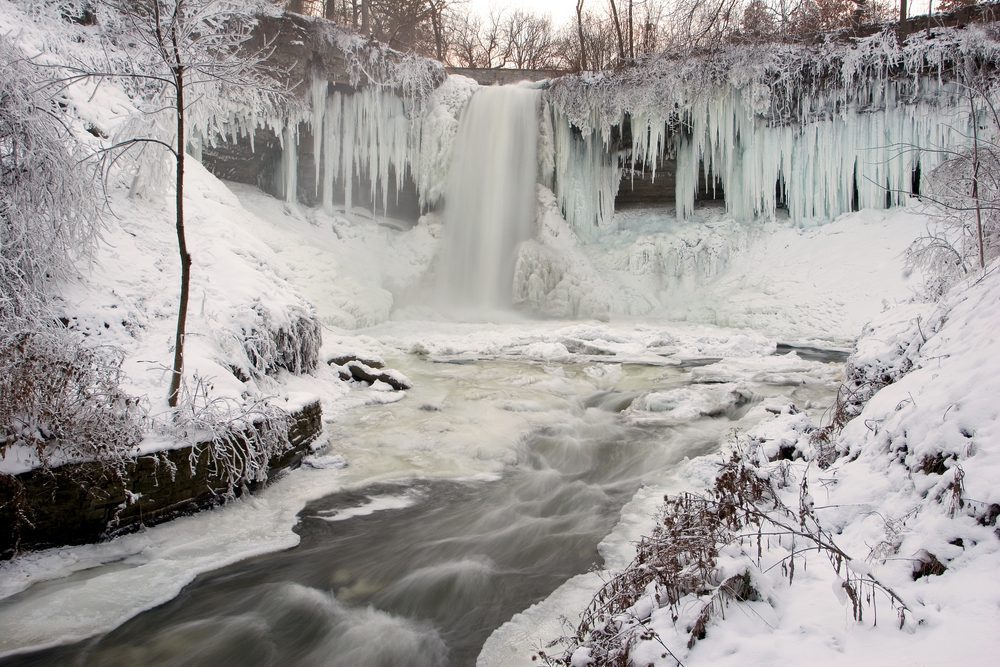 Although much smaller at a mere 53 feet tall, the Minnehaha Falls in Minnesota is located at the center point of the Minnehaha Regional Park. This waterfall regularly freezes in the winter and because it’s smaller, visitors can walk underneath it, allowing them to experience a frozen waterfall up close. Additionally, the park is free of charge and filled with several limestone bluffs and river overlooks that are also worth seeing while blanketed with snow. 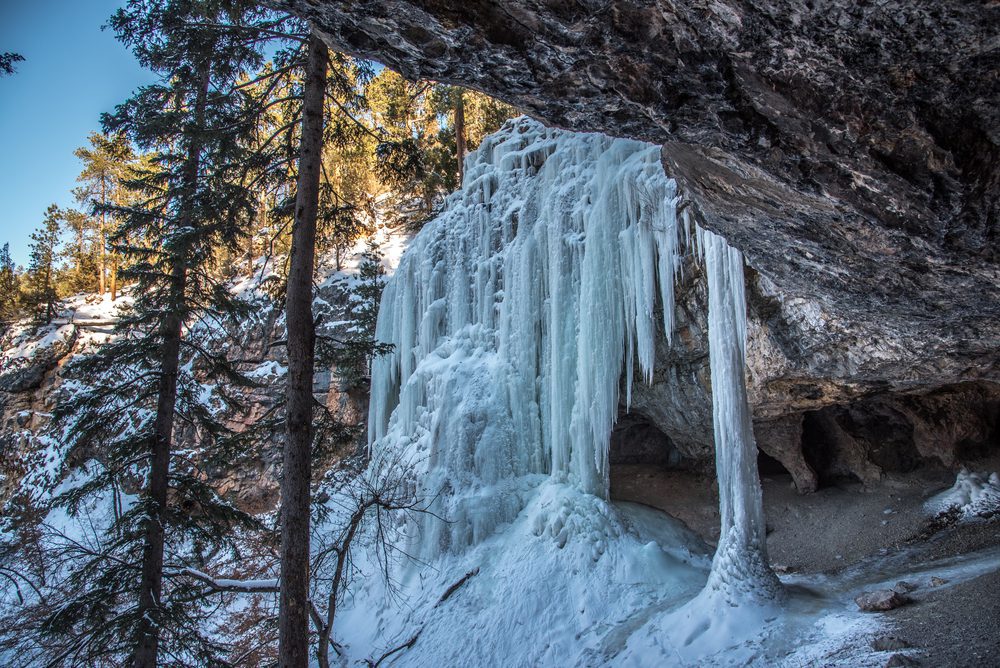 Spearfish Canyon, located in the Black Hills, is a great site to experience many frozen waterfalls. During the winter months, many of the waterfalls contained within the area such as Roughlock Falls and Bridal Veil Falls are transformed from the noisy flowing falls into the silent, still, and glistening waterfalls. Set aside a day to hike the area and discover the many waterfalls and various frozen waterscapes. 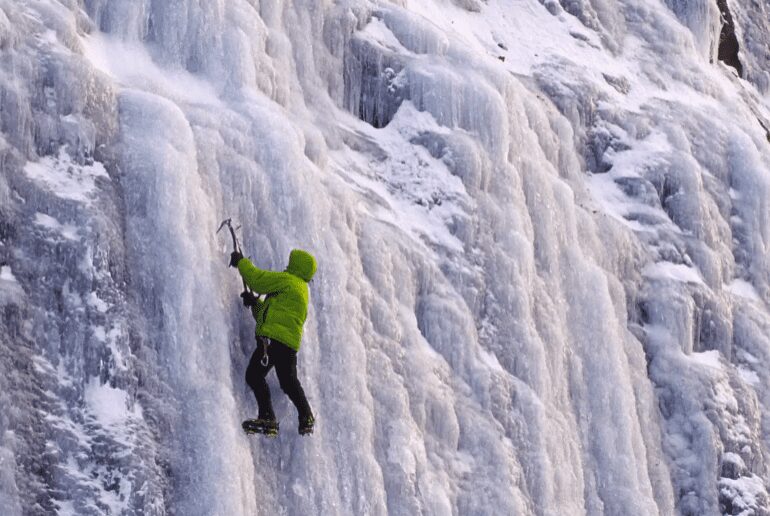 Hidden in the forests of western North Carolina lies the town of Franklin which is home to the Winding Stair Gap Falls. This large waterfall freezes so solidly that it attracts ice climbers who attempt to scale the ice using ice axes and climbing boots. It’s accessible to the Appalachian trail and it’s perfect for a picturesque view or to watch some ice climbers in action. 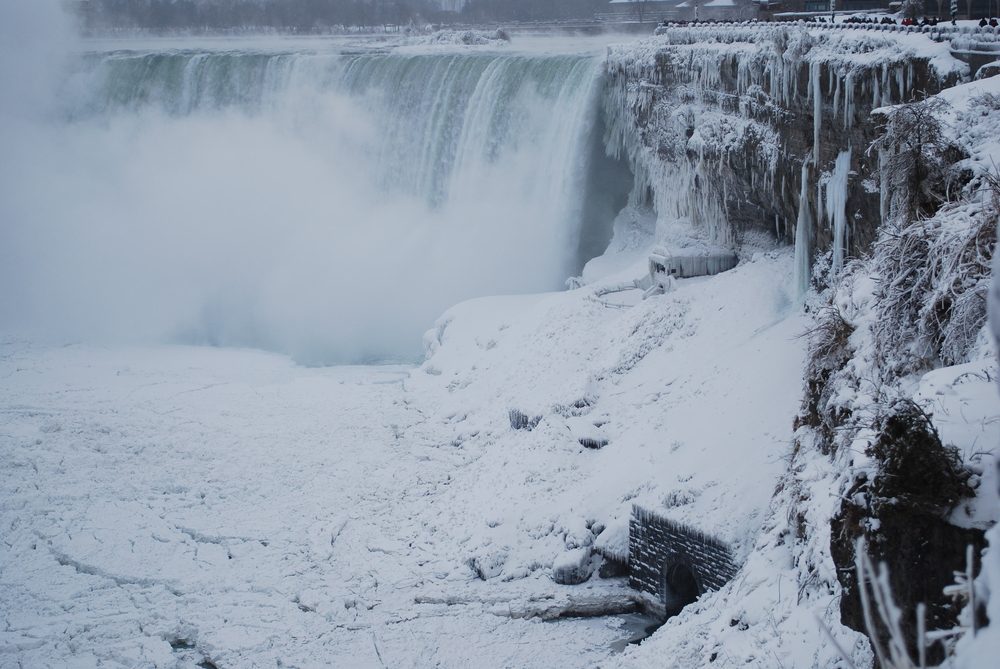 With lighter crowds during the winter months, this is the perfect time to visit one of the world’s most powerful waterfalls in which six million cubic feet of water descend each minute. As you could likely guess, this large waterfall doesn’t completely freeze over but there are parts of it that do. This gives the giant waterfall the effect of being frozen, making the huge waterfall even more visually grand.

Discover more about the World of Inspiration, and explore how young people are saving our forests, Alaska’s Denali Park, and how to make your home more hygienic.