Even with the world progressing toward renewable energy sources, they can still sometimes take us by surprise. In this episode of Tomorrow’s World Today, Darieth travels to California and speaks with SoCal regarding their work turning methane from cows into renewable energy. Darieth also visits the University of California Irvine to learn about their work in utilizing both solar and wind power for their campus.

Sustainability can often surprise us. There are some famous buildings around the world that one would never expect to run sustainably but are completely eco-friendly. There are also buildings that run on unique energy sources or systems that, though they may be less traditional, significantly cut down on energy usage. When it comes to sustainability one must always expect the unexpected. Here are some well-known buildings around the world that may surprise you with how they obtain or even generate their own energy. 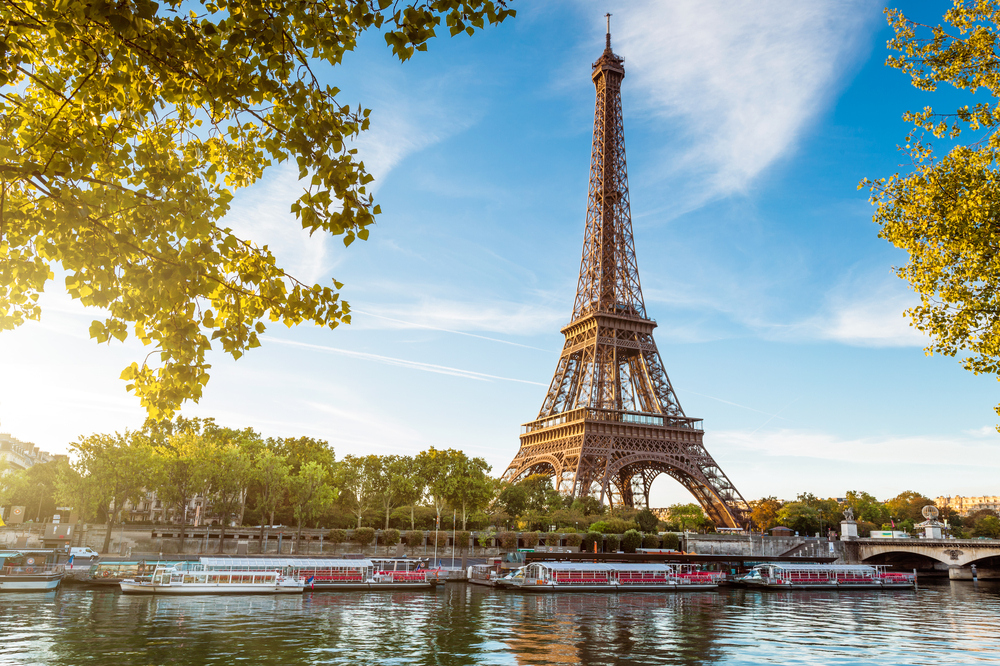 On a trip to Paris, France, one of the first stops you’ll make is to its most famous architectural marvel The Eiffel Tower. Whether one takes the journey to the top to take in the breathtaking view of the city or simply takes a few selfies from the ground, no tourist could go without viewing this romantic and whimsical site. But did you know that The Eiffel Tower is actually solar-powered? As part of the Paris Climate Plan, the building was fitted with solar panels as well as wind turbines, glass floors, and rainwater collection equipment. And here you thought renewable energy wasn’t romantic… 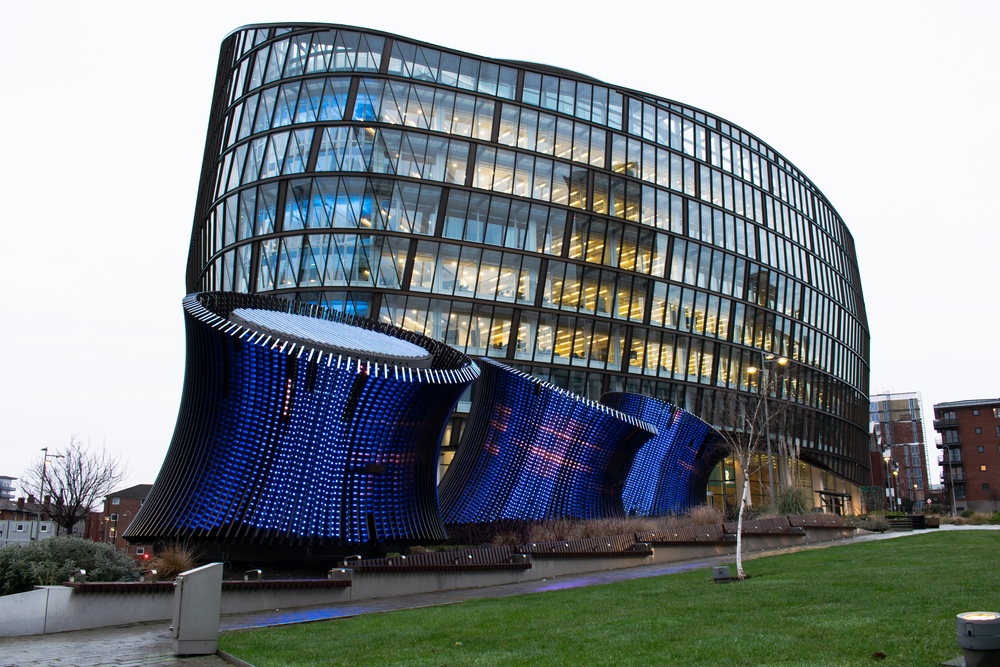 Located in Manchester, UK, One Angel Square is the location of the Co-operative Group. This is a location that holds roughly 3,000 employees and, according to Co-op, the building is “powered by a pure plant oil-fed Combined Heat and Power (CHP) system and utilizes rapeseed oil which is grown on The Co-operative’s own farmland.”

The building also includes systems like rainwater and waste recycling systems and LED lighting fixtures. It has received an ‘Outstanding’ rating from the Building Research Establishment Environmental Assessment Methodology (BREEAM). 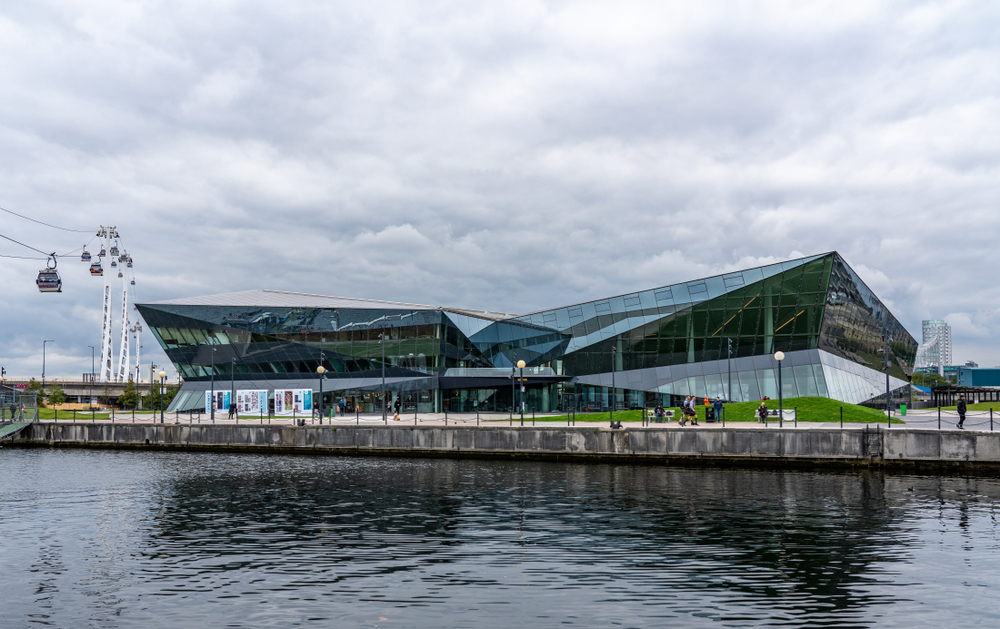 The Crystal, located in London, UK, has received awards and high rankings from both Leadership in Energy and Environmental Design (LEED) and Building Research Establishment Environmental Assessment Methodology (BREEAM). This building is run exclusively using electricity, the majority of which is renewable energy generated using photovoltaic solar panels. The building utilizes a combination of LED and fluorescent lights which are automatically switched on and off depending on the amount of daylight present. In addition to their power, the building also collects rainwater and both treats and recycles sewage.

Who could guess that the second tallest building in the world would also be environmentally friendly? The building stands at an impressive 2,073 feet tall and utilizes wind turbines to power its park areas and exterior lighting. It also contains inner and outer ‘skins’ which flood the building with natural light, cutting down on the need for artificial lighting. The building also uses smart controls to monitor everything from heating to ventilation, keeping the structure running with maximum energy efficiency.

This building, located in Winnipeg, Canada, utilizes geothermal to heat and cool the building, roof gardens, and triple-glazed windows. Since creating this system, the site has seen an energy savings of sixty percent, making it one of the most energy-efficient office buildings in North America. 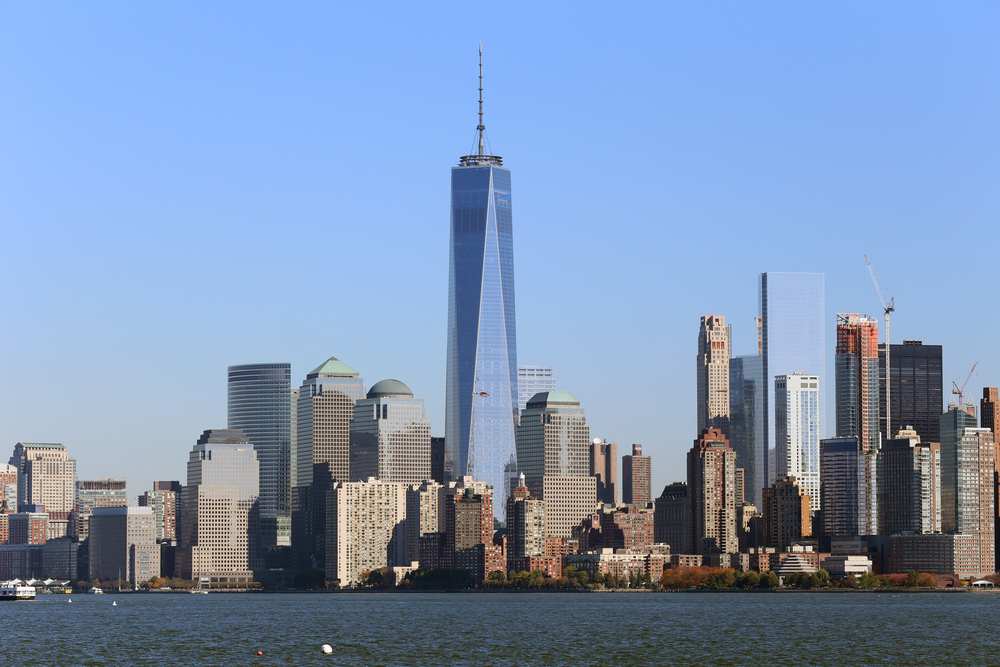 The first high-rise building to receive LEED platinum certification, One Bryant Park (with the Bank of America Tower) has been hailed as one of the world’s greenest skyscrapers. Not only does this eco-friendly marvel contain LED lighting, CO2 monitoring, and waterless urinals, but it also has its own generation plant which produces 4.6 megawatts of clean and sustainable energy.

Best Factory Tours in the USA