Science pop quiz! What temperature is the Earth’s core? The answer is a cozy 10,800 degrees Fahrenheit. For comparison’s sake, the highest recorded temperature on Earth’s surface was 134°F in Death Valley in 1913. Next question: What is it called when we harness that heat for ourselves? If your answer was “geothermal energy,” you’re absolutely correct. 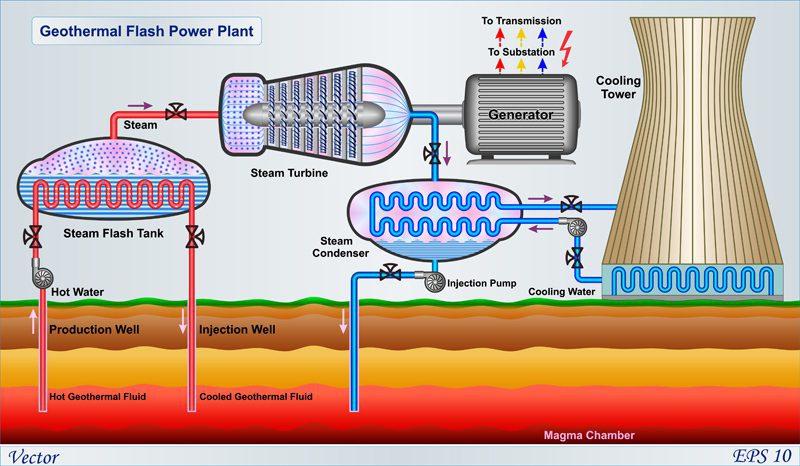 How does it work?

Similar to solar power, geothermal energy is a natural, clean resource to can be used to provide resources for human use. While it can be used as an electrical source, it is also possible to utilize it as a natural heating and cooling system. It can come from a variety of sources, ranging from underground hot springs to magma to the natural heat of the ground.

Across the globe, shallow ground (the 10 feet of the Earth’s surface closest to us) maintains a consistent 50-60 degrees F temperature. Using geothermal heat pumps, pipes pump heat from a device called a heat exchanger to warm up a building. In the summer, when temperatures are naturally higher, the process is reversed, and heat is removed to keep a building cool. It’s nature’s response to central air.

For geothermal energy from water, we turn to underground reservoirs. Wells are drilled into the reservoirs, where the hot water is either used to boil a working fluid or produce steam. Either way, the result is a spinning turbine or generator, creating electricity. Alternatively, if the water is close enough to the surface, it could be used as heat directly. Other uses include growing plants in greenhouses, pasteurizing milk, and heating water at fish farms.

Lastly, hot, dry rocks are also geothermal resources. These are found about 3 to 5 miles beneath the Earth’s surface. In order to access these resources, cold water is pushed down one well, circulated through the hot rock, with hot water pushed up another well. Unfortunately, there is no practical use for this technology, and the difficulty in accessing this kind of geothermal energy is a major reason why. We also currently lack the ability to harness the power directly from magma.

Pros and Cons of Geothermal Energy

Like all natural energy sources, geothermal energy has a large number of positives and negatives. It’s considered a renewable resource, as heat extraction takes up only a small fraction of the heat produced. It’s also sustainable, with current usage not impacting its availability in the future. However, it must be carefully monitored to prevent local depletion. Overuse of these resources will eventually result in lower output.

On the negative side, liquids drawn from deep Earth contain greenhouse gasses like CO2 and ammonia. When released, they contribute to already existing environmental issues like acid rain and global warming. It is also possible for the water to be contaminated with toxic chemicals and elements. This risk can be reduced with the practice of injected cooled water back into the ground. However, it doesn’t change the fact that direct geothermal heating systems that use pumps are potentially powered with a non-sustainable source. This, in a way, defeats the very purpose of using geothermal energy in the first place.

But even with all of the potential risks and dangers, geothermal energy is still a powerful and clean alternative to fossil fuels and other non-sustainable power sources. It can be expensive, but it’s naturally occurring throughout the world. It’s accessible, renewable, and multi-purposed. Whether it’s used to heat your house or keep the lights running, the raw power of the Earth’s natural heat is not something to be dismissed. That’s one science question everybody will get right. 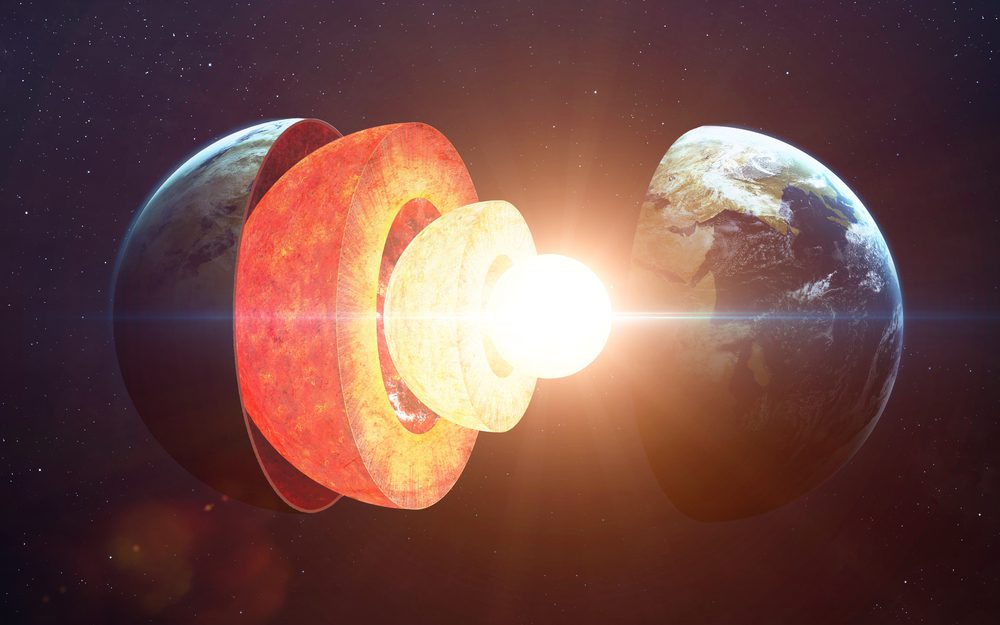