Slacklining and the Art of Balance

If you’ve ever been to the circus (or seen a circus portrayed in popular media), you’re probably aware of what tightrope walking is. Gymnasts manage to make their way across a thin rope, suspended several feet above the air, with only their sense of balance and a net beneath them as safety equipment. It’s tricky, scary, and not something your average person should be attempting. Instead…they could try slacklining. 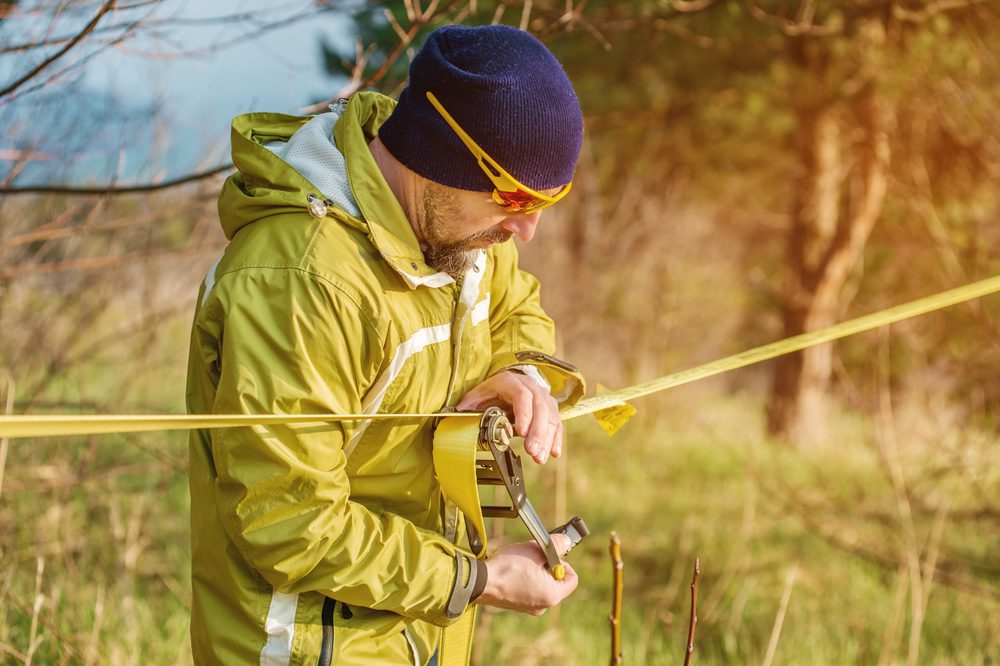 Slacklining is, at first glance, identical to tightrope walking. A length of flat webbing is suspended between two points (also known as “anchors”) and a person travels over it. The main difference between the two is the amount of tension applied during use. As the name suggests, the rope in slacklining is under much less tension, letting it stretch and bounce. It’s been described as a long, thin trampoline.

Rope walking, in general, isn’t a new sport, but slacklining only grew in popularity over the last few decades. Many attribute its modern-day origins with Adam Grosowsky in 1979. As the son of the head of the Southern Illinois University’s Design Department, he found a photo from the 1890s depicting a man attempting slacklining. Sixteen-year-old Adam then convinced a group of men to recreate the feat and kept his pursuit of replicating it throughout college. Eventually, it caught on among the locals, spread through the Pacific Northwest, and gained followers worldwide.

There are many different varieties of slacklining, each with its own quirks and specializations. Urbanlining is most commonly practiced in urban areas and incorporates elements from all types of slacklining. Highlining is when the webbing is set a great distance across the ground, sometimes in a “free” state (no leashes or nets). Freestyle or rodeo slacklining emulates the famous cowboy tricks with an extremely slack wire, whereas slackline yoga brings elements of the meditation process onto the rope. If conditions are especially windy, it’s referred to as “windlining.” 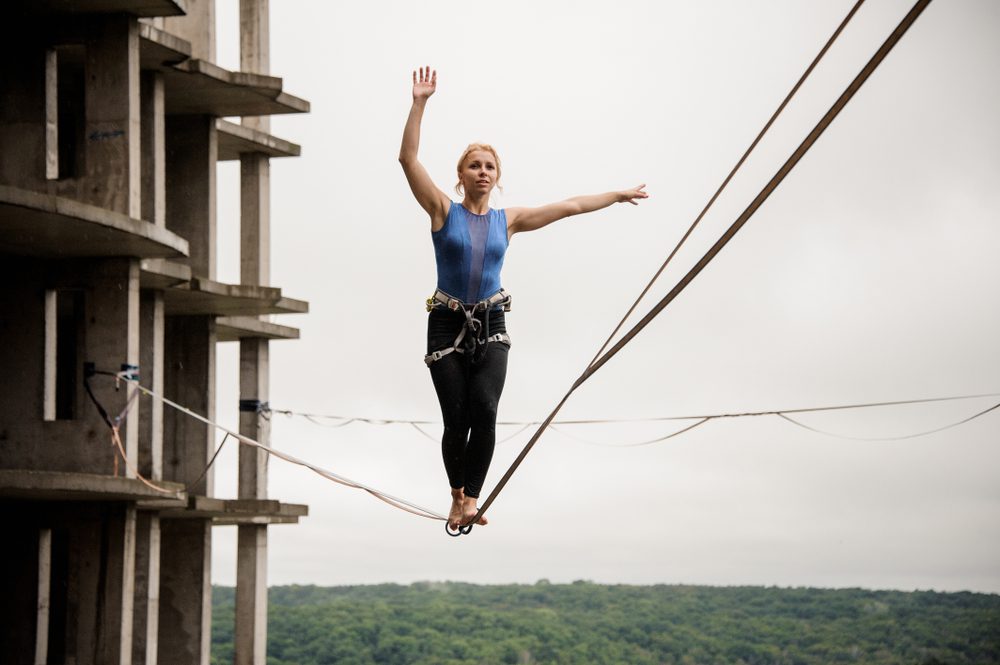 The most famous version of slacklining and the version most are familiar with is tricklining. Commonly performed closer to the ground, various stunts and tricks are performed on the line, with new tricks being added constantly. This is partially due to the newness of the sport and advancements in slacklining technology. Those advancements should also be credited for its success- it’s only due to the rise in easy-setup slackline kits that tricklining is as popular as it is.

A documentary about slacklining, titled “Untethered,” was released in 2015 by Levi Allen. It features the story of Spencer Seabrook, who set the world record for Longest Free Solo Highline the same year. It was an official selection at both the Whistler Film Festival Adventure Film Series in 2017 and the Vancouver International Mountain Film Festival. While originally removed from YouTube and Vimeo due to contracts, it has since been restored and can be viewed entirely for free.

If you’re interested in trying slacklining for yourself, plenty of starter kits are available online. Be sure to start small, however. While the idea of performing between two trees might be tempting, stay low to the ground and refrain from doing any tricks at first. Focus on maintaining your balance before anything else. (This goes for any sport, not just slacklining.)

To those who practice it, slacklining is more than just a hobby or pastime. It’s an entire lifestyle (sometimes called “the slacklife”). Maybe they have a point- slacklining requires dedication, energy, and balance both physically and mentally. If you think you’re going to fall, you’re more likely to stumble. And that’s something true for all of life. Keep walking forward, no matter how narrow the path ahead is.

How Umbrellas Are Made

After shutting down development several years ago, it appears that Apple’s self-driving car is back in development. They are currently in discussions with several self-driving

Picture this: You’re on your daily stroll through your neighborhood. As you round the corner, you see a house with a post holding a clear

There are some locations around the globe that are so visually mystical that they look to be straight out of a fantasy world. One such

How Candy Hearts Are Made

Though everyone celebrates Valentine’s Day differently, there are certain staples we all recognize. The heart-shaped box of assorted mystery chocolates, the bouquet of roses, the

Despite the fact that you’ve been relegated to your home for most of the past year, technology has continued to develop and innovate. And, given