If you’ve ever seen the Disney-Pixar film Wall-E, you’re familiar with EVE’s goal: find signs of life on the same planet the titular robot is on. I won’t spoil which planet it is*, but it’s the same function that many real-life bots will one day have. And these will include little HEXA. 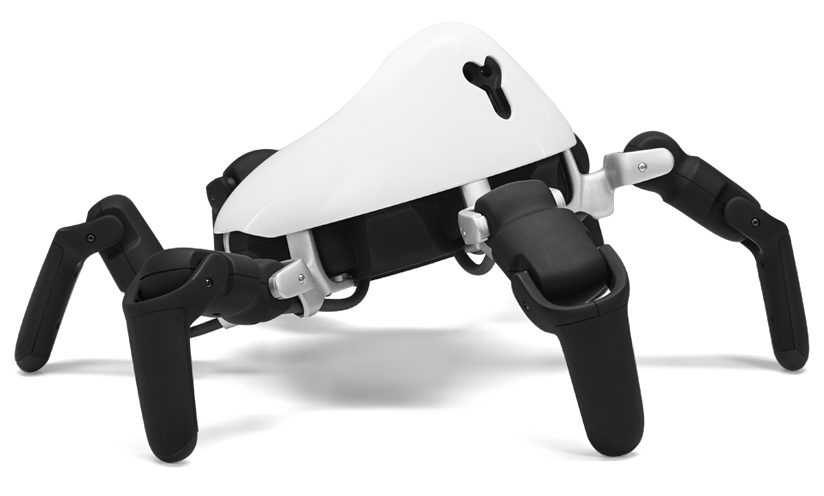 Built and developed by Vincross, HEXA is a spider-like robot designed to do… well, for now, not much beyond being entertaining. She’s meant to be a tool for those interested in learning robotics and to act as a starting platform. Her purpose is whatever you want it to be.

This is achieved through MIND, HEXA’s operating system. Based on Linux, users have the option of programming through traditional SDK or 3D simulators, with the former using Golang. Alternatively, an app for smartphones can act as a remote control to direct HEXA using her built-in camera. Users can then share their programmed maneuvers- known as Skills- to the “Skill Store” so that others can give it a test run.

And while HEXA herself might not be able to run, she is mobile. Each of her six legs has three motors and three DoF (degrees of freedom). Her head can spin endlessly in both directions, much like an owl. Before you worry about her tipping over, her distance measuring sensor and 3-axis accelerometer keep her upright. HEXA also boasts 8 GB of memory, up to 180 minutes continuous use on a full charge, and she can act as a Wi-Fi hotspot.

It’s not anything super groundbreaking- there are already more advanced robots on the market- but Vincross fully admits that HEXA is the first of many “robot baby steps.” On HEXA’s website, they explain that their “dreams are much bigger. One day, [they’ll] help robots to become [sic] life-changing and even awe-inspiring.” Some of the future jobs they suggest include being companions to the elderly and “find[ing] hope where others can’t.” And yes, locating life on Mars is a potential task.

Vincross is content, for now, to be a stepping stone into robotics for those who might not otherwise have the means to. According to their website, “Vincross believes that for the future of robotics to be successful, it needs to be available to the many, not the few. By creating consumer robots that fit into everyday life and by building a robotics ecosystem, including software and hardware that is both simple to use and sophisticated, Vincross makes it possible for individuals to have access to the future of robotics.”

The initiative has paid off, with HEXA receiving positive coverage from sites like Wired and Reuters. Even before her official release, HEXA was successfully crowdfunded through Kickstarter. A fitting start- a crowdsourced robot funded through similar means. She was even named a 2017 CES Asia Innovation Award Honoree in Robotics, being “selected for the award for its breakthrough in making robotics development accessible for people of all technical abilities.” 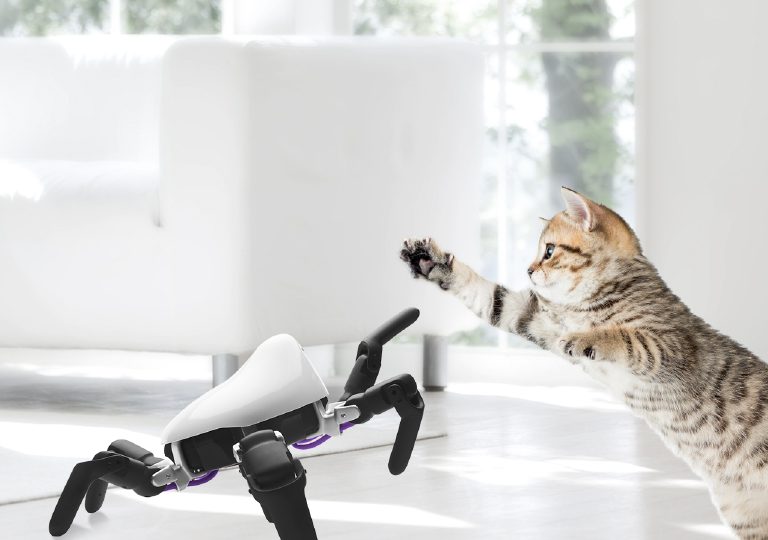 Do note that at no point do they mention of what income standing people need to access HEXA. She’s not cheap, with the least expensive model totaling $949 USD, not including tax and shipping. This is her greatest downfall- she may be easier to program, but you still need nearly one thousand dollars to experience all that she has to offer.

Nevertheless, she’s a step in the right direction in introducing a new generation to robotics and programming in general. HEXA is a blank slate but with enough built-in as to not be overly frustrating. She’s cute without drifting too far into the uncanny valley. And maybe one day she’ll be a real-life EVE, ready to find life on a distant world… all thanks to you.

*Spoiler Alert: The planet is Earth.