Nothing can prepare you for a flood. Sometimes you have time to grab the few things that are most important to you and you’re left walking away from the life you’ve spent decades building.  Whether they’re predicted floods or a flash flood, the devastation can leave a community feeling helpless.  There are, however, new countermeasures to fight flooding being created every day. Here are just a few of the latest breakthroughs.

Bearing no relation to the scandal of the same name, the Water Gate is an alternative to sandbags. The PVC device uses the water from the flood to stabilize itself and can be deployed in a short amount of time. While more expensive than sandbags, the Water Gate is reusable and weighs less. There are also variants for pollution removal and even containing toxic spills. 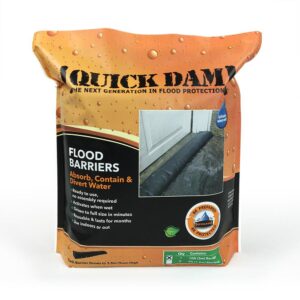 Water barrier socks, sometimes known as sandless sandbags, are another popular alternative. Quick Dams has received positive reviews and is available at retailers like Home Depot and Lowe’s. Instead of sand, these flood barriers contain a powder that expands after getting wet, turning the water into a gel. Of note: they cannot be used with salt water due to a chemical reaction causing deflation. 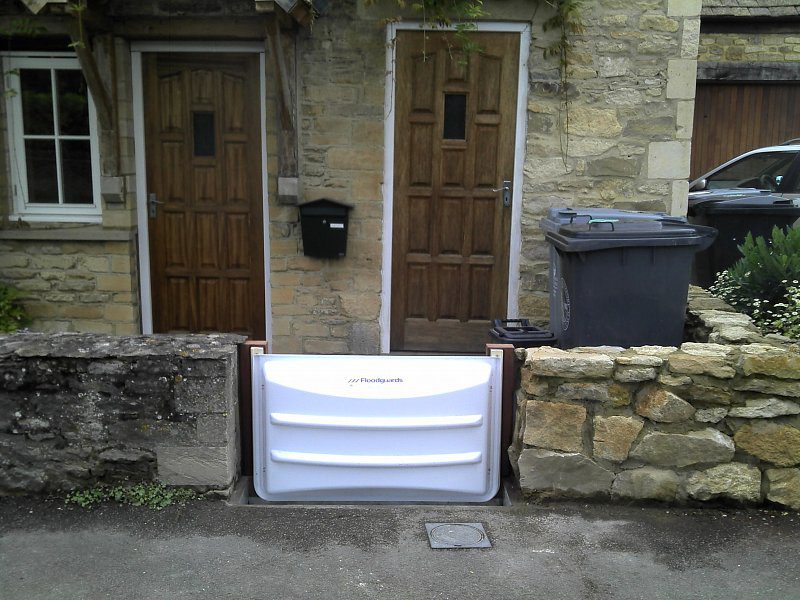 The Heritage Floodguards, developed by Aquobex, are reusable and removable barriers to protect doors and windows. The curved design pushes water away while the only remnant of its time installed is a few screw caps. They come in three standard sizes but can be custom-ordered to fit any door/window. Both commercial and residential variants are available.

Much like the Water Gate, the Aqua-Barrier is a deployable sandbag alternative that uses water as its main stabilization method. Unlike the Water Gate, however, it can be ordered in larger sizes- up to 150 feet. The other main difference is that the Aqua-Barrier must be filled up prior to being placed in the field. Still, the vinyl-coated polyester is durable and fantastic for larger spills or floods.

FloodBlocks are square flood barriers that can interconnect to create any shape or size. No bolting to the ground is required- instead, the blocks lock on with a foam gasket at the bottom of each barrier. Because each unit is modular, they self-fill with the flood waters and are always denser than the flood itself, ensuring there’s no tipping. And whatever LEGO comparison you were going to make, we’ve already thought of it. 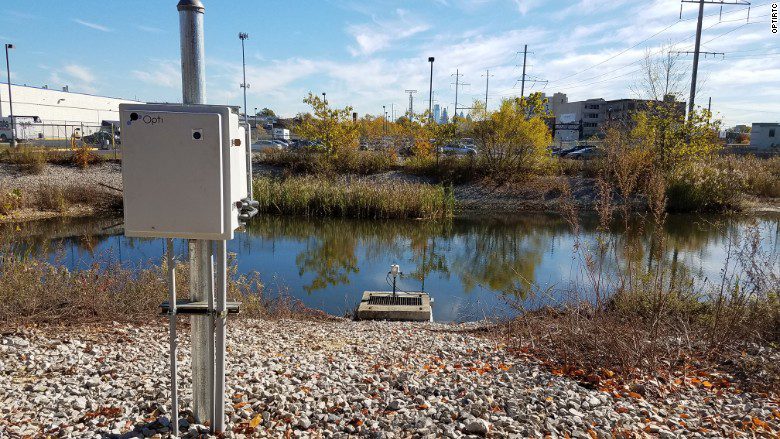 Many cities already use retention ponds to catch rainwater and prevent flooding. However, these ponds have their own risk of overflowing and basically defeating their own purpose. Boston-based company Opti has developed smart ponds, which have remote-controlled valves to actively control the water levels. It won’t eliminate flooding in its current state, but it will reduce the damage done.

The UK Environment Agency revealed a small army of flood-related technologies in 2016, including an amphibious clean-up boat. Capable of traversing both land and water, the boat is equipped with a giant chainsaw to cut up weeds and fallen branches. There’s also the Robomower, a remote-controlled variant for smaller messes. 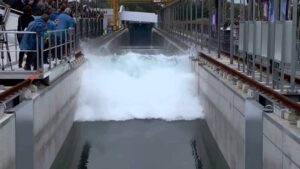 This wave simulator in the Netherlands can hold 9 million liters of water and create waves up to 15 feet high. Researchers at the facility can test various flood prevention methods like barriers and dikes to see how they’ll hold up against different types of waves. Sidebar: In 2015 a Dutch artist named Daan Roosegaarde bathed the town of Westervoort in a “virtual flood” to remind people that their levees are their only defense.

As we read about more and more floods taking their toll around the world, it’s good to know there are ways to keep yourself protected.