If you’ve grown up climbing trees (or even just near a forest), you know how tall trees can get. As a child, trees tower over humans and pierce the skies. Their height makes them perfect for daredevil challenges.

But would you be brave enough to climb one that’s nearly 400 feet tall?

Amid the redwoods of California is Hyperion, the world’s tallest known living tree. First discovered in 2006, Hyperion measures at 380.3 feet (115.92 meters). It’s estimated to be at least 600 years old but could be as old as 800. And it could’ve been even taller- experts believe that woodpecker damage may have stunted and prevented further growth.

How is it that redwoods survive such height? Sequoia sempervirens, the scientific name for California redwoods, don’t act like normal trees. Instead of having all their leaves be uniform at every height, redwood leaves vary. The leaves that grow from the tallest branches can absorb water through the fog and hold on to that water for a longer amount of time. Higher leaves have more “transfusion tissue” versus xylem, or water conduits. Leaves that grow lower to the ground reverse this trend.

But redwoods grow in other states, yet don’t reach the same heights. This is because of the drier climate in those states. Without the fog in the atmosphere, the tops of the trees aren’t getting the same amount of water. Growth then becomes difficult. With evaporation even more potent in drier environments, the combination of lack of water and gravity forces what little H2O there is downwards towards the base and roots.

Back to the climbing question, though. Would you be brave enough? Biologist and professional climber Steve Sillett was the first to attempt the climb, not long after Hyperion’s discovery. His journey was successful and inspired others to take the climb…or even to just take the hike to find the thing. While listed on official maps, Hyperion is a 51-minute walk from the park’s parking lot. The trek involves going off-trail and wading through a creek. If the creek is at high water levels, there is an alternative route, but you’ll have to be determined. It’s a whopping 10.5 miles and seven hours to walk.

Even if you don’t make it to Hyperion, the Redwood National and State Parks (where Hyperion is located) are still a marvel to many. The height of redwood trees makes them a novelty, even if you’ve seen your fair share of flora. They’re inspiring. People look at them and are reminded of how much further we can grow; we remember how relying on one another is a positive experience. Clothes and homes have been influenced by these trees. Even the tallest leaves have left their mark. In 2011, a Canadian nonprofit called FogQuest set up “Fog Catchers” in the Atacama Desert in Chile. The fog is captured in mesh and turns to droplets before running downpipes and into the dry ground. You can visit their website here to learn more. 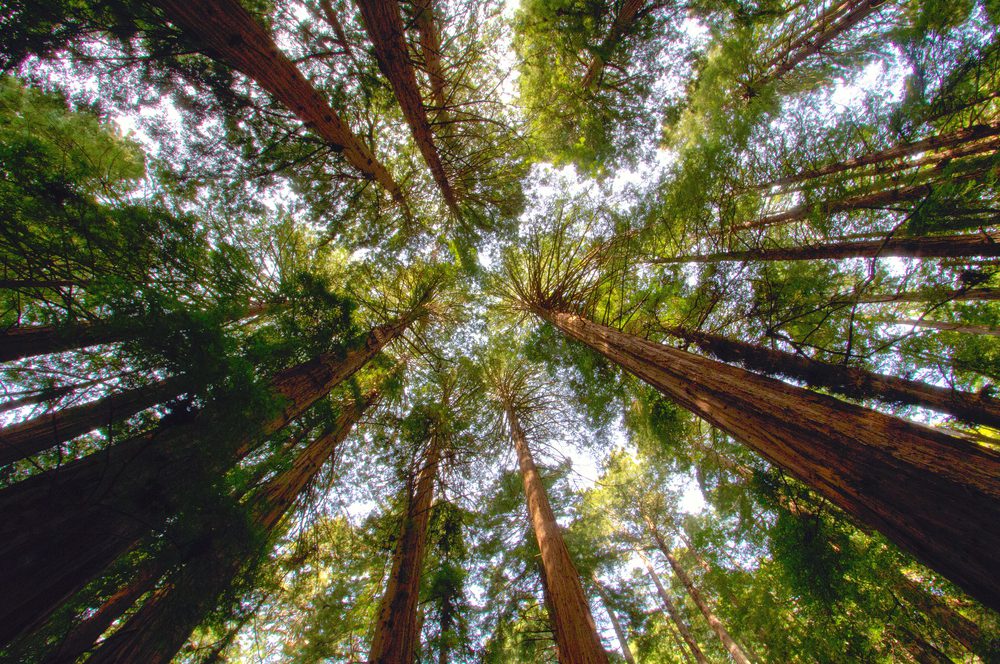 As amazing as the redwoods are, it’s entirely possible their story could end badly. The sequoia sempervirens is the only remaining species in the sequoia genus and is currently listed as endangered. Most are under protection and they do have long lifespans, but it’s unknown what will happen over time. For now, though, we can still admire these giants of nature and use them as inspiration for all sorts of projects. You don’t need to climb to the highest branch of Hyperion to reach your aspirations- start small, take your time, and you’ll get there eventually.