Home / story / The Five Rarest Plants in the World

We know that animals can be endangered, but did you know it’s entirely possible for plants to be at risk, too? Whether by habitat destruction, climate change, or invading species, these plants may no longer be around in the coming years. While conservation efforts are in place, the fate of these florae is still uncertain. Here are the five rarest plants in the world- what they are, where to find them, and how we can save them. 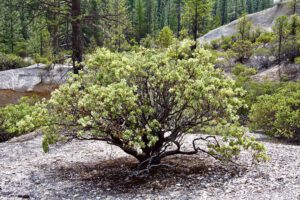 WHAT IT IS: Evergreen shrubs and small trees, all of which fall under the Arctostaphylos genus. The branches are twisted and smooth and are typically red or orange. They come in a variety of heights due to the nature of being both trees and shrubs.

WHERE TO FIND IT: In British Columbia, down through Washington, California, and Oregon, all the way to Mexico.

HOW TO SAVE IT: In truth, not all species of manzanita are in danger, but some are. The Presidio manzanita only had one specimen left in 1987, but it was eventually cloned. It’s still the most endangered plant in the mainland United States.

WHAT IT IS: A wall flower that grows no larger than 15 centimeters. It’s defined by its round, yellow flower and long, straight leaves. When the flowers give out, they make way for sticky fruits. The stems are thick and hairy.

WHERE TO FIND IT: Sandy areas in California, Humboldt, Mendocino, and Monterey.

HOW TO SAVE IT: Pampas grass is an invasive species taking over the Erysimum Menziesii’s habitat, so the grass is often removed or relocated. The flowers are also protected from off-road vehicles and sand mining operations. 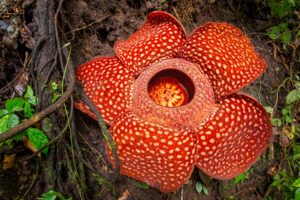 WHAT IT IS: One of two varieties of the corpse flower, this large, red flower earns its nickname from the scent of decaying flesh it gives off. Everything about this behemoth is considered somewhat parasitic, but it does aid in pollination. Interestingly enough, it was the inspiration for Gloom and Vileplume in the Pokémon series.

WHERE TO FIND IT: The rainforests of Malaysia, Indonesia, Bengkulu, and Sumatra.

HOW TO SAVE IT: Unlike other corpse flowers, the Rafflesia Arnoldii is not an attraction at botanical gardens across the globe. Instead, its locations in the rainforests are protected, and guests are charged a small fee to view (and smell).

WHAT IT IS: This corpse flower is the one you’re likely to see at botanical gardens. When the flower blooms (a rare and momentous occasion), a giant red cone is surrounded by a yellow wick. The outside is a greenish-yellow, and the smell is just as off-putting as the above.

WHERE TO FIND IT: The “Titan Arum” is native to western Sumatra alone, but can be found at research centers and botanical gardens worldwide.

HOW TO SAVE IT: While still rare, the constant studying and cultivation of the plant is keeping it alive. Being a major draw to several gardens also helps in conservation efforts. Nevertheless, there are so few Titans that all of them have nicknames. 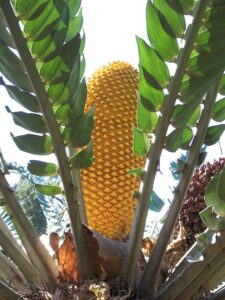 WHAT IT IS: An orange-yellow cone surrounded by green leaves. The leaves are slightly oblong and grow larger the further from the cone it is. The trunk is the traditional brown.

WHERE TO FIND IT: After being discovered in the wild in Zululand, South Africa in 1895, the cycad now is found almost exclusively in botanical gardens around the world.

HOW TO SAVE IT: Unfortunately, true Encephalartos Woodiis are bound to die out. No females of the plant have been found. However, they can be cross-bred with other members of the Encephalartos family, giving hope that the species may continue.