People without disabilities often take for granted the convenience of certain everyday privileges and experiences. There are the small things like taking the stairs and getting coffee in the morning and there are also the bigger things like not getting to hold hands with a loved one, not being able to view a sunset and the absence of music or art. Thankfully, that last one isn’t entirely true anymore.

Technological advancements are now making it easier for people with disabilities to both create and experience art. Take the University of Regina, for example. They recently created a digital device that tracks eye movements and can use those movements to create drawings. Using a Tobii 4C eye-tracker and working alongside the Carleton University Visual Simulation Lab, Christian Riegel and a research team are attempting to test the possibilities of this new technology. The Tobii 4C is currently being used to help empower children with disabilities.

Christian’s inspiration came when his team began witnessing the differences in people’s eye movements as they read works like Shakespeare. In an interview with CBC, he states, “That kind of gave us the idea that maybe we could take it a step further and get people to actually create things with their eyes. Once we started thinking about that, we got really interested in how people can use their brains to create art in different ways.” 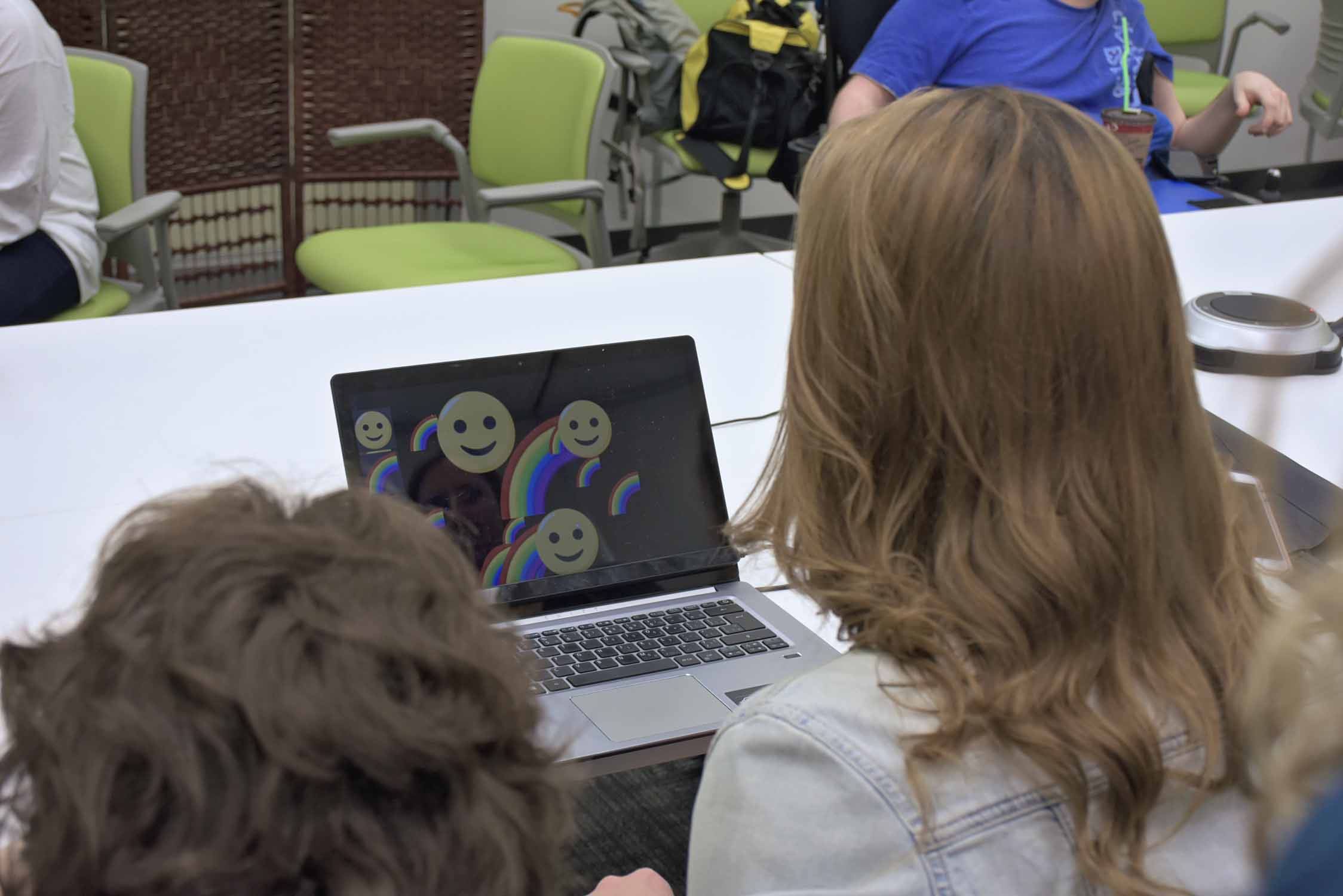 In February of this year, they hosted a hackathon where they invited people with mobility restrictions to test their currently developing technology. Participants were asked to create lines, shapes, and art using the new device. It was clear from this test that this technique comes with its fair share of challenges as people initially struggled to keep their eye movements steady. The event proved insightful and they hope that, by perfecting this technology, it will open up new doors for people with mobility issues.

Art museums are also being curated more specifically toward people with disabilities- especially those who are sight impaired. Several museums will have special events where patrons who are blind can touch sculptures and artifacts, experiencing the artwork for the first time. However, technology has allowed us to take this even a step further using a variation of 3-D printing.

Prior to modern-day technology, sculptures were the closest that seeing impaired individuals could get to seeing an art exhibit. Though they could touch paintings, they’re only really able to feel the textures rather than actually seeing the images being depicted. The company 3DPhotoworks developed a new process of 3-D printing that changed this.

The process involves a computer program converting the 2-D image of the painting into 3-D data. That data is sent to a machine that sculpts a bas-relief of the image into a 5-by-10 feet substrate. Finally, the digital image is printed on top of the relief. So the painting is now in 3-D so someone who is sight impaired is able to view the nuances in a way they never could.

3DPhotoworks even took it a step further and decided to install sensors throughout the art pieces. They’ve installed three sensors beside the artwork, which each talk about the history, artist, and describing what the art looks like. Then, as a person is touching the art piece, there are an additional twenty-four sensors throughout each piece that will relay information like the color and history of specific parts of the paintings.

In an interview with Fast Company, the Cofounder of 3DPhotoworks, John Olsen, says that he has ambitious goals for this new technology project. According to Olsen, “Our goal is to create a worldwide network of museums and institutions–now that the technology is available–where blind people can experience art and photography.”

Just as we’ve put braille on our signs and ramps on our buildings…it only makes sense that we’re making art more accessible.

Benjamin Von Wong and the Art of Trash

What is Nuclear Science Week?

Nuclear Science Week (NSW) is an international week-long celebration to focus local, regional, and international interest on everything about nuclear. It invites people from all