What’s In A Name: Beer & Breweries

What’s in a name? That which we call a beer by any other word would taste as… hoppy? When it comes to traditional art businesses, choosing a name in and of itself involves a creative process. You want a name that reflects your business in some way. You want a name that stands out, while still reflecting the industry for which it is part. It’s not an easy feat and each artistic industry has its own internal processes and preferences. Take beer and breweries, for example. The artisans behind this specific art will find their defining titles from a variety of sources, but a few of them stand out. 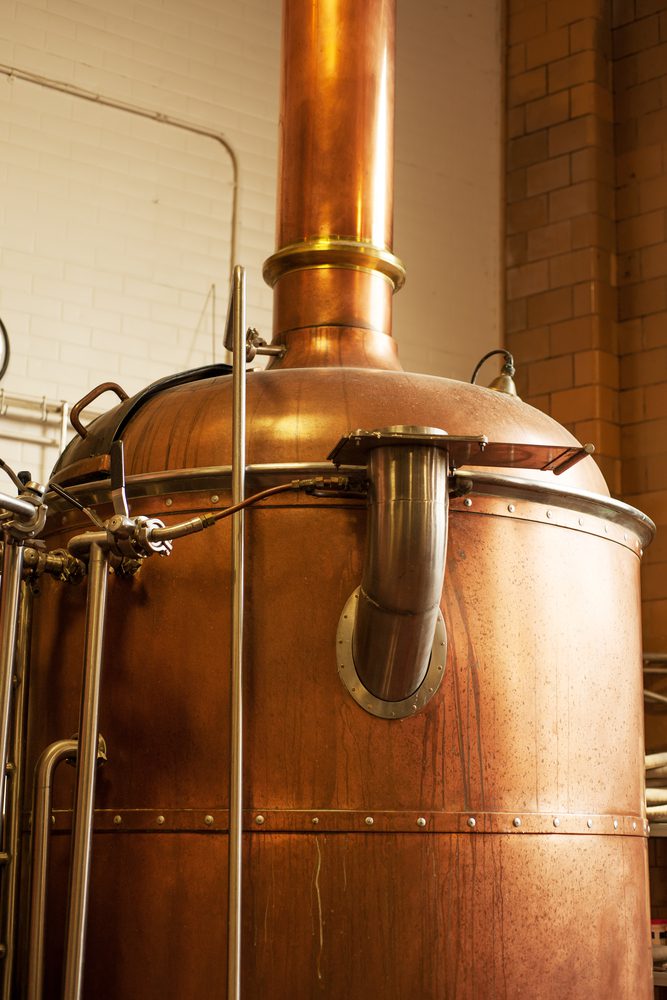 It appears one source of inspiration for breweries comes from a very distant past. There are quite a few of them that have gone all the way back to our mythological roots and taken their inspirations from the world’s many myths. One example, Salem, Oregon’s Gilgamesh Brewing, was inspired by the Epic of Gilgamesh and the ancient Sumerians who wrote this tale. According to legend, the Sumerians were possibly the inventors of the wheel, bread, and beer. They supposedly used clay and conical shaped vessels to ferment their beer underground. Not only that, but the business is owned by a father and his sons so the familial aspect of the Gilgamesh legend spoke to the owners as well.

Another interesting example is the AEGIR Brewpub, located in Norway. The name of this pub is inspired by Norse Mythology in which a giant named Aegir holds feasts for the gods where beer and food galore are served. In the myth, Aegir has a brewing kettle that’s a mile deep and, according to Odin himself, Aegir brews the best ale. Taking inspiration from myths gives breweries a name that not only sounds beautiful, but also contains a lot of history and symbolism behind it.

According to Twitter, the best way to generate a name for your craft beer or brewery is to use the job your grandad did plus a word you don’t fully understand. This actually resulted in a lot of really interesting beer names circulating around the internet because, crazy as it may sound, when it comes to beer names opposites can attract. Using two words that seemingly contradict one another as a beer or brewery name has become quite a common practice among the community. Beer names like Funky Buddha, Bearded Iris, Lord Hobo and Moody Tongue are popping up all around the country (yes, those are all real). 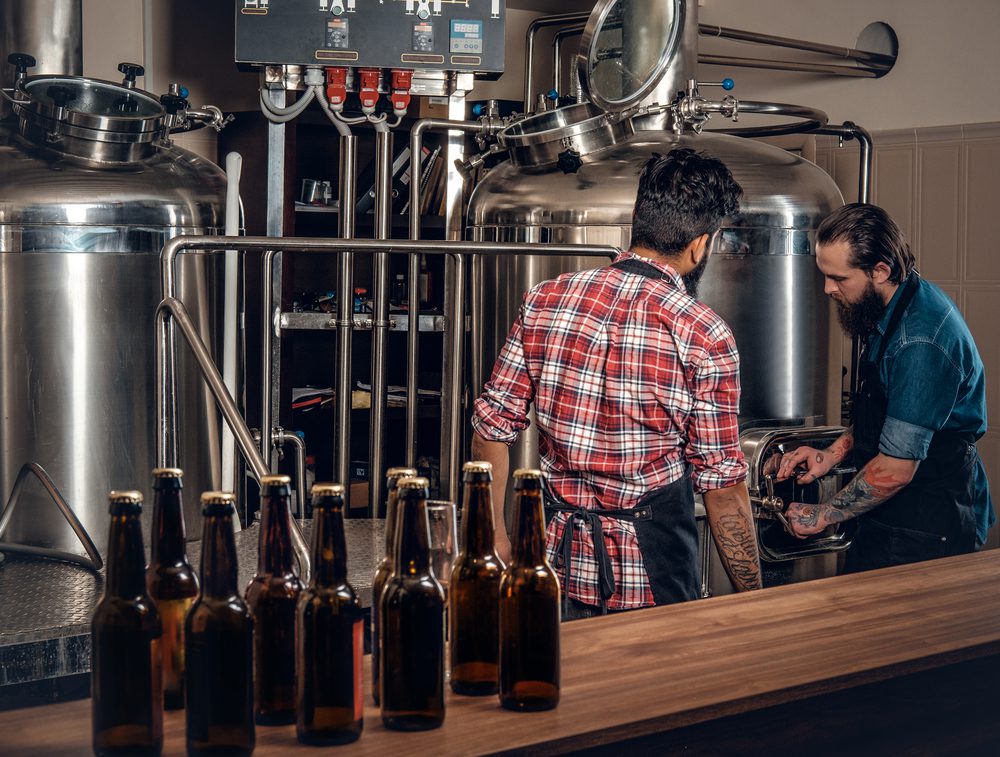 But often they aren’t as random as they initially sound. For example, take Wooden Robot Brewery, located in Charlotte, NC. In an interview on the Craft Beer website, the CEO Josh Patton states, “Wooden Robot represents the blending of seemingly disparate elements into a wonderful union. The wood represents the brewing tradition that inspires us: high-quality ingredients, expressive yeast strains and extended aging in oak barrels,” Patton says. “The robot represents innovation: the unique, creative beers that we craft using these traditional methods and ingredients.”

Another possible source for brewery and beer names is through nature or specific locations. It can be anything from a specific local spot to a place with fond memories- beer connoisseurs will draw inspiration from all over the globe. Take SweetWater Brewing Co., for example. According to Thrillist, the company was started by two college roommates from the University of Colorado. They decided to open the brewery in Atlanta and, while the business was being built, they’d take breaks and kayak down Sweetwater Creek. These rendezvous ended up being the inspiration for their name.

Another interesting story of a location-inspired name is that of Allagash Brewing Co., located in Portland, ME. In an interview with The Beer Wench, the founder of the brewery, Rob Tod, stated, “Allagash is a region in Northwest Maine. I’m terrible at thinking up names. So I passed the task onto my buddies. One buddy told me to call it Allagash Brewing because ‘you spent a bunch of time up there.’” 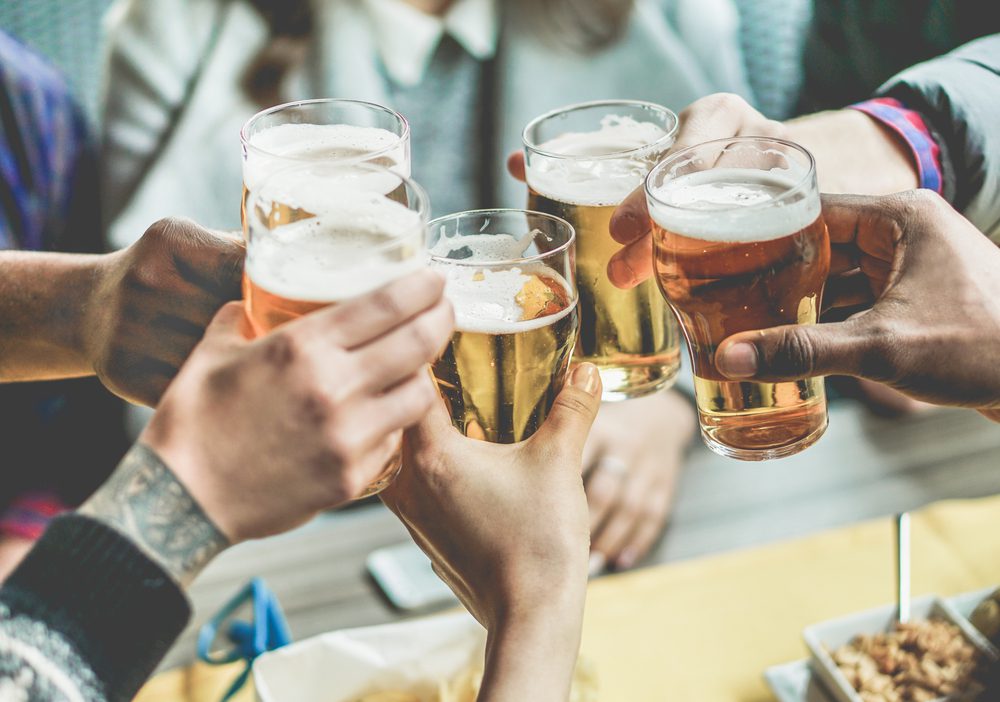 4. From Big Screen to Big Idea

There are also quite a few beers that are inspired by movie titles. Oftentimes they run for a limited time only, but a few examples would be Imperial Stout Trooper, The Last Jed.I.P.A., and Sly Fox Chest Bockwell. Boulder Beer even created a Pulp Fiction-inspired beer that they cleverly titled Pulp Fusion.

The brainstorming sessions that lead to these movie-inspired names can be very interesting. According to an interview on the Craft Beer website with Tess Mcfadden, marketing director, “Since it’s a Blood Orange IPA, we kept thinking ‘blood bath of citrus flavor’ while we were pondering its name, and the word ‘pulp’ kept popping up. ‘Pulp Fiction’ seemed a natural tie! To give it our own twist we came up with Pulp Fusion and incorporated the fusion swirls into the label design on top of the orange peel. And, of course, say that it pairs well with a Royale with Cheese.”

A name can make or break your artistic business and, as with all creative processes, artisans can find inspiration anywhere- from something deeply symbolic and personal to a completely random happenstance. Hopefully just not from Twitter (although I’m sure Landscaping Boffola would be a huge hit).

Spinnin’ Records: How They’re Made