Azerbaijan is no stranger to bubbling eruptions that start deep within the earth’s surface, but the cause of those eruptions isn’t what you think. Rather than the volcanic explosions that we so often think of, featuring hot molten lava and magma exploding into the air, Azerbaijan is home to what are called mud volcanoes.

Mud volcanoes form in places where pockets of underground gas have found a weak spot in the earth. On their way up and out, these gases may mix with water and react with mineral deposits within the earth. The gases force their way to the surface, resulting in pits of mud that erupt with bubbles and gurgling noises. And, because they don’t involve magma, they aren’t hot like traditional volcanoes. Instead, their temperatures vary widely, often being right around freezing. 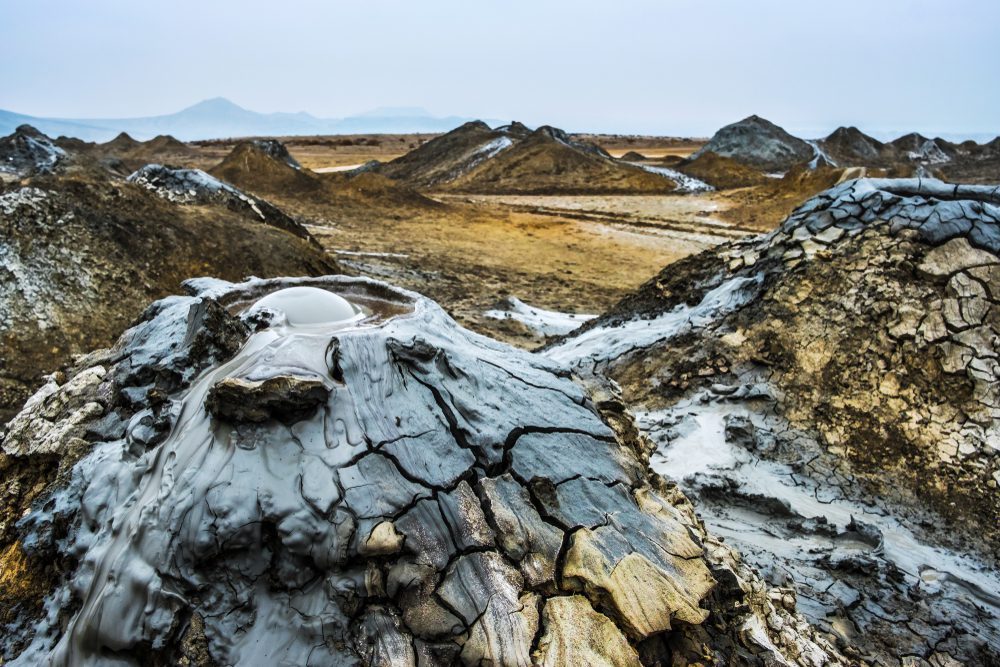 There are over one thousand mud volcanoes in the world and Azerbaijan contains the most of any country. The Caspian Sea is abundant in oil and gas fields, which makes it a hotspot for these volcanoes to form and erupt. Roughly 400 mud volcanoes are scattered across the coastal area of Azerbaijan.

Sedimentary volcanoes (mud volcanoes) are also much smaller than that of a normal volcano, peaking at around 10 km in diameter and 700 meters in height. Not only is Azerbaijan home to the highest volume of these volcanoes, but two of the largest mud volcanoes in the world are located there as well, Boyuk Khanizadagh and Turaghai. 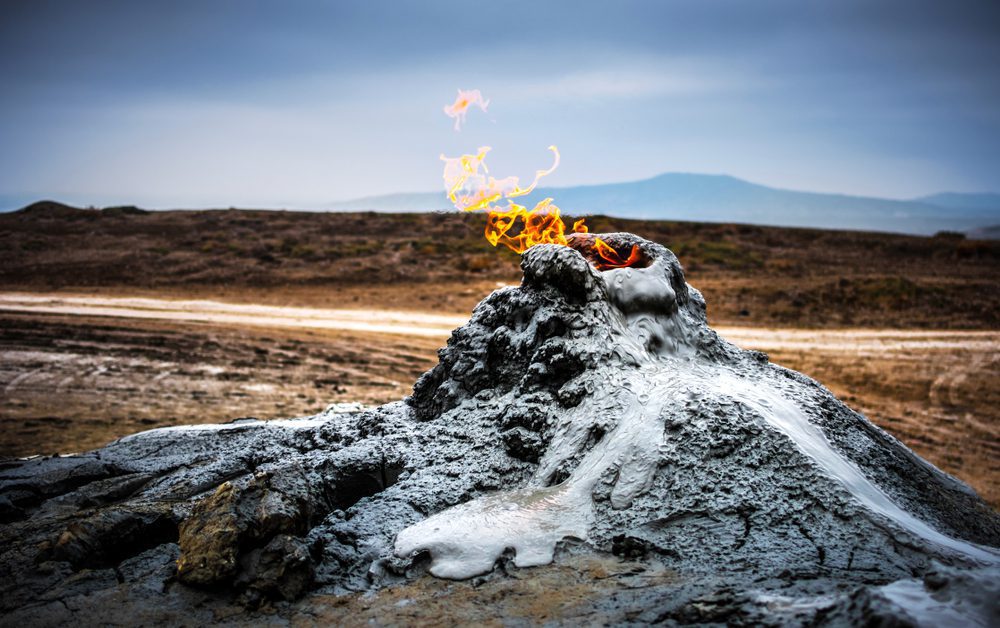 Mud volcanoes are often signs that large stores of hydrocarbon and petrochemical stores are located underground, which results in the gas trying to escape to the surface. A few of these gas leaks are constantly on fire, shooting small perpetual flames into the air, and certain mud volcanoes around the world have resulted in more traditionally volcanic displays periodically.

Although they erupt naturally, how they catch on fire is still a topic that is debated among scientists. Some suggest that it may be caused by colliding rocks kicked up during the eruption, which could create sparks that ignite the escaping gases. Still other scientists have said that the rapid change in pressures alone can also trigger an explosion.

Discover the World of Inspiration, and uncover the wonder of the Southwest, Antarctica’s desert, and Ireland’s Cliffs of Moher.