Picture this: you’re surrounded by darkness and you look up to see hundreds of tiny glowing lights in the distance. You may think you’re looking up at the night sky, right? Or maybe you’re viewing Van Gogh’s famous Starry Night painting? Well, you’re actually in the Waitomo Caves in New Zealand looking up at hundreds of fascinating little critters. 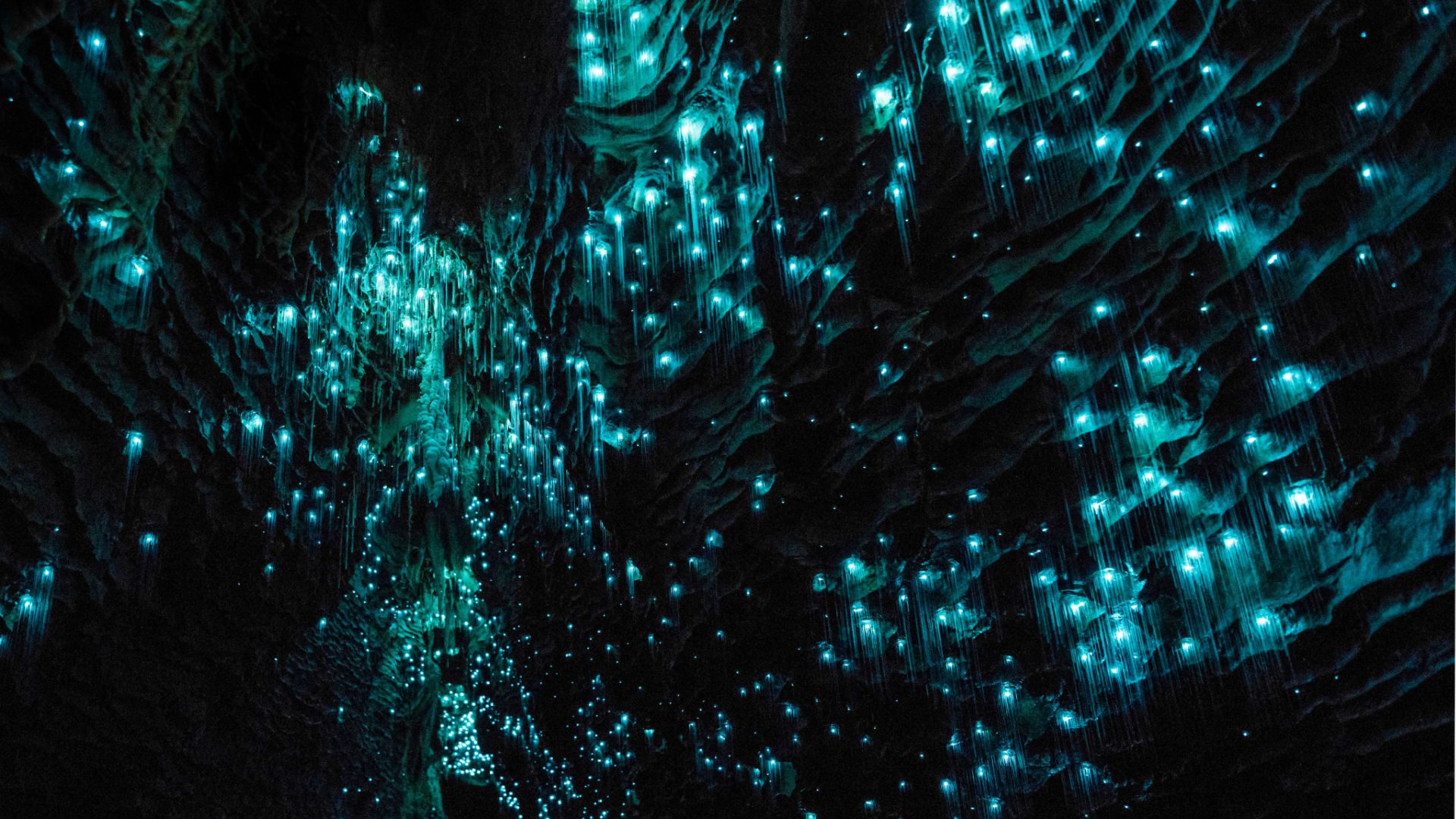 A little closer to a maggot than a worm, the glowworms that reside in the Waitomo Caves of New Zealand are known as Arachnocampa Luminosa (meaning ‘spiderlike larvae that produce light’). This species of gnat glows during their larval stage in order to attract other small insects as prey into their long sticky web-like lines that suspend from the ceiling. This is why their name includes the term ‘spiderlike’ since they catch their prey in the same way as a spider.

The bioluminescent glowing is a result of chemicals in their tail reacting with oxygen, creating a beautiful blue glowing effect. This species spends most of their lives as larvae and can grow to be the size of a matchstick. Their lives typically consist of about 10 months as an egg, then a juvenile larva, then a cocoon, then it becomes an adult fly. The fly cannot feed, however, so it spends the next few days mating and laying eggs until it dies 2-3 days later.

These little critters aren’t the only inhabitants of the Waitomo Caves. They share the space with another insect called a cave weta (otherwise known as a cave cricket). The weta is prevalent in New Zealand, with over 70 different species including the giant weta which is the heaviest insect in the world. They have also been around for millions of years, even seeing the dinosaurs come and go from the planet.

The Waitomo Caves are very old as well, having formed roughly 30 million years ago. The limestone rock within the caves, which includes stalactite and stalagmite formations, started off as bones and shells of marine life. The marine fossils hardened on the seabed over millions of years, which turned them into sedimentary rocks. Roughly one million years ago, this rock was exposed to rain which created large cracks which have evolved into the modern Waitomo Caves. 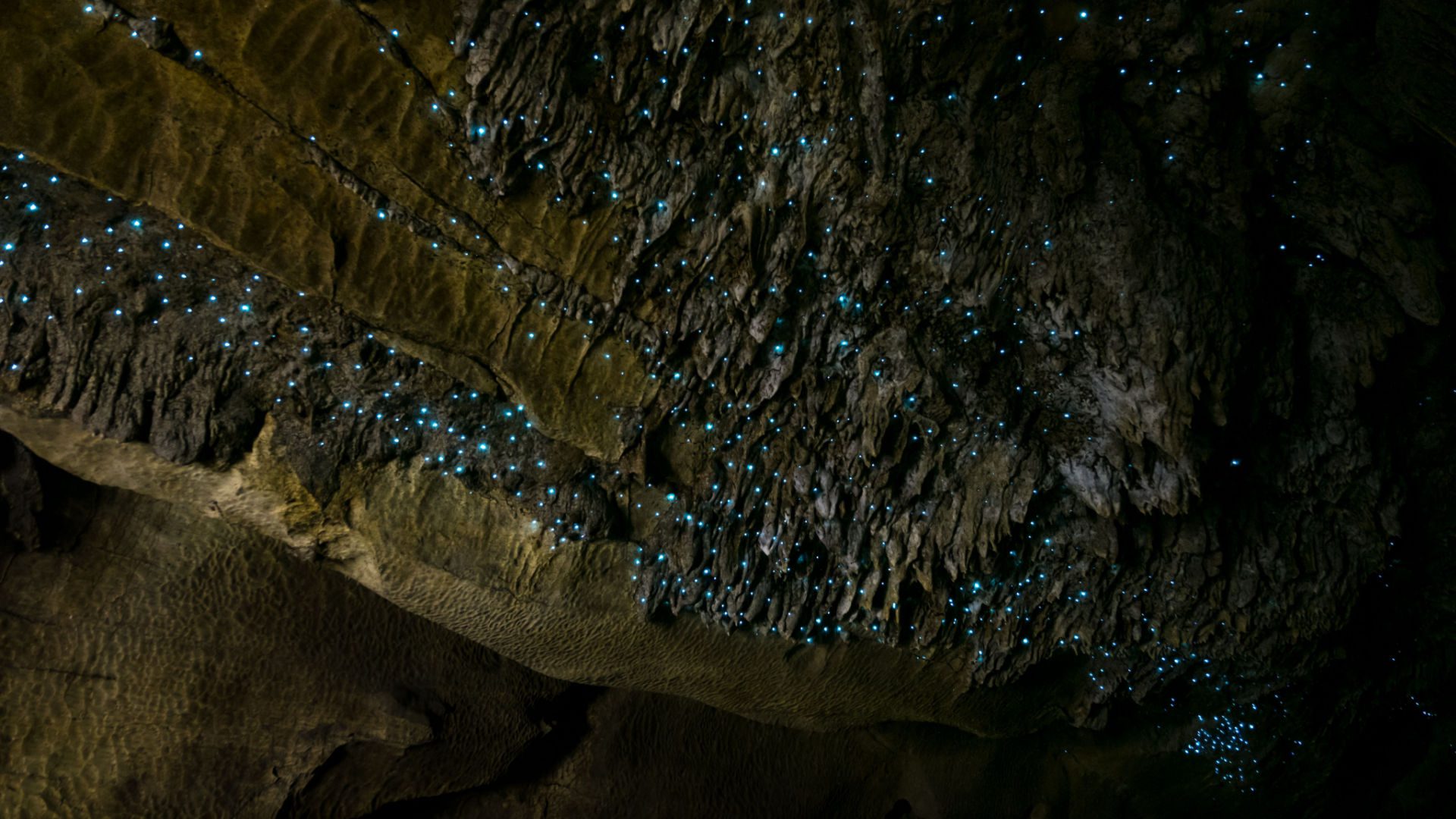 There are hundreds of caves in Waitomo (although there are only ten that you can explore with tours) and people have been exploring these caves for over one hundred years. The caves were said to have been discovered in the 1800s by Maori Chief Tane Tinorau, who started allowing others to tour the caves in 1904.

Discover more about the World of Inspiration, and explore how young people are saving our forests, Ireland’s Cliffs of Moher, and what we can learn from a 39-million-year-old fores