Home / Innovation / How Lithium Batteries Are Made

Electric batteries are being installed in more car models each year. While purely electric cars are still rare, they’re frequently found in hybrids, which use them in conjunction with traditional fuel. Lead-acid and nickel-metal hydride batteries are options, but the most popular (and most reliable) is one made with lithium-ion. But in that statistic lies another question- how is a lithium battery made?

It Starts With An Electrode…

It starts with three main components, the same as any other piece of electrical equipment: the positive and negative electrodes and an electrolyte. In the case of a lithium battery, the positive electrode is made from metal oxide while its negative counterpart is graphite or carbon. The electrolyte is lithium salt in an organic solvent, hence the name. The exact composition of these elements can drastically change the battery’s stats, from voltage to life to safety. If the ratio isn’t perfect, there’s a very real possibility the battery will catch on fire.

Additional components, outside of the battery housing, may be included, depending on what the part is for. Lithium batteries aren’t just for cars, after all- they’re usually found in laptop computers and other devices. For a laptop, the battery pack might also include a temperature sensor, a voltage regulator circuit, a charge-state monitor, and a mains connector. These allow the battery and the system housing it to regulate temperature to prevent overheating and display how much power is left.

They can also come in a variety of shapes and sizes. Naturally, vehicle batteries are larger than those used in a smartphone. Modern laptops and devices have their batteries housed in a soft, flat pouch, and are often called “lithium polymer batteries.” In 2014, Panasonic unveiled a pin-shaped battery weighing only 0.6g. At a length of 3.5 millimeters, it’s the smallest lithium battery ever produced. 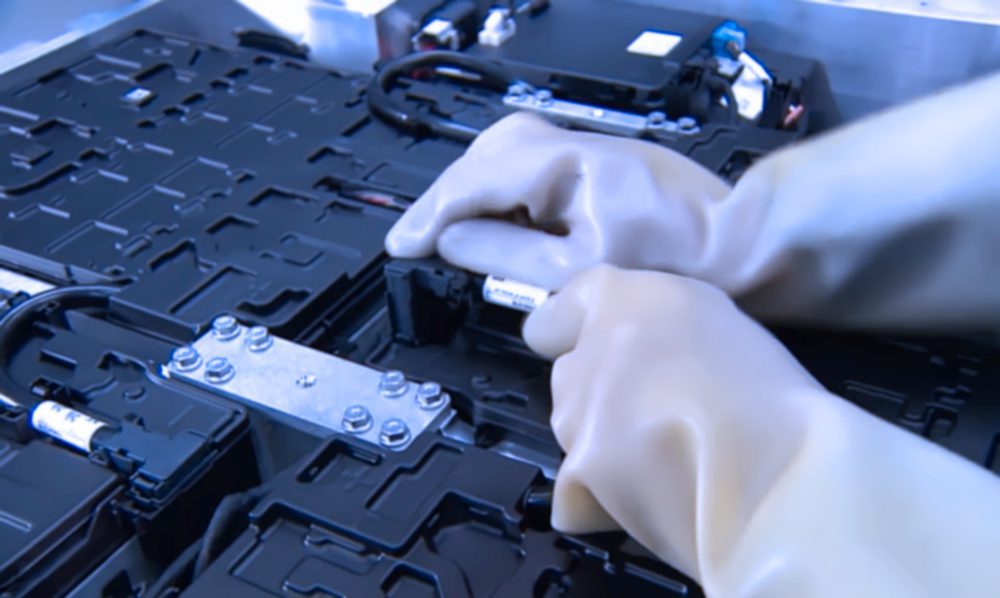 No matter the shape or extras, the main build of the battery is the same. The lithium starts as a large roll which is flattened into a thin sheet. Even after being pressed, it’s further flattened so it only measures 1/100 of an inch thick. It is then laminated and thinned even more before being wrapped up on a spool. During this process, the lithium is also coated with a film to prevent it from sticking.

The sheet is wound up and placed in a vacuum oven, so the layers firm and stick to one another. Each sheet is then tested to ensure it is producing the right voltage. The thickness is checked, and when it gets the all clear, the lithium is officially labeled as a battery cell. These are stacked between metal plates and shipped to a fabrication facility.

Then You Get Some Robots…

During the fabrication process, the cells are placed into a protective tank. A robotic arm sprays it with molten metal, which hardens almost instantly. The cells are now prepared to be assembled into a module, where the electrodes are installed, and any circuitry is soldered on. Multiple battery cells can be used in a single battery, depending on the size and voltage needed.

The process of building a lithium battery is almost entirely automated, as it is to produce the vehicle it’s being built for. This isn’t out of laziness, but rather safety concerns surrounding their production. As previously mentioned, the batteries require specific measurements and are prone to leaking or even exploding. Machines can perform these delicate tasks exactly and without fear of being severely injured. 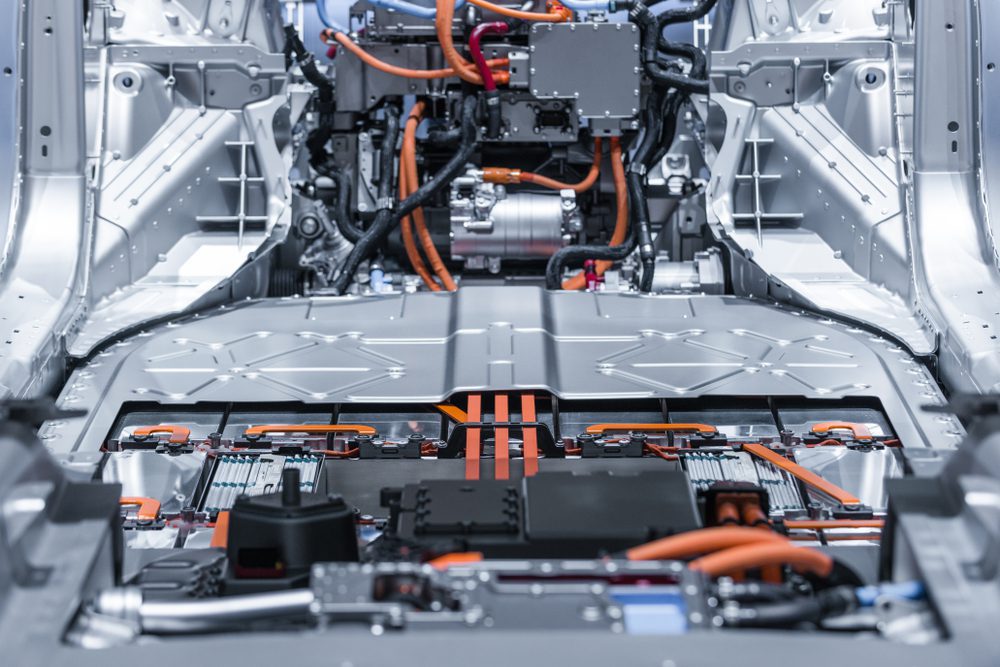 Fully-electric vehicles are slowly becoming more mainstream, and the production of more reliable batteries is largely to thank. Lithium-ion, in particular, has made life easier, not just for motorists, but for anybody who uses a computer or smartphone. They’re going to keep powering our lives as long as we keep powering them.

Which reminds me, I should really plug in my laptop.