Mosaics are among the more unique art forms. The practice of laying tiles is time-consuming and occasionally physically painful (depending on how the mosaic is laid out). However, the result is a stunning piece of art full of vibrant colors that stands as a testament to the artist’s dedication. 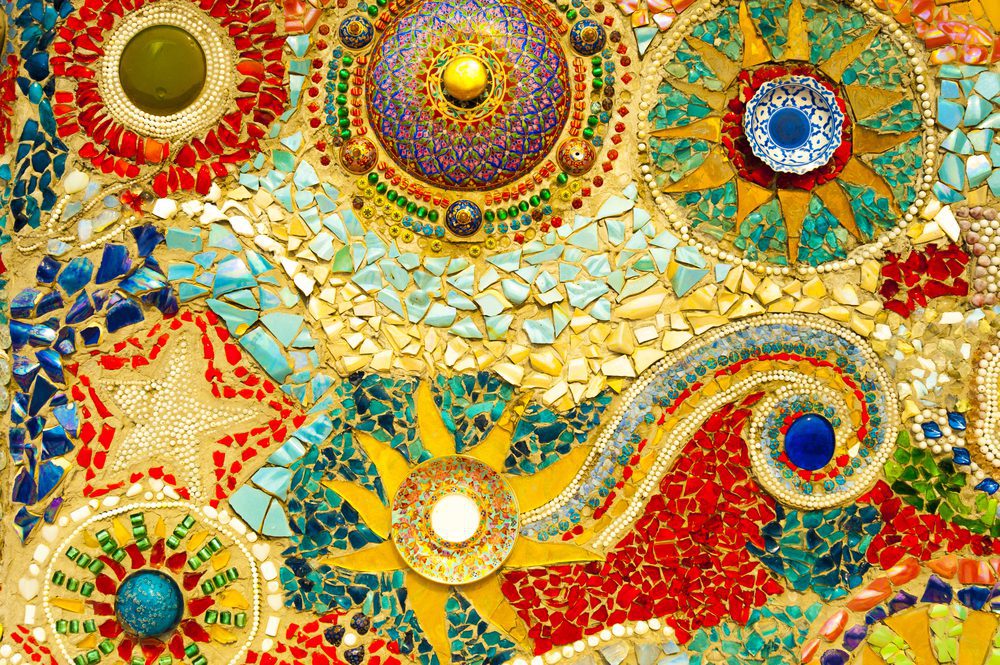 The most common tile used in mosaics is called tesserae. These are small, square pieces of stone or glass in various colors. When arranged by the artist, they form a pattern or design. “Pebble mosaics” refer to mosaics that use rounded stones instead of the traditional square. Unlike many art forms, many mosaics are built to be walked on or used as interior decorating. For this reason, they tend to be more durable and easier to clean and restore than other artistic mediums.

Mosaics can be traced to ancient times, with the earliest known example dating to 3 BC. They were particularly popular among Greeks and Romans, frequently depicting the various gods. Similarly, Christian figures were a common subject as Christianity began to spread across Europe. Many Middle Eastern and Western Asian countries also produced mosaics, especially those from Islamic cultures.

While religion is still a common focus for modern mosaics, it’s also gained some traction among the gamer community. The nature of the tiles lends itself well to pixel art and has experienced a resurgence in the form of street art. There is also Portuguese pavement, a style of road that is created in a similar fashion to mosaics. As to be expected, it is more common to use stone for this style of mosaics rather than the typical glass.

It’s also a popular hobby. Tesserae are now made from other materials like ceramics, shells, or even plastics. In fact, crafts like fuse beads and water-activated beads are kid-friendly versions of mosaic making. Most craft stores have entire aisles dedicated to mosaics, with everything from starter kits to assorted tiles. It’s a far cry from the traditional and backbreaking methods used by the artists of old. However, it is also much more accessible to creative minds of all ages and is no longer limited to said artists.

One of the most famous mosaics in the world is The Jameh Mosque of Yazd, located in Iran. Everything from the ornate entrance to the dome is full of beautiful and detailed tiling. It’s still polished and colorful, thanks to restoration and maintenance. The world’s largest glass mosaic mural hangs in the Villa Harvey Mann Build in San Diego, California, measuring over six stories. At the Westminster Abbey lies the Great Pavement, inspired by the Pope’s summer home in Rome and depicting the universe. The story goes that the Abbot of Westminster was so impressed with the Roman house he quickly brought in Italian glass and marble. Rare gemstones were even inlaid in the tiling, recycled from monuments thousands of years old.

Unfortunately, despite their accessibility in the modern era, mosaics have become a more niche art form. That’s not to say that they are unpopular…far from it! Any house with a tiled backsplash in the kitchen technically has a mosaic inside. But it is not the art form it once was, showcasing religious figures and considered a domain for professional artists only. Whether that is a good thing depends on personal preference. Mosaics, like all art forms, are about creating something special to the artist. If that means creating a Pac-Man pattern over Zeus, that’s your artistic vision. Just be careful handling the tesserae- the edges can get incredibly sharp.

Follow our World of Creation where “what if” becomes “what is.”