People have various reactions when you bring up robots with emotions. Some are on board with the idea; they respect that if robots are expected to work like humans,  it’s only natural that they should feel the same as we do. Others fear them eventually overthrowing us or life as we know it turning into some other sci-fi horror plot. But both camps believe emotional robots are a thing of fiction, if not the future. 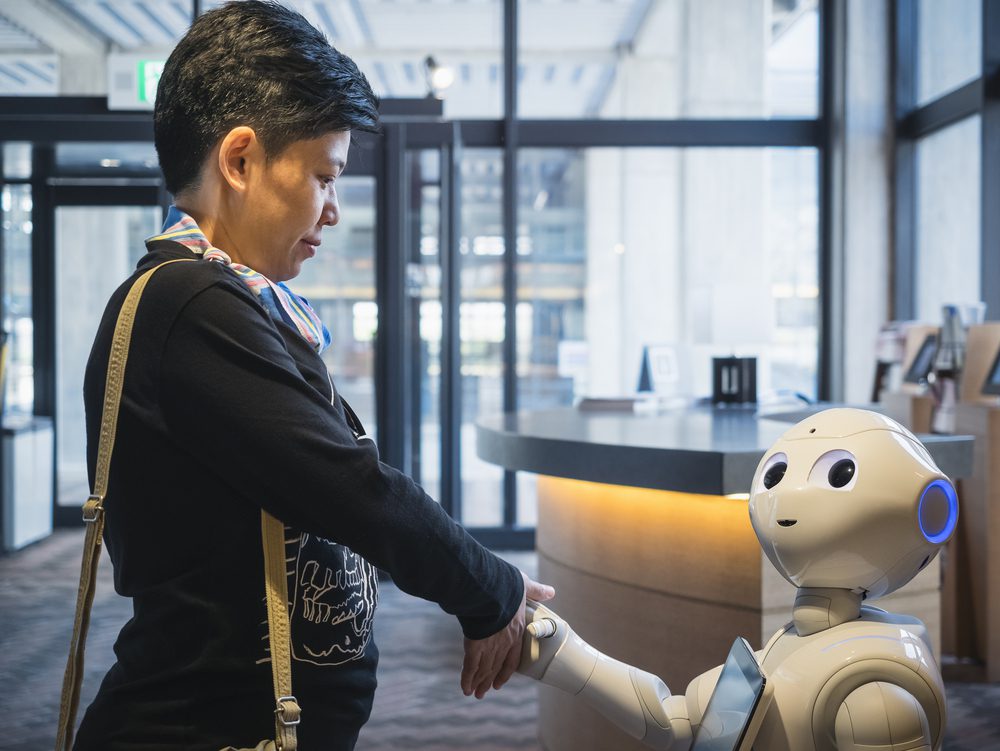 Pepper, created by SoftBank Robotics, is advertised as the first robot capable of recognizing and reacting to human emotions. He speaks and goes through body movement as naturally as possible. He’s even capable of expressing his own “thoughts” on the current mood, with his eyes and tone of voice adjusting.

Admittedly, this is less an “emotional robot” and more “a robot who can sense emotions,” but it’s on the same slippery scale. Pepper is, in many ways, an additional person learning about you. He has facial and auditory recognition software and can move autonomously. And according to SoftBank’s website, “Pepper wants to learn more about your tastes, your habits and [sic] quite simply who you are.”

Currently, Pepper is installed at various Mizuho banks throughout Japan to act as a customs desk of sorts. Nestle is also planning on installing him in various Nescafe sales outlets in the same country to help explain and sell products. Most interestingly, Pepper can be “adopted” and give him new functionalities while gaining a new companion. While this isn’t too uncommon- see the likes of Alexa or Jibo- Pepper is the first humanoid robot to join households in this fashion. 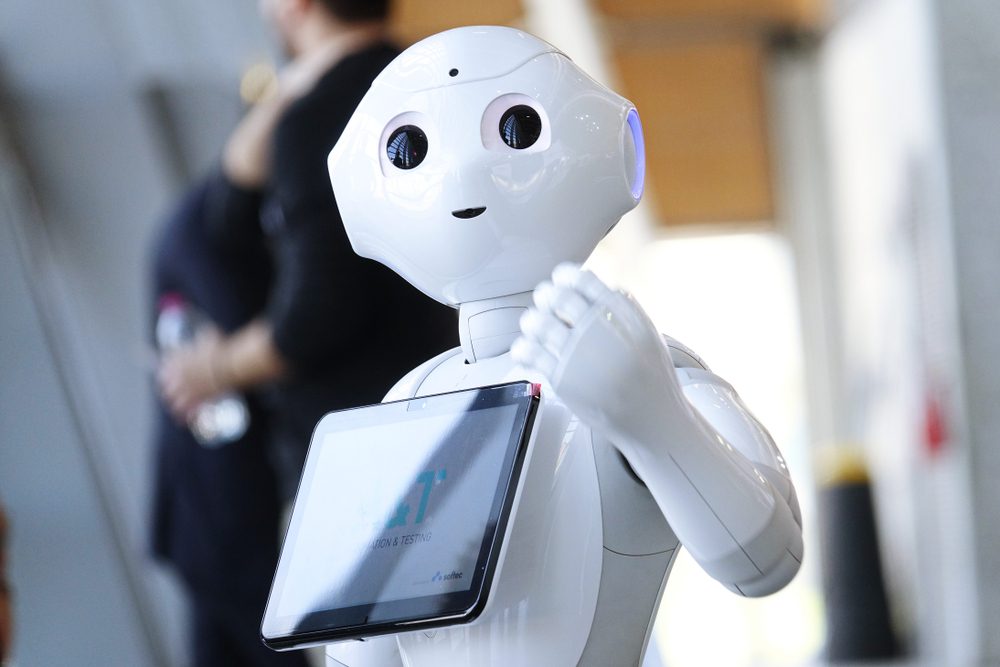 Spec-wise, Pepper impresses. He’s 50 inches tall, weighs 61 pounds, and in place of legs, has three omnidirectional wheels. He comes equipped with Bluetooth, Ethernet, and Wi-Fi connectivity and an ATOM processor. On a full charge, Pepper can run for twelve hours and autodocks when low on battery.

Ultimately, though, what’s been bringing in buyers have been the entertainment aspects of Pepper’s designs. In a promotional video, Pepper visited the offices of the Financial Times. As seen below, during the visit he failed to meet his most-toted features: his emotional response and stimulating conversation. Some could argue that, since this was shortly after Pepper’s release, some bugs still needed to be ironed out. Unfortunately, a similar promotion with MasterCard and Pizza Hut had Pepper take the place of a self-ordering kiosk. His “personality” added little to the affair beyond novelty. Concerns were also raised if there was too much background noise or the customer strayed from the expected dialogue.

However, all is not lost. Late in August, SoftBank announced they were updating Pepper’s emotion recognition AI, using Affectiva’s model. One hope is that he’ll be able to read more subtle reactions, like differentiating a smile from a smirk. In a statement, the company said, “understanding these complex states will enable Pepper to have more meaningful interactions with people and adapt its behavior to better reflect the way people interact with one another.” In other words, Pepper will–or at least should be–more like a human with emotions of his own. 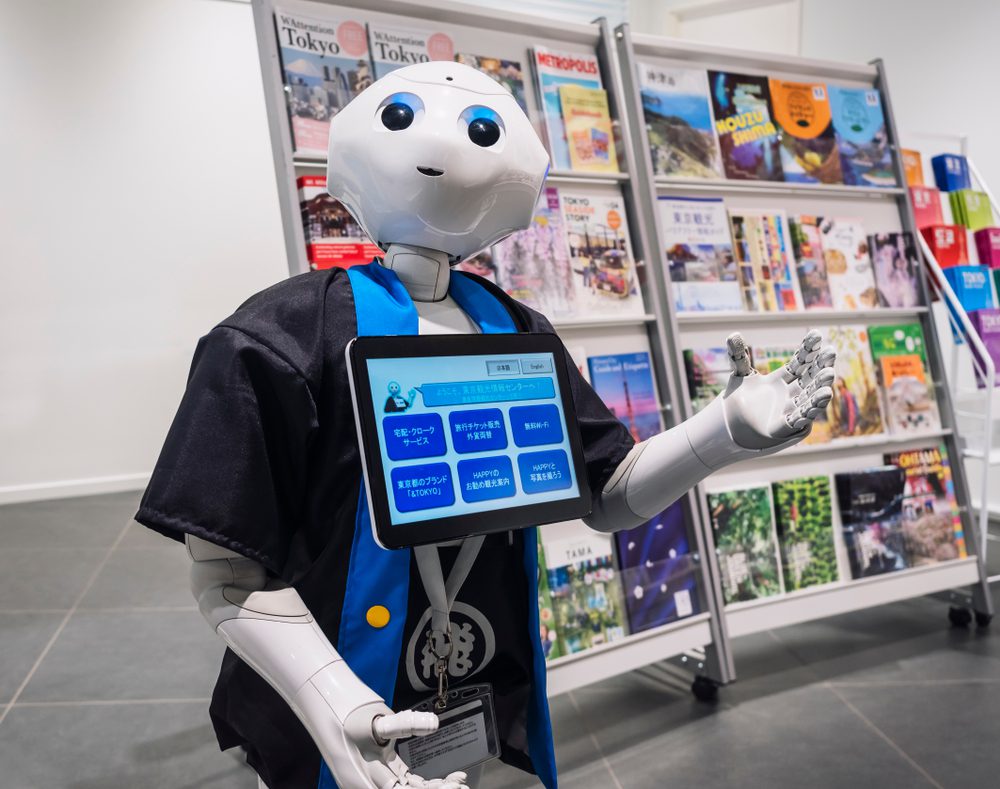 So, is humanity ready for an emotional robot? Possibly. Right now, Pepper isn’t much more than a fad with a bit more personality than a Roomba. And he’s well-equipped to take on several tasks, ranging from hawking credit cards to working at a Buddhist shrine. (No, really.) As his AI develops and is expanded upon, Pepper might find himself contemplating his own existence and the feelings he has. For now, though, he’s happy to be a glorified advertisement. No need to worry about the robot uprising.

Glass: From Sand to Sturdy

How Manufacturing Companies Have Innovated During COVID-19