Home / Production / Creating the Xbox One X: How a Console is Made 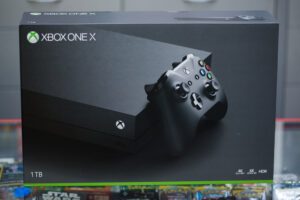 For most consumers, buying a new video game console is as easy as going to the store and taking it from the shelf. The device came straight from the company headquarters, as far as they’re concerned. But as with all electronics, there’s a lengthy and multi-faceted process to making the console. Today, we take you behind the scenes of the production of Microsoft’s Xbox One X.

The first step to any console build is determining what operating system the device will run. In the case of the Xbox One X (hereby shortened to “XOX”), it uses the Scorpio Engine, designed in-house at Microsoft. The system-on-a-chip (SoC) was entirely custom built, giving the development team free reign over optical and hard drives and memory components. Most impressively, the SoC means the console can be considered the first “True 4K Gaming” experience.

What most people consider to be the actual “console” is really just housing for the chips inside. For the XOX, the motherboard rests at the top of the console, with the optical and hard drives underneath. Says Senior Designer of the Microsoft Device Design Team Bryan Sparks, “[w]e envisioned this monolith [like the ones from 2001: A Space Odyssey]. Whenever you see it in the film, it was a signal to the audience that it was the next stage in advancement. So, we kept that as a design goal: Xbox One X is the next point of advancement.”

THE HEIGHT AND HEAT 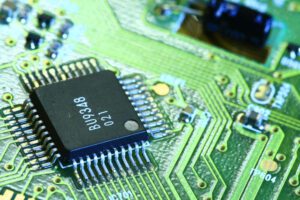 Because of the added height of the XOX and the components inside, the console was inevitably going to produce a lot of heat. To compensate, a heat sink must be added. For the XOX, a custom centrifugal fan was custom built to move air throughout the chassis and keep everything cool. This fan works in conjunction with a “vapor chamber heat sink.” The chamber is hollow and filled with water, using a vacuum to move the heat towards the radiator fans. Leonardo Del Castillio, GM of Xbox Devices Console Development explains that the vapor chamber is “like what you’d find in high-end PCs and graphics cards, and we believe this is the first time it’s being used in a consumer electronic.”

Despite the amount of in-house work put into the XOX, Microsoft did reach out to other manufacturers for non-custom parts. “[The hard drive and] the mechanical components are pretty much standard,” Castillio explains. “We do work with our manufacturers to optimize firmware performance specifically for our product. To preserve that performance, we have to take a great deal of care when it’s mounted.” That care means yet another custom-built part: the mount for the system. It must be assembled with care and precision. “Every single component and where it’s placed is critical. Start moving holes around or components, even a millimeter, can cause interference to other products. So, it’s necessary for the engineers to be working on design concurrently… [otherwise] we’d wind up with a sub-optimal product.” 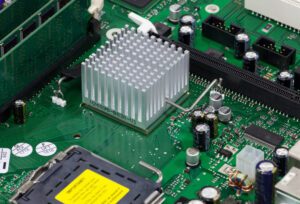 The last step is the on that is most likely to concern buyers: the appearance. Before the XOX was released, Microsoft’s previous console (the Xbox One S) was shelled in a new color called “Robot White.” For the XOX, meanwhile, Sparks and his team came up with the exact opposite. “[Robot White] did a great job embodying what Xbox One S was, which was a bold, approachable console,” Sparks says. “For the Xbox One X, we had a different goal in mind. We wanted a color that would embody the power that was encased inside the console.” That color is called Infinite Black, with a fine finish on the top of the console and a matte finish on the bottom. The contrast helps differentiate the two pieces and make it more “elegant.” As for the controller, the standard version is black, but faceplates and custom colors are available online.

The XOX is a testament to the effort put into designing and building a console. It’s a task that largely goes unrecognized, as most people are more concerned with the price tag and lineup of games than the console itself. But the work is undeniable and impressive and worth investigating for causal gamers and hardcore fans alike.