Imagine spending a night curled up in a warm blanket with your favorite book, drinking hot tea, listening to Simon & Garfunkel on vinyl with the distant sound of gentle raindrops hitting the roof. Or perhaps it’s a starry night and, gathered around a campfire on a chilly autumn evening,  are you and a group of close friends taking in the smell of pine trees. Maybe you’re spending an afternoon playing board games and watching classic movies with your family, your home filled with the sound of laughter while the wind blows against the windows… Surprising as it may be, all of these seemingly different experiences can be defined by one word: Hygge.

While other cultures may have their own versions of this word and their own variation of it in practice, the entirety of Danish culture can be captured using just these five letters. As Meik Wiking, CEO of the Happiness Research Institute in Copenhagen, puts it in his book The Little Book of Hygge: Danish Secrets to Happy Living, “… what freedom is to Americans, thoroughness to Germans, and the stiff upper lip is to the British, Hygge is to Danes.” 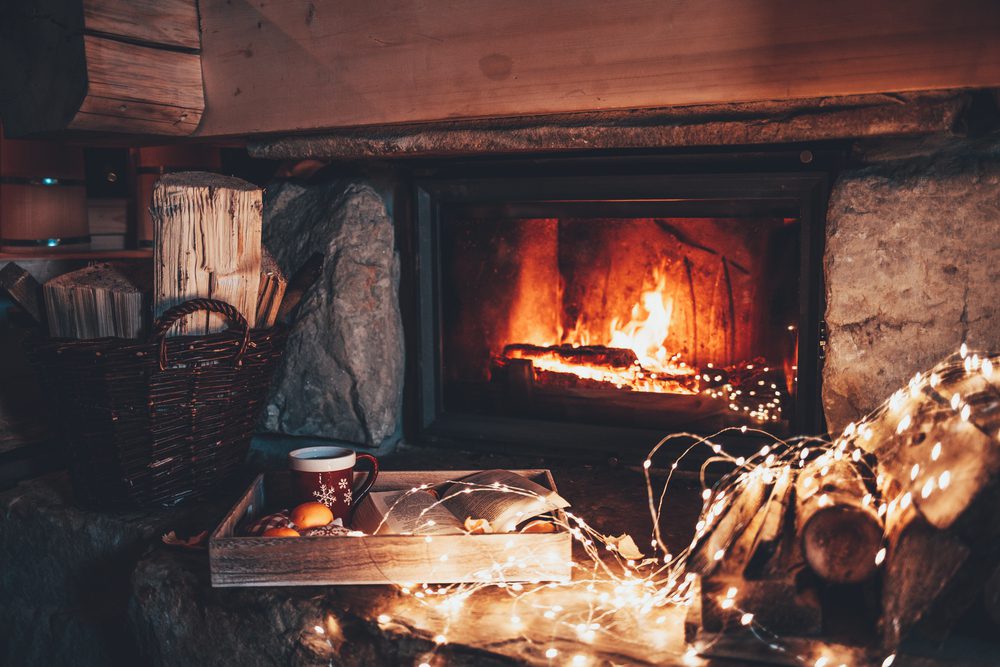 Hygge [hoo-gah] is a very difficult term both to define and, quite frankly, to pronounce. In fact, 35% of Danes surveyed said it couldn’t be translated into other languages. However, it roughly translates to creating a warm atmosphere and enjoying the good things in life with good people. It may seem like a simple concept, but, believe it or not, there are multiple tiers to this cultural staple.
Despite what Shakespeare tells us, there’s absolutely nothing rotten in the state of Denmark. In fact, it appears to be the opposite since the Danes are consistently ranked among the happiest countries in the world. They’ve placed among the top three happiest countries in the World

Happiness Report for five of the past six years and were ranked number one for three of them. As a result, the practice of Hygge is quickly gaining worldwide recognition from happiness experts like Wiking.

You may think there’s just something in the water up there, but, according to experts like Wiking, the incorporation of Hygge into culture and your individual life has a proven impact- on both the level of happiness and overall life satisfaction. There are many core principles and mindful practices that make Hygge unique, but one of the most important is the appreciation of nature and natural elements.

Hygge is a sensory-driven experience. You should taste it, smell it, feel it- even be it. One attribute that stays consistent throughout the different practices of Hygge: every one of the senses should be stimulated by an element of nature. And, because 71% of Danes said that they experience the most Hygge in their homes, the Danes have found ways to bring the outdoors, indoors.

One Hygge tool that is meant to encompass every sense (well, maybe not taste) is having items made of wood. The Danes have wooden floors, bookshelves, tables- even wooden children’s toys have become popular again in recent years. It may look like the Danes have acquired a Tardis and transported themselves back in time, but, according to Wiking, this is the Danish way of “hanker[ing] to our roots… Wood makes us feel close to Nature; it is simple and natural, just like the concept of Hygge.” The Danes have found that the feel of your fingers against a wooden cabinet, the smell of a wood burning stove or fireplace, the creak of a wooden floorboard- all of these induce a therapeutic effect. Don’t go around licking your wood furniture, though. I promise it won’t have the same result. 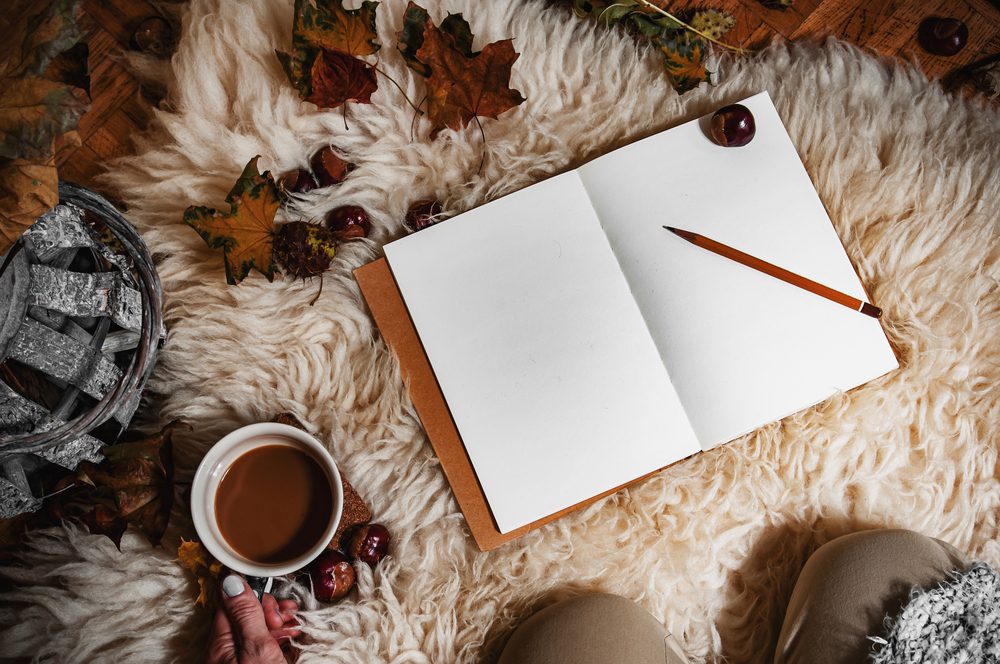 Danes have even taken it a step further than simply incorporating wooden items into their homes. According to Meik Wiking, “Wood is not enough. Danes feel the need to bring the entire forest inside.” Any decoration piece that comes from nature is considered to be part of Hygge practice. Leaves, twigs, nuts, chairs covered in sheepskin, cowhide on the floor- essentially, if your house resembles a giant bird’s nest, you’re doing it right. Or, as Wiking puts it, “Basically you want to think: How would a Viking squirrel furnish a living room?”

Another way Nature is nudged into the day to day practice of Hygge is through natural light and window space. Wiking consistently suggests that you set up your Hyggekrog, or ‘nook’, near a window. In fact, most Hygge spaces and experiences have some element of this – reading a book near a window, hearing a storm outside or the wind beating against the windows. Even if you’re practicing Hygge indoors, having that small element of nature allows you to remain present, in the moment, and appreciate the warmth and joy of being indoors- spending time with the ones you love. 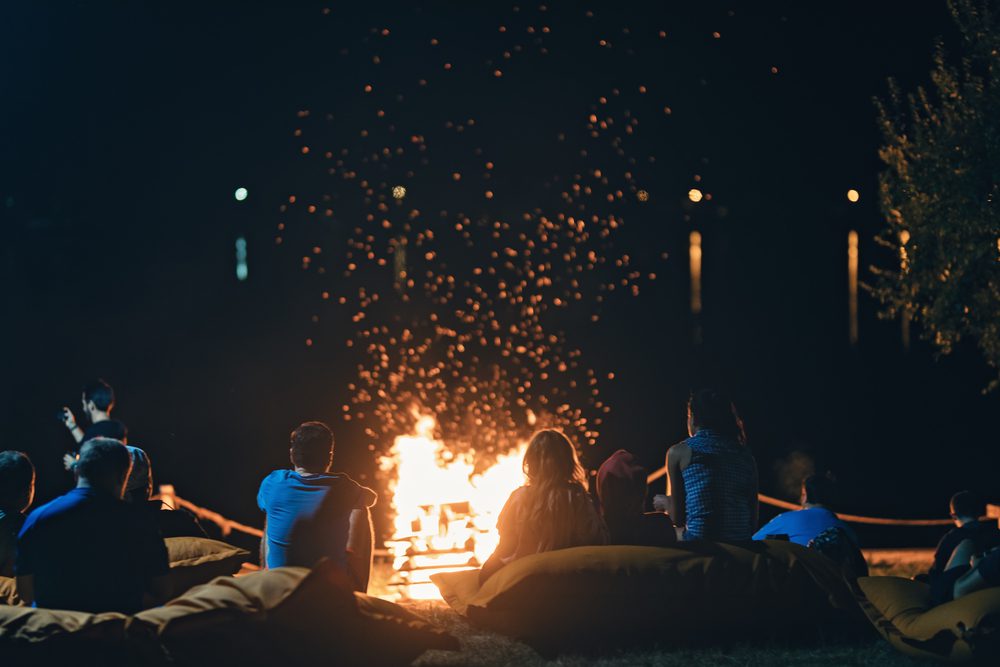 Now, there are some people who don’t like to spend large chunks of time cozying up at home. But that’s okay–it is possible to experience Hygge outside of the home. For Danes, the winters are harsh and long so the majority of their time, from fall until summer, is spent indoors. However, in the summer, Danes spend most of their lives outdoors, soaking up the sun while they can. During these months, the Danes take the practice of Hygge with them. They’ll go boating, fishing, stay in cabins, have picnics, watch meteor showers or see a movie playing outdoors. Every activity involves purposefulness and being in places where you can appreciate the simpler things and have quality conversations with people you care about most.

As Wiking puts it, “Whether you are sitting by a river in Sweden or in a vineyard in France… being surrounded by nature enables you to bring your guard down and adds a certain simplicity. When we are close to nature, we are not engulfed in entertaining electronics or juggling a broad spectrum of options. There are no luxuries or extravagance, just good company and good conversation.”

At the risk of sounding cliché, whether you’re camping in the woods or curled up with a good book in bed, home is where the Hygge is.

Learn more about the World of Inspiration, and discover the wonder of the Southwest, the world’s largest underwater cave, and the art of Raku Inoue.