The Olympic Agora is a tradition with a rich history.

The Olympic Agora is inspired by the “Agora” tradition from Ancient Greece. In Ancient Greek cities, an agora was a vibrant public space where people gathered to eat, drink, sing, and exchange ideas. In that same spirit, the modern Olympic Agora focuses on interconnections between sports and culture by tasking artists to commission works inspired by the Olympic games and their cultural and social impact.

Additionally, the Olympic Agora includes the Olympian Artists-In-Residence Program, which tasks Olympic athletes who have artistic talents to create works inspired by those same themes. This unique project, presented by the Olympic Foundation for Culture and Heritage (OFCH), creates a vibrant environment for the expression of culture, arts, and creativity. In regard to the unique artistic perspective provided by Olympic athletes, one of the 2022 featured artists Laurenne Ross, who balances skiing, writing, music, photography, and art, stated, “Being an Olympian has allowed me to see the world through two sets of eyes: from the perspective of a professional athlete and from the perspective of an artist. My travels as an Olympic skier have inspired much of my artistic work, and allow me to view different cultures from a more balanced and nuanced perspective.”

The inaugural Olympic Agora centered around the 2020 Tokyo Olympic Games and was located in the Nihonbashi District. The initiative, which was on display from July 1st through August 15, 2021, included many unique displays from an exhibition of Olympic treasures to a giant illuminated sculpture that reached 5 meters in height. It also included a photography installation and The Olympic Spirit exhibition which included 145 artifacts and objects from the collections of The Olympic Museum in Lausanne, Switzerland. 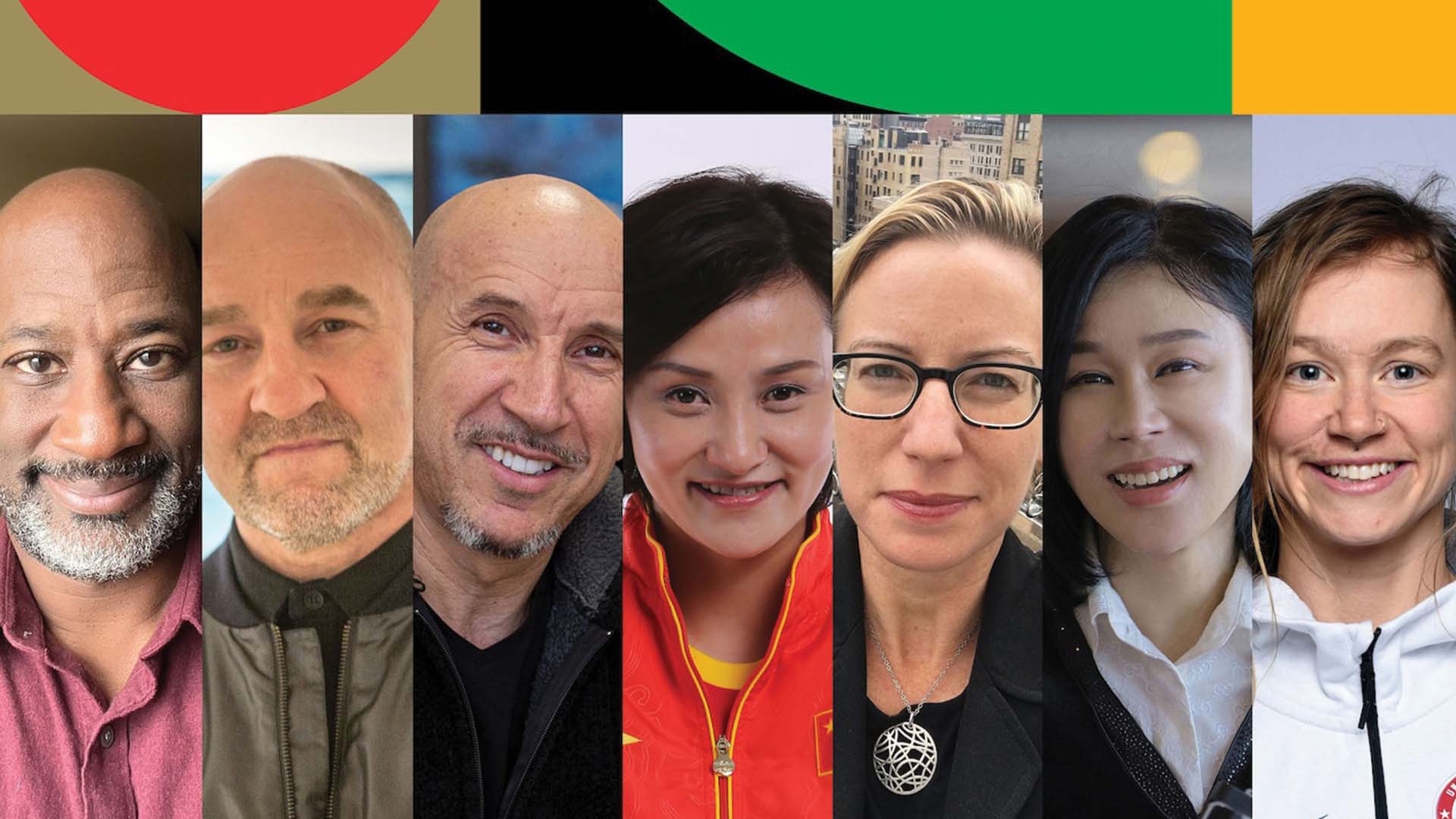 Olympic Agora Beijing also includes two workshop events led by two Olympian artists with the goal of encouraging children to explore Olympic values through artistic expression. Finally, the 2022 Olympic Agora includes an exhibition of rare vintage black-and-white photographs that chart the evolution of the Olympic Winter Games from 1924 to 1968.

Discover more about the World of Creation, and uncover places to experience interactive art, how recycled art turns trash into treasure, and what NFT art is.