In the English town of Burnley, a most peculiar structure stands. It’s three meters tall, made of galvanized steel pipes, and is powered by wind. It’s called the Singing Ringing Tree, and it’s quite possibly the largest windchime on the planet.

Designed by architects Mike Tonkin and Anna Liu, the Singing Ringing Tree was part of a project for the East Lancashire Environmental Arts Network. The goal of the project was to create a collection of landmarks to decorate the countryside, something the sculpture does most readily. It was completed in 2006.

Before being home to the sculpture, the site at Burnley was once home to a re-diffusion transmission station. A decrepit brick building and the remaining telegraph lines were dismantled and, in the case of the lines, recycled. The Tree now stands in its place, an odd sight against the Pennine mountain range surrounding it.

Three hundred and twenty-two pieces of steel in total make up The Singing Ringing Tree, arranged in 21 layers. Each layer is parallel to the next and is supported by rings. At its widest point- the very top- the structure spans over 13 feet in diameter. Despite the stress that this puts on the bottommost layer, the bottom is the narrowest point, measuring just under four feet wide. Computer models calculated the proper amount of rings, bolts, and pipes to keep the art upright, however.

The name comes from two sources: the sound produced by the pipes and an old BBC TV series. Due to the varying length and narrow slits on specific pipes, the Tree produces a sound described as “simultaneously discordant and melancholy, and intensely beautiful,” according to Atlas Obscura. The otherworldly noises are also a good match to the surreal children’s show that shares the same name. 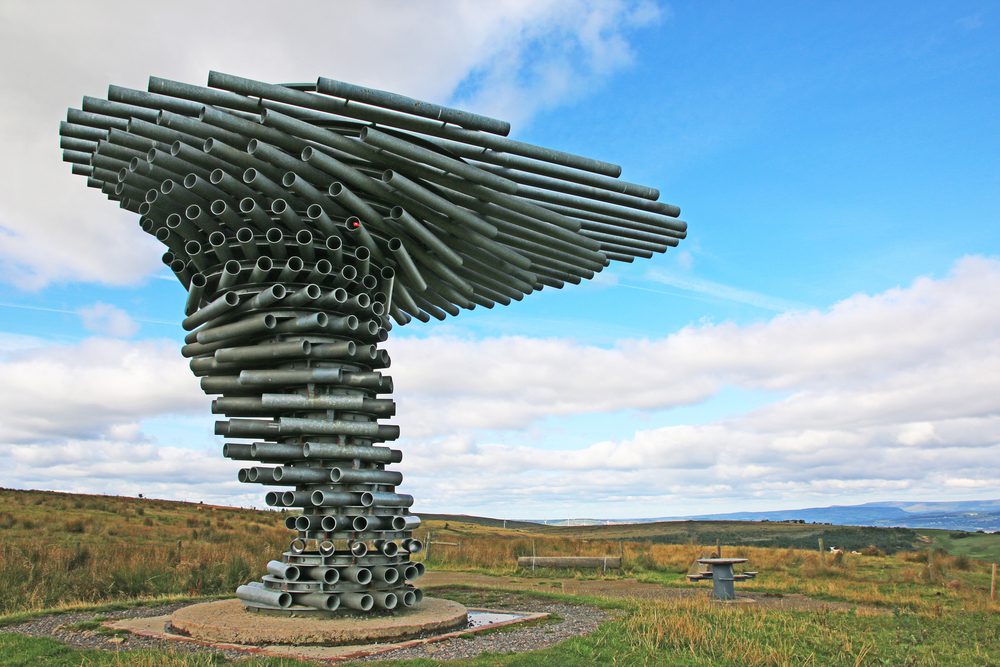 The show is fascinating and bizarre enough to have its own article, but the short version is it was an import from East Germany in the late 60s and early 70s. The classic Brothers Grimm style of storytelling both frightened and entranced children. In 2004, the Radio Times held a poll that named it the 20th spookiest TV show ever.

Going back to the statue, however, it’s had its own fair share of awards. The Singing Ringing Tree was one of 14 winners for the National Award of the Royal Institute of British Architecture for Architectural Excellence in 2007. Ten years later, a second version of the Tree was built in the outskirts of Austin, Texas.

As previously mentioned, The Singing Ringing Tree wasn’t the only sculpture commissioned. There are four in total, collectively known as the Panopticons. “The Atom” was erected near Pendle and designed by Peter Meacock, Andrew Edmunds, and Katrina Novomestska. In Blackburn, Jo Rippon Architecture and Sophie Smallhorn created “Colourfields.” The final Panopticon, launched in 2007, is “The Halo,” built by John Kennedy and located in Rossendale.

Councilor Roger Frost, Executive Member for Leisure and Culture of Burnley told the SSDA (Structural Steel Design Awards) 2008 committee that he’s excited to see how the Singing Ringing Tree will impact tourism. “This unique landmark will support the town’s identity, creating a legacy for future generations.” 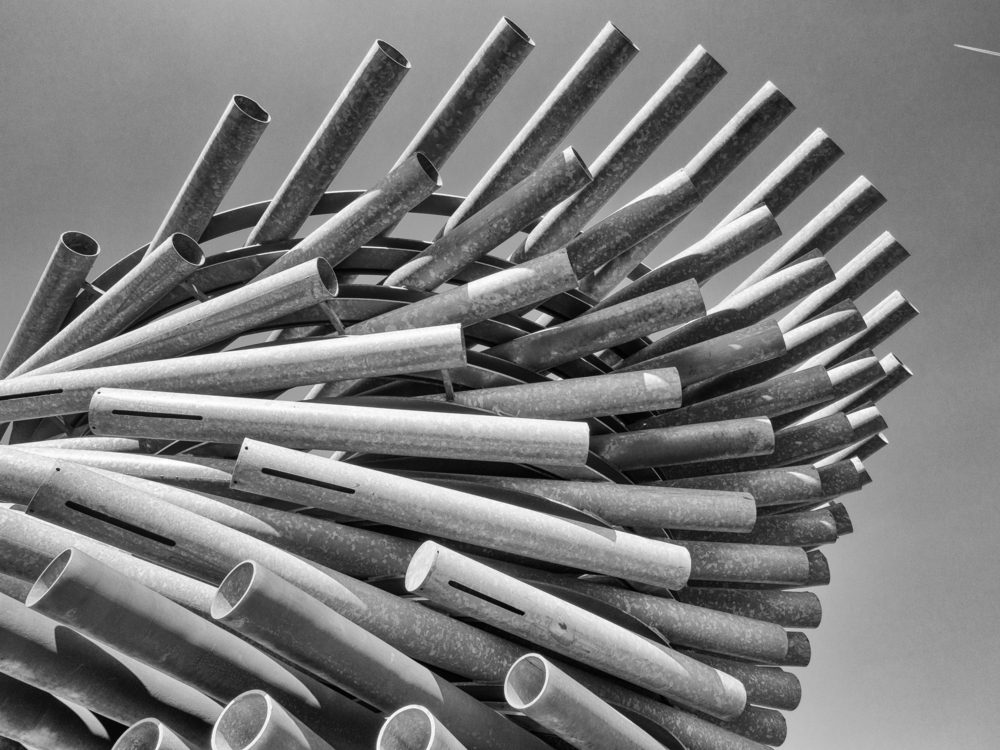 Over a decade later, it’s easy to say that Burnely’s identity is that of an otherwise idyllic country town with an extremely quirky claim to fame. The sounds of the Singing Ringing Tree still echo throughout the town with every gust of wind, making it feel like something out of a video game. Both the original, its sister in Texas, and the other Panopticons stand as some of the most unique pieces of public art in the world.

The Ocean’s “Twilight Zone-” What We Know