When it comes to modern day robots, you might picture hulking, quadrupedal machines that struggle with stairs and uneven terrain. Even humanoid androids that they have two legs share these challenges to a greater degree. It’s pretty unlikely we’ll see a robo-version of the Rockettes anytime soon.

But what if a bipedal robot could do a backflip?

Atlas, built by Boston Dynamics, was recently recorded jumping between platforms before performing the flip. Basically, the robot was doing parkour. But, because of the bulky upper half and spindly legs of most humanoids, shouldn’t this be impossible?

Atlas has consistently shown signs of being more adept and coordinated than its contemporaries. From the beginning, it was touted for  being able to right itself after falling over. In another video, Atlas can be seen pushing open a door and taking a pleasant walk outside in the snow. Admittedly, it stumbles a few times, but never truly loses its balance. The same clip shows it diligently chasing after a box to pick up as an employee bats it away.

Stories involving robots have grown increasingly common in the news. Toyota recently revealed T-HR3, a robot that follows the movements of a human pilot from a “remote maneuvering system.” It’s impressive and able to maneuver all ten fingers, but given how it mirrors an actual human, there’s still room for improvement. The SnakeBot, developed at Carnegie Mellon University, may not have any digits, but it moves similarly to an actual snake and is already being used in search and rescue missions.

On the AI side of things, Sophia, built by Hanson Robotics, was given citizenship in Saudi Ariba in October 2017. Sophia is a celebrity in her own right, appearing on shows like The Tonight Show with Jimmy Fallon. She was interviewed by Khaleej Times and expressed interest in starting a family in the future, even going as far to say she’d name her daughter after herself. Not long after, she announced plans to start a crowdfund for her AI, called SingularityNET.

These advancements have worried more than a few experts, however. Founder of PayPal and CEO of Tesla, Inc., Elon Musk, tweeted his concerns about Atlas in particular, saying “in a few years, that bot will move so fast you’ll need a strobe light to see it.” He also suggested regulating them, similar to how we regulate food and aircrafts. Fei-Fei Li, chief scientist of AI/ML at Google Cloud, is much more optimistic, tweeting that cooperation between humans and artificial intelligence is the key to the future. She also said that, as of this moment, “we are closer to a wash machine than the Terminator.”

She has a point. Ocado, an online food retailer, revealed their latest robot to the public: an oversized arm that specializes in grabbing and placing groceries. By using suction technology and a camera, the bot can identify which product to pick up and which bag to put it in. The advantage of using automaton over a human- they currently both perform at about the same speed- would be efficiency, including the ability to work 24/7 without breaks. 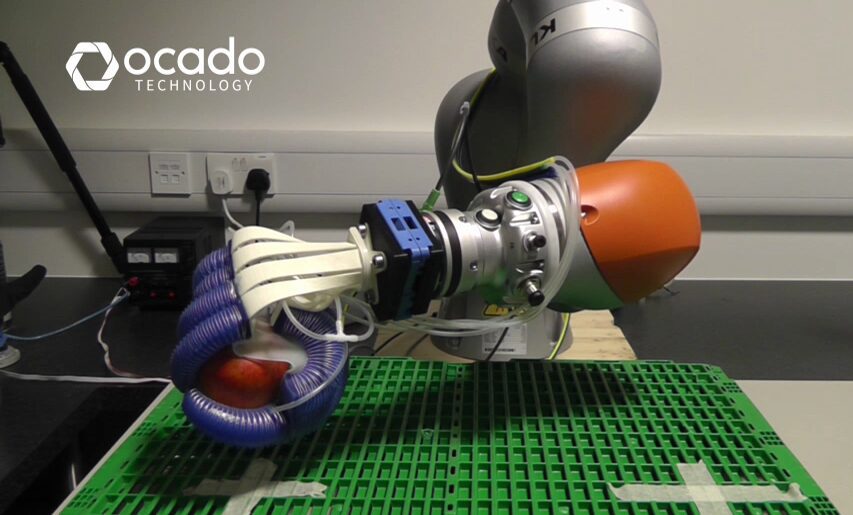 Similar cases of robots replacing repetitive and menial jobs has sparked debates in both the academic and economic communities. For now, though, your bagger at your local grocery store will remain flesh-and-bone. Suction works fantastic for cans and boxes, but fresh produce is easily damaged.

Nevertheless, these advancements in robotics are worth analyzing. We’re getting closer to a truly automated world where robots and humans coexist (whether peacefully or not). For now, though, the fear of a robot uprising is still some ways off. It may be more pressing to worry about seeing a robot gymnast at the 2020 Olympics.